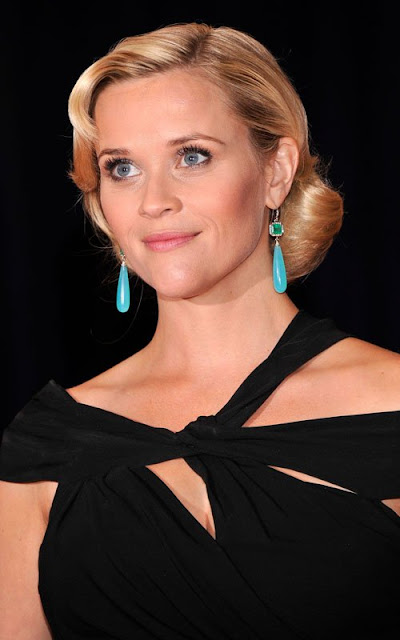 
Can you say flawless?  Reese Witherspoon is in her second trimester and she looks glowing and beautiful as she arrives at the White House Correspondents Dinner as a guest of Newsweek/Daily Beast.  As I mentioned before in this post, Reese is dressed by Leslie Fremar who ranked number two this year on The Hollywood Reporter's Top Stylist List.  I don't have information yet on who the designer of the dress and jewels are, but stay tuned for a breaking update as soon as I have the inside scoop.  By the way, the top to this dress reminds me of another famous Nicole Kidman dress the year she won the Oscar for The Hours. The year was 2003 and the designer was Jean-Paul Gaultier.  Take a look at the similarities.  Nicole always leads the fashion way for the younger generation. 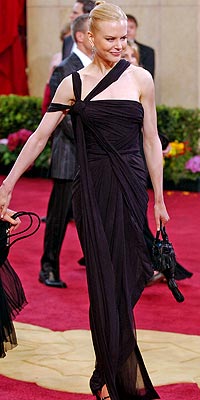 Here are my two runner-up choices:

Kate Hudson, who is styled by Rachel Zoe,  in a stunning sequined purple gown.  Uh, she had a baby 9 months ago.  Impressive. 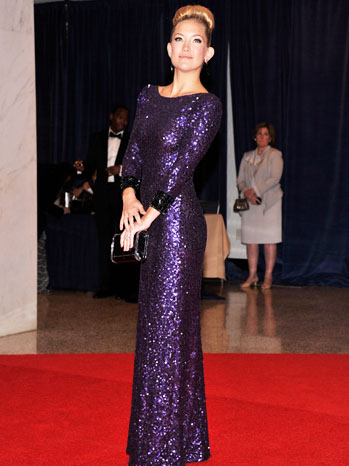 Finally, one of my favorite actresses to interview, Leslie Mann.  She's just a gal you would like to kick back and have cocktails with because she's darn funny.  Her dress choice is a bit unexpected for the White House Correspondents Dinner, but I think it's the perfect spring gown-fresh, floral, and colorful. 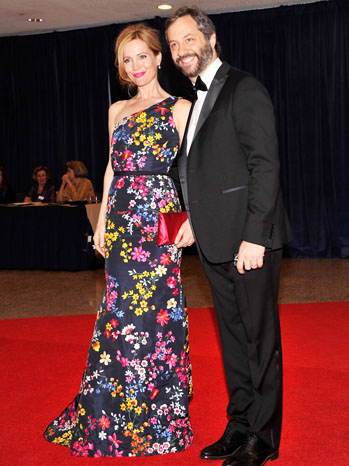 Who do you think looked best at this weekend's White House Correspondents Dinner?  Chime in here, on Facebook, Twitter, or Google Plus.
Posted by Kristyn Burtt at 9:00 PM