DWTS: It's Time To End The Zendaya Debate 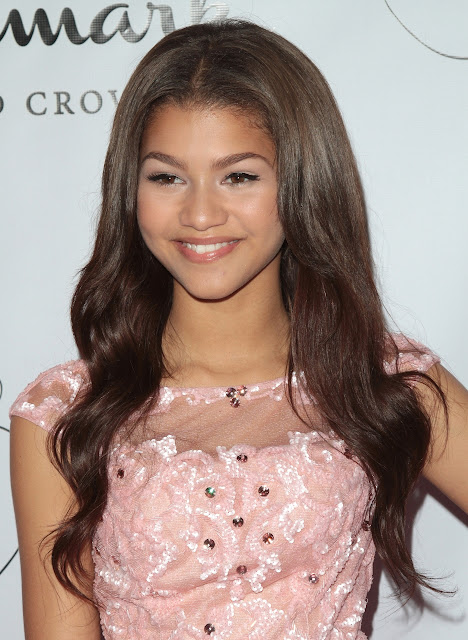 She's not a ringer, she's a girl who has had Hip Hop classes. I might take this debate more seriously if she were a trained ballet dancer or ballroom dancer, but it's time to stop.  Here are my reasons for ending the Zendaya discussion on DWTS:

1. It's a TV show: Having great dancers and bad dancers all lumped into one variety show is fun. I cheered on Andy Dick as much as I have cheered Zendaya and Kellie Pickler this season.  I did make fun of Sean Lowe's dancing a bit, but it made for some interesting topics of discussion on our AfterBuzz TV show.
And guess what? By constantly debating that "Zendaya is a ringer" and "Kellie is being underscored"(Although the "7" from Len was ridiculous, it also made for good TV.) topics, you are playing into exactly what ABC wants...controversy.  It makes for good television and it gets us all watching each week.
One other argument is that ABC wants to promote its own network stars. If you look at the statistics, this is a bad argument.  Let's look at the ABC stars who have won DWTS:  Season 1 Kelly Monaco, General Hospital. That's it, kids.  You could argue Melissa Rycroft from Season 15 as she is a former ABC employee with The Bachelor franchise/former GMA & Bachelor Pad host, but ABC has not used her in that capacity since April 2012. If there were a series of ABC winners, I would agree with you. 1 winner out of 15 does not make for an ABC push for a winner.

2.  Zendaya Hears You:  If you think this 16-year-old doesn't hear your criticism, she does...and she takes it personally.  If you read her Access Hollywood blog, she knows exactly what is going on in the forums.  I feel badly for her because I remember being 16 and we don't need to help anyone's teen insecurities along. 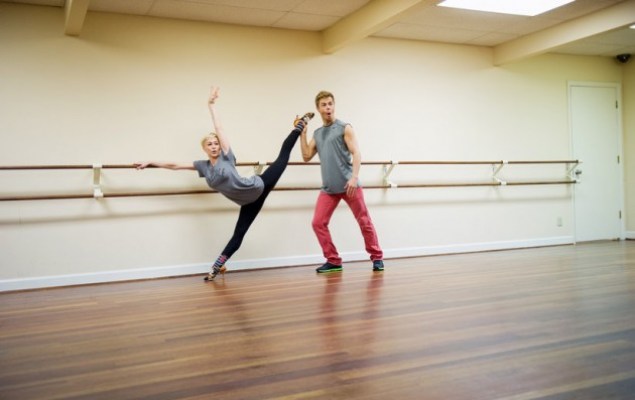 Even with dance training, Zendaya doesn't have lines like Kellie does. Beautiful!

3.  Twitter followers:  Yep, Zendaya has more followers than anyone, but she's also of a generation that is more tuned into social media than say...Wynonna's fans.  Different generations, different demographics, different use of social media.
I know many of you are upset that Zendaya got Hip Hop this week. She asked for it, the fans gave it to her. Aly asked for Afro-Jazz, Kellie asked for Flamenco, everyone got the exact dance they wanted. While Flamenco might be harder for Kellie than Hip Hop is for Zendaya, it is Derek who wanted this dance. He has something in mind choreographically just the same way Mark wanted to try Afro-Jazz on Aly.  They know their partner's strengths.
Also, ABC is trying to keep up with the times and keep this show as interactive as possible for all of the fans.  Twitter is social media site that keeps growing while Facebook's growth has stagnated over the last two years, that's why they are using it for voting.  While not every experiment on DWTS works, I like that they are trying to keep current and relevant.

Honestly, I would rather talk about the great dancing we are seeing from Zendaya and Kellie this season and how much I've enjoyed watching them each week.  Val and Derek have both stepped up their game choreographically and it's been a treat for the viewers.  With two weeks left, let's end the debate and see who's going to come out on top.  Remember last year, we all thought Shawn Johnson was going to win.

Let's end the debate. You are missing some good dancing.

UPDATE:  Thanks for all of your responses so far. While some of you agree with me, I want to address those that don't agree with me...of course, I respect your opinion. However, hurling insults my way weakens your case. Instead, why don't you comment below and give me some facts to back up your argument.  I am totally up for rational discussions. It's refreshing to hear a different perspective when it's done with respect.

The other thing you must remember is that I compliment both Zendaya and Kellie in this post. I like them both. I haven't chosen sides.

I also want to disclose I have interviewed Zendaya many times, so I was very familiar with her work pre-DWTS. If you want to see some of that coverage, go here and here.

Anyway, thanks for all of your feedback. I appreciate it!

Posted by Kristyn Burtt at 8:26 PM