Behind the Scenes of Urban Wolf 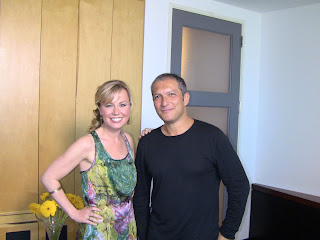 I came upon this series at last year's iTVFest and The Web Files interviewed Laurent Touil Tartour on the red carpet.  Along with Oz Girl and MERRIme.com, this series had quite a bit of buzz surrounding it.  When it was announced in March that Sony/Crackle.com had licensed worldwide global distribution rights for Urban Wolf, no one was surprised.  The series is THAT good.  Fast forward to the iTVFest Fundraiser in April where someone whispered that Laurent had just signed a deal with Michael Bay's The Institute, and I knew we had a big web series success story on our hands.  The show launched May 13th on Crackle.com and I have to say, I was really inspired by his story. 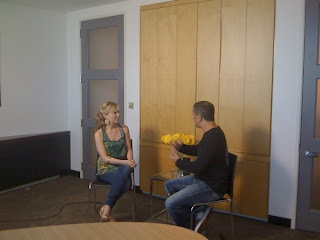 Once the details for The Web Files interview were in place, I was asked to submit my questions to Laurent because of the language barrier.  Now let me preface this by saying I NEVER give my questions out before, but I knew Laurent was a bit nervous, so I sent some general questions over with the caveat that my interviews are free flowing.  I thought he would be fine throughout the interview, and I was right, he was.  Laurent is charming, smart, and a good storyteller.  Obviously, his charm came through on the screen as Web Series Today made a comment about my flirtatious interview with him. Hey, he's French, he's got an accent, that's a good reason to flirt!

I'm so pale, our makeup artist, Melissa Anchonodo, is doing her best to warm me up with bronzer.  I was that day glow white. 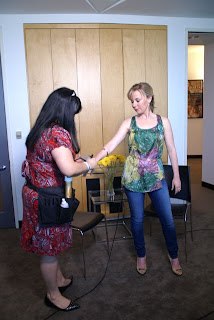 The reason this series stands out amongst the pack is its cinematic feel and the utilization of mise en scene.  You don't hear the main character utter a word until Episode 7, and boy, is it effective.  The other thing you have to remember is that Laurent is French, so he dove straight into the web series world through the festival circuit.  I think this is really important to point out. I have been talking about Publicity and Web Series lately and I truly believe that this a great way to stand out from the pack. Laurent hit Comic Con, iTVFest, AFI DigiFest, and Sundance New Media Lab all within the past 10 months.  Of course, the challenge is getting accepted into the festivals, but I think it is an avenue web creators should continue to explore.
Finally, if you notice in the photo below, we have no poster on the wall.  Yep, that was added in post by our amazing graphics artist, Michael "Cobra" Ledin.  Cobra is one of my Technical Directors for Toyota Live during the year, and he kindly offered up his expertise for this episode.  He's a wizard with a computer and he is pretty darn funny too. 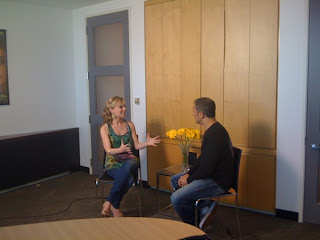 So, go ahead, be inspired, and watch our interview with Laurent Touil Tartour on The Web Files:
Posted by Kristyn Burtt at 9:54 AM