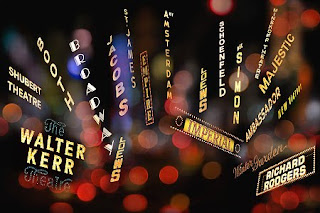 It's that time of year again.  Yes, a time of singing, dancing, and channeling your inner theatre geek with the 64th Annual Tony Awards.  If I could move Broadway to Los Angeles, I would.  That's how much I miss the rich theatre scene in New York.  However, LA is starting to step it up their relevance in the theatre world and I am going to throw a few of my hard earned dollars at Reprise's How to Succeed in Business Without Really Trying this week starring John O'Hurley, Ed Asner, Vicki Lewis, and Simon Helberg. Run by Jason Alexander (Yes, George Constanza runs a theatre program.), the organization does a great job of breathing new life into "rarely revived" musicals and enhancing the LA theatre world.  If you're like me though, you want the glitz and glam of award show season and The Tonys rarely disappoint.  I don't know how they will top last year's fun with host Neil Patrick Harris, but here are a few opportunities to participate in some of the fun: 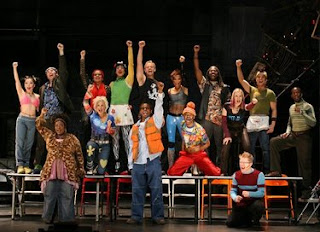 Macy's wants to send you to the Tony Awards!  Instead of just an "enter and win" scenario, Macy's is going to make you work for it.  Show off your talent and you could be on your way to the Big Apple and hobnobbing with Broadway's elite talent.  Here's how it works, head on over to the Tony Awards page at CBS, sing your heart out, record it, vote, vote again, and hopefully win!  Simple right?  Here are the details:


Macy's Invites You to Sing Your Way to the Tony Awards

Upload a video of yourself singing one of the following songs and you can be in the running to win a trip to the 64th Annual Tony Awards on Broadway.


96,000, In the Heights
Gimme, Gimme, Thoroughly Modern Millie
Good Morning, Baltimore, Hairspray
I’m Gonna Wash that Man Right Outa my Hair, South Pacific
Lonely Goatherd, The Sound of Music
Maybe, Annie
One, A Chorus Line
Stars, Les Misérables
Ya Got Trouble, The Music Man
MUSIC CLEARANCES FACILITATED BY MUSIC THEATRE INTERNATIONAL, THE RODGERS AND HAMMERSTEIN ORGANIZATION, AND TAMS-WITMARK MUSIC LIBRARY. SONGS PROVIDED COURTESY OF COPYRIGHT HOLDERS.
Get Started:
1. Upload your video by May 27th noon PT
2. Vote on yor favorites from May 27th to June 1st to help determine the top 5 videos.
2. Return on June 3rd noon PT to view and vote for your favorite of the top 5.
There are some great songs listed.  I am a bit partial to "Good Morning, Baltimore" from Hairspray, but we all know what a winner Annie is, you can never go wrong with that little redheaded mop top.  Good luck!

If you are already going to be in NYC on June 13th, then this is a great affordable excuse to go to a Tony Party.  Broadway producer, Ken Davenport, in conjunction with BroadwaySpace.com is throwing a fun viewing party at Blondies on the Upper West Side.  The night promises unlimited food, contests, raffles, Broadway karaoke, and two Broadway stars from Hair hosting the event all for $25 if you grab your tickets now.  Since Ken is a pal from my NYU days, I know you won't be disappointed.     So, at least there is a Plan B if you don't win Macy's Ticket to the Tonys.  It might not be a seat in Radio City Music Hall, but you still get to hobknob with a few Broadway stars!
Posted by Kristyn Burtt at 9:49 AM