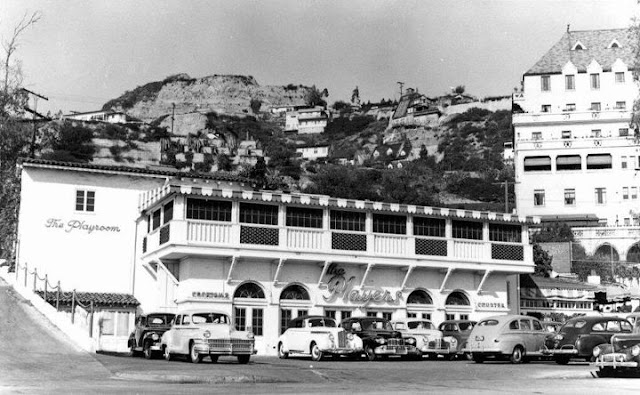 I stumbled upon this article in The Hollywood Reporter while traveling on the plane to New York yesterday.  The long-shuttered Miyagi's on Sunset Boulevard is being turned into a Pink Taco.  It's hardly newsworthy since that location always has a new incarnation on the boulevard for each generation that flocks to Hollywood......The Roxbury, Imperial Gardens, Miyagi's, Pink Taco.  The interesting thing is what was unearthed at that location during the current renovations:  a secret passageway between the original occupant, Preston Sturges' Players Club and the famed hotel, Chateau Marmont.  Rumor has it that big stars like Humphrey Bogart and literary types like F. Scott Fitzgerald frequented the Players Club and used the VIP tunnel to avoid the paparazzi.  It was also a way to usher your mistress over to the hotel without the prying eyes of the press, hence the nickname, the "tryst tunnel".  The tunnel is now closed per order of the city of Los Angeles, but I love that an old Hollywood relic has its own skeletons hidden below the surface.  Everyone has a secret in this town....even the Pink Taco.  Now, 'fess up, did you ever dance on the tables at Miyagi's? 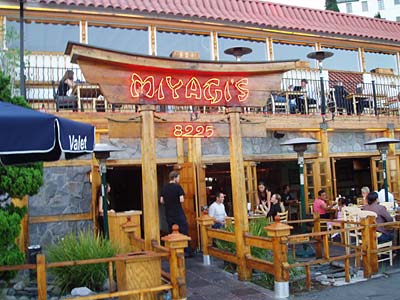