Last year, I wrote about The Hollywood Reporter's top 25 stylist list (THR) and I added a bit of commentary about what I saw on the red carpet during the 2011 awards show season.  That post became one of my most popular of all time.  In fact, you will see that the post is still listed in my Top 5 posts of the last month.  So, I am happy to deliver THR's 2012 list and let's see if we agree on the choices.  Here we go....... 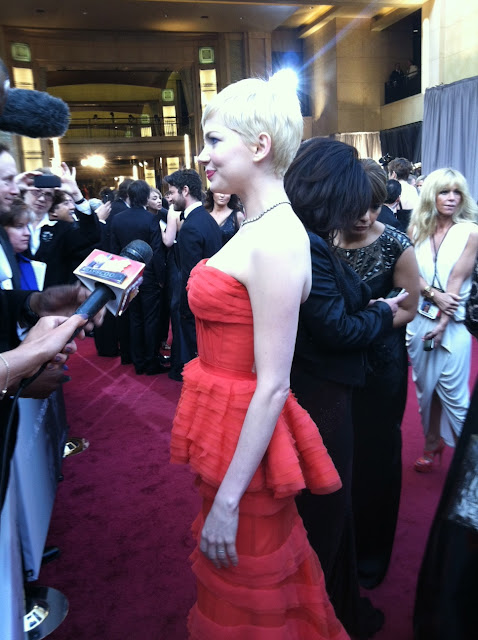 Michelle Williams with Nate Berkus in the background.

1.  Kate Young:  Last year, Kate was number two on the list behind Rachel Zoe.  THR bumped Rachel Zoe into her own stratosphere as "too big to rank", so Kate is the number one stylist this year.  She dresses Michelle Williams, Natalie Portman, and Rachel Weiz.  The photo above is one of my personal photos of Michelle from the Oscars in her tangerine Louis Vuitton gown. I know not everyone loved this look, but it was divine in person.  Rank Last Year:  2

2.  Leslie Fremar:  She dresses Charlize Theron, Julianne Moore, Reese Witherspoon, and Scarlett Johansson.  It looks like Scarlett hopped on over from Nicole Chavez to Leslie after last year's disastrous Oscars look.  She also dressed a pregnant Reese Witherspoon for the Golden Globes and we certainly had no idea she was with child.  Huge star client list, but I wasn't wowed by what I saw this season.  Rank Last Year:  9 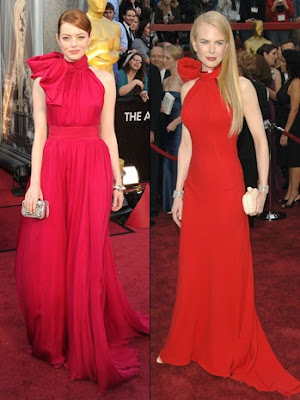 3.  Petra Flannery:  I think Petra is doing stellar work with her big It girl client, Emma Stone, but I couldn't figure out why she dressed Emma in a knock-off gown of the dress Nicole Kidman wore just 5 years before.  The Balenciaga dress was iconic, so I am surprised they went that route.  Flannery also dresses Claire Danes, Zoe Saldana, Mila Kunis, Megan Fox, and Faith Hill.  Rank Last Year:  3 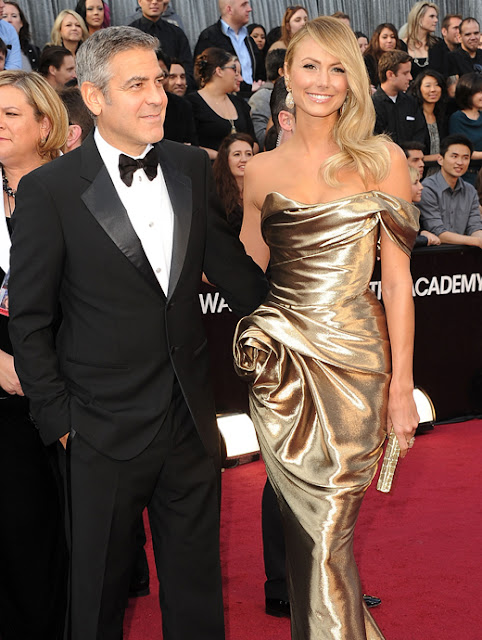 I love this gold Marchesa dress on Stacy Keibler.

6.  Jen Rade:  The leg heard around the world.  Yep, this is the gal who put Angelina Jolie in that Atelier Versace dress with the slit up to there.  I kept hearing rumors that Angelina was paid to wear the shoes and this was a great way to show them off.  I couldn't find any confirmation of this, but it's a fun, fashion rumor.  Rade also dresses Pink and Katherine McPhee.  Rank Last Year:  4

9.  Deb Waknin:  Yes!  This woman worked miracles on Sofia Vergara all awards show season. Vergara looked beautiful and sophisticated with her hour glass figure.  She had a bit of a miss with an ill-fitting dress on Sandra Bullock at the Oscars, but Waknin's clients usually look flawless.  She also dresses Halle Berry and Diane Keaton.  Rank Last Year:  7 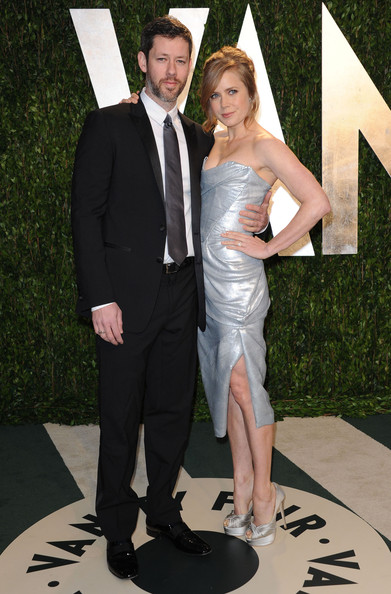 10.  Cristina Ehrlich:  Hmmm, I've been very critical in the past about Ehrlich's work with actress Amy Adams, but this year they got it right at the Vanity Fair party.  So, I won't pass judgment this year.  She also dresses Penelope Cruz, Amber Heard, Tina Fey, and Julianna Margulies.  Rank Last Year:  6 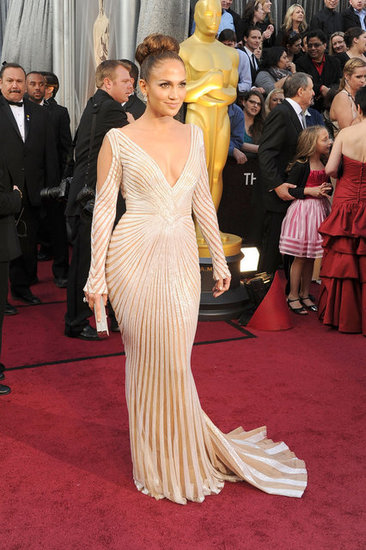 She's beautiful, but this look has been done before.

13.  Rob Zangardi and Mariel Haenn:  I did not love Jennifer Lopez's Oscar look this year because she's worn it before.  I found it rather snoozy.  However, JLo looks the best she ever has and her stylists keep showing off those awesome curves.  They also dress Rihanna, Rachel McAdams, and Lily Collins.  Rank Last Year:  15 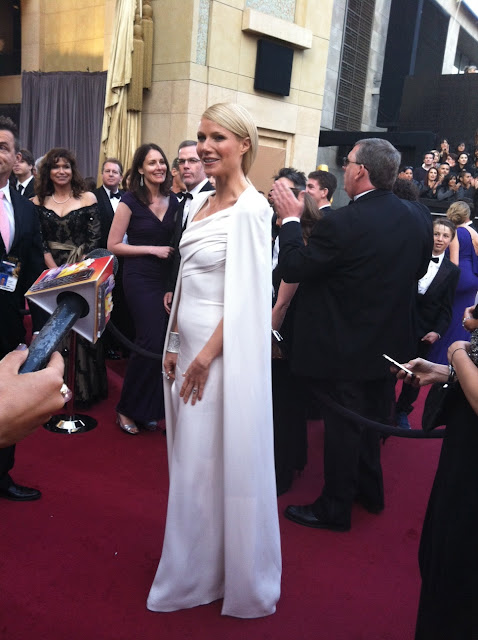 My personal photo of Gwyneth from the 84th Annual Academy Awards.

15.  Cher Coulter:  She is the IT stylist for the IT girls of Hollywood.  Think Kate Bosworth, Rosie Huntington-Whiteley, Elizabeth Olsen, and Sienna Miller for fashion styling.  She also partners with Bosworth for JewelMint.  Rank Last Year:  N/A

17.  Jessica Paster:  She styled Bridesmaids star, Ellie Kemper, for the Oscars.  I thought she looked pretty, but it wasn't a "Wow".  I expect more for the Oscars.  Paster hasn't had that A-List clientele in a few years, but she's still powerful enough to rank on this list.  Other clients include:  Emily Blunt, Felicity Jones, and Andrea Riseborough.  Rank Last Year:  14 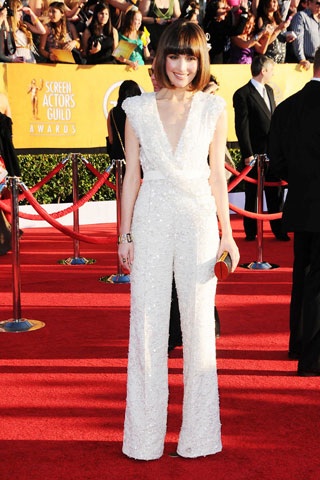 18.  Penny Lovell:  Lovell deserves to be on this list after that divine Elie Saab Couture pantsuit that she dress Bridesmaids star, Rose Byrne in at the SAG Awards and then capped off the awards season with a Vivienne Westwood gown at the Oscars.  Two wins for Byrne and Lovell.  She also dresses Ginnifer Goodwin.   Rank Last Year:  N/A

19.  Wendi and Nicole Ferreira:  These sisters did a wonderful thing for the woman who won every award along the way, Octavia Spencer.  They made a curvy girl look her best at every award show she attended this season.  I wish Melissa McCarthy had taken a play from the Ferreira/Spencer playbook.  They also dress Josh Hutcherson, Elizabeth Banks, and Channing Tatum.  Rank Last Year:  N/A 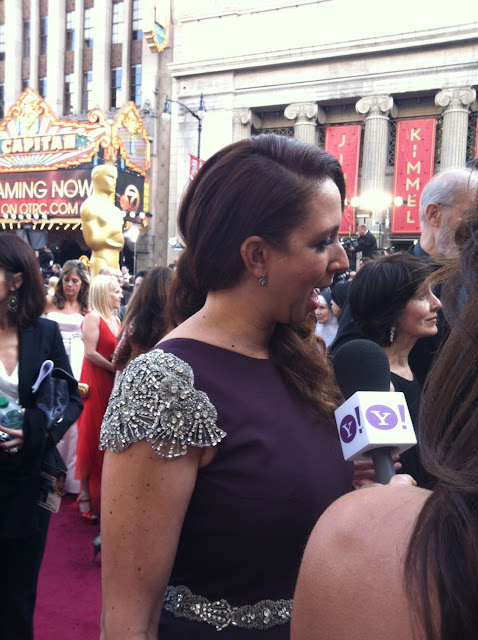 Another personal photo from my spot on the red carpet.

20.  Brad Goreski:  We've all watched this season's It's a Brad, Brad World on Bravo and we know his relationship with Rachel Zoe is irreparable.  I have a feeling that the fact that Demi Moore and Jessica Alba jumped ship to Goreski's services might have something to do with it.  He also styles Rashida Jones, Noomi Papace, and Maya Rudolph. I did not think Rudolph's Johanna Johnson Oscar dress was a huge success, but I look forward to more from Goreski.  Rank Last Year:  22

23.  George Kotsiopoulos:  He's still styling stars like Janet McTeer and Alice Eve even though he helms E!'s Fashion Police alongside Joan Rivers, Kelly Osborne, and Giuliana Rancic.  I loved what he did with Janet McTeer this year, she looked elegant and sophisticated at every event.  Rank Last Year:  19

24.  Arianne Phillips:  She was an Oscar nominee for Costume Design on W.E. this year and she solely focuses on her client, Madonna.  Eh, I respect the Oscar nomination the most.  Rank Last Year:  N/A 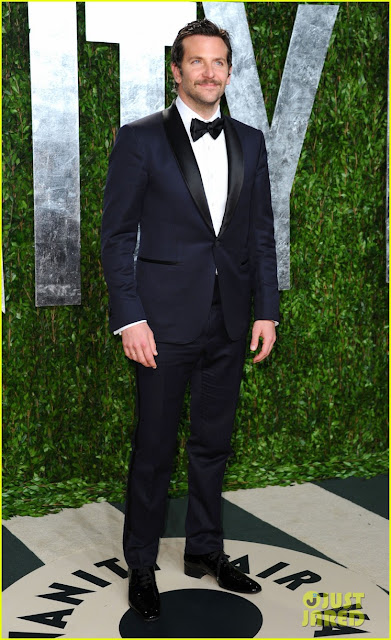 There's the list for 2012 with all of my personal comments.  Do you agree or disagree with the list or my thoughts on fashion?  I would love to hear from you. Comment in the section below or join me on Twitter or Facebook.

Posted by Kristyn Burtt at 6:04 AM