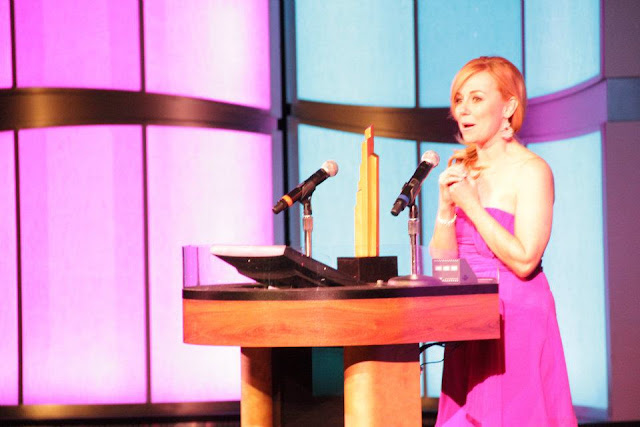 Wow.  I just spent a whirlwind 36 hours criss-crossing the US to make it to the IAWTV Awards.  As I had mentioned during the nomination process, everything was an incredible surprise.  Thursday night was an even bigger surprise with 2 wins for Best Hosted Web Series (Taped) and for Best Host in a Taped Web Series.  I had not prepared a speech.  Seriously.  I just didn't think this was our year, so when I heard my name called, my knees buckled, and it took everything in me to climb three stairs to get to the stage.  I didn't remember a thing I said, so I went back and watched a replay of the live feed.  Okay, I sounded relatively coherent.  (See my section beginning at 1:47:11) 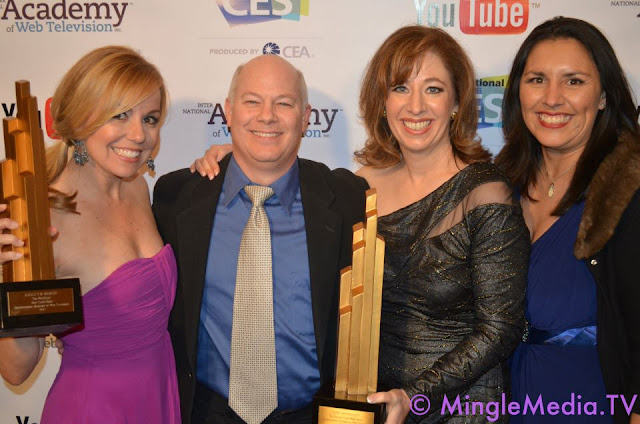 What was important to me was the show win.  Four out of five of The Web Files crew was in attendance, so it was a wonderful way to celebrate together.  Without the creative minds of Sandra Payne, Perry Payne, Jenn Bobiwash, and Melissa Anchondo, the show would have never happened.  It has been such an honor to work with them and perhaps you will see another episode in 2012.....stay tuned.  I had such a wonderful time in Vegas catching up with my web TV peers and enjoying the sunshine since I have been working in gray Detroit.  I just felt happy all day.  It was such a win for me to be there to attend the show, so the results of the show were more than I could ever ask for.  Thank you to everyone who made my day special, it means more to me than you will ever know.

Finally, a huge "Congratulations" to the IAWTV organization and the Awards Committee for putting on a show that the web community deserves.  I hope you all enjoyed a cocktail or two....you earned it! 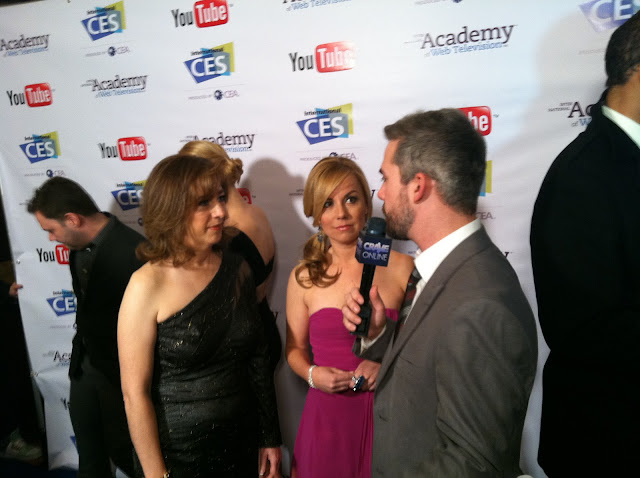 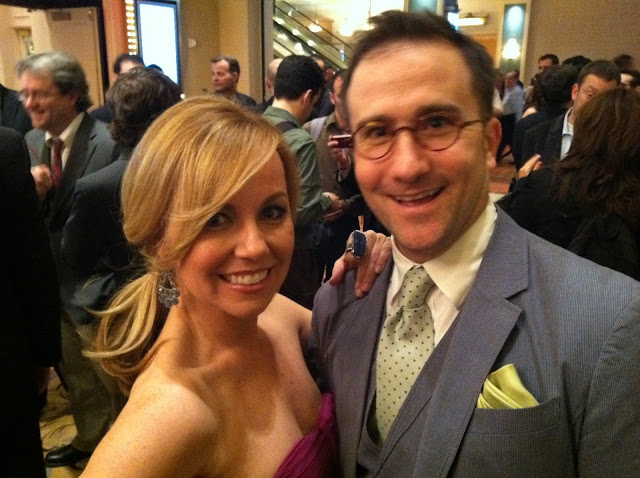 One of my favorite photos of the night:  with Brian Rodda. 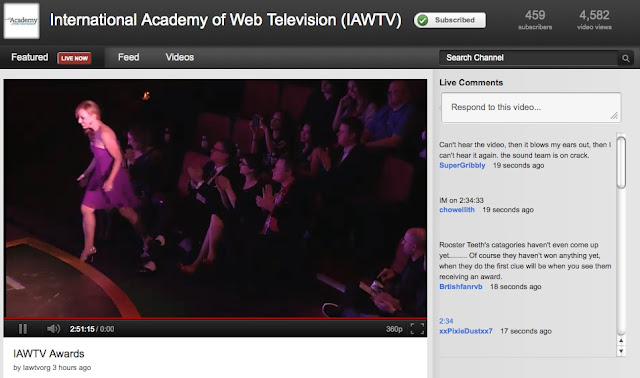 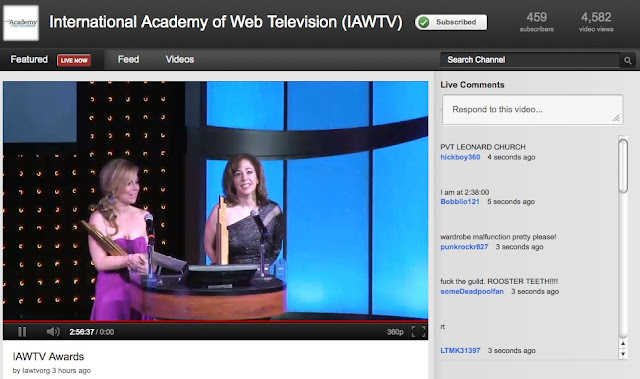 I giggled when I saw someone in the forums was looking for a "wardrobe malfunction".  Silly rabbit, if you knew me better, you would know I tape everything down before I hit the red carpet. 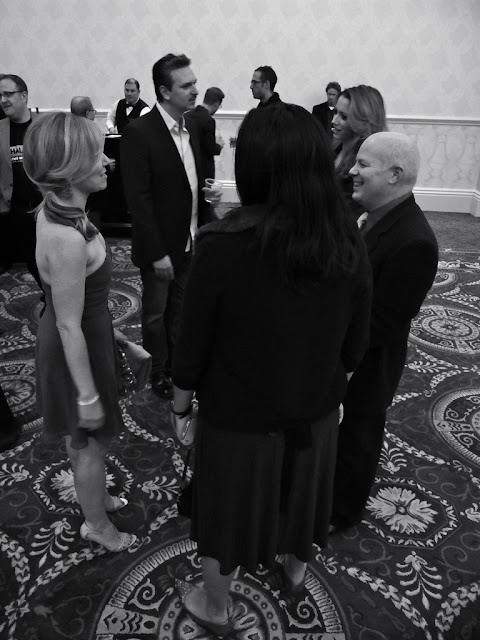 I love these black and white shots by Kent Nichols. 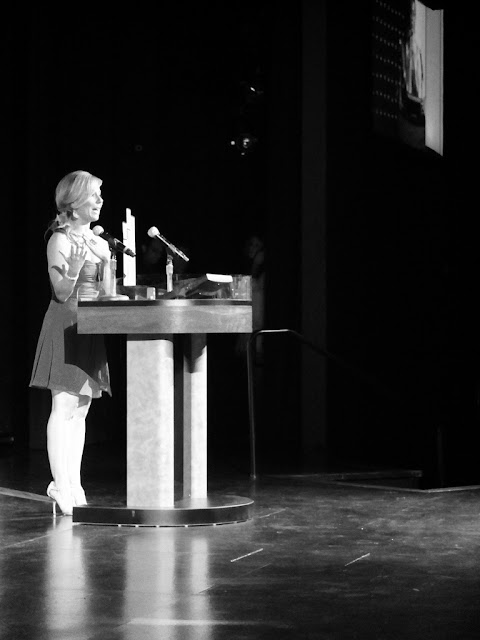 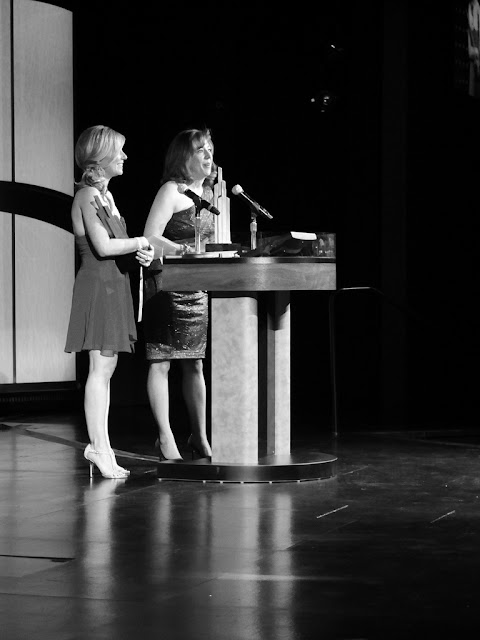 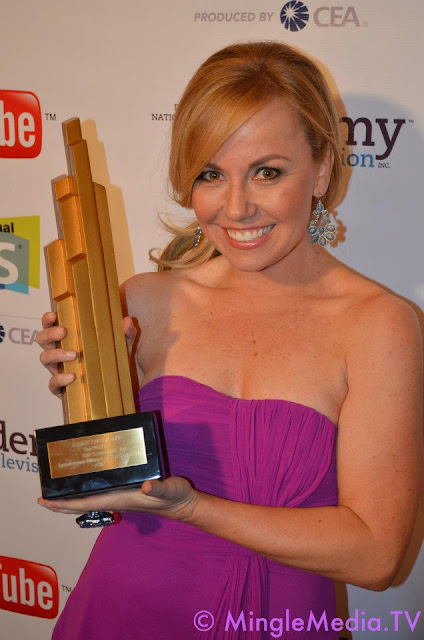 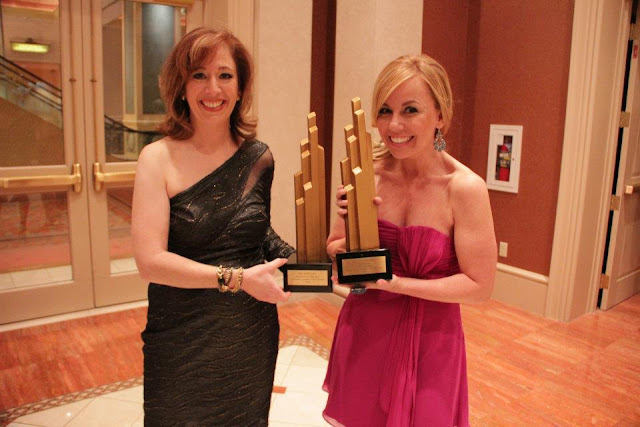 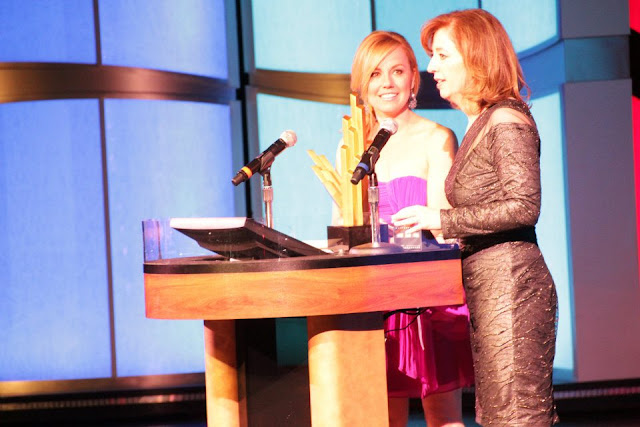 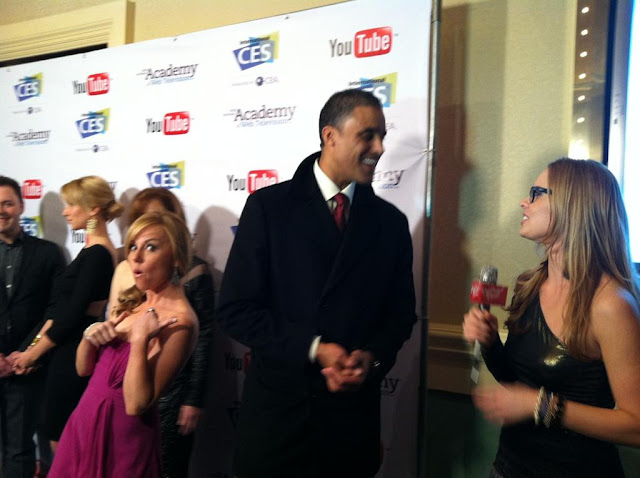 Always be photo bombing.  Me and the foxy Rick Fox with Misty Kingma. 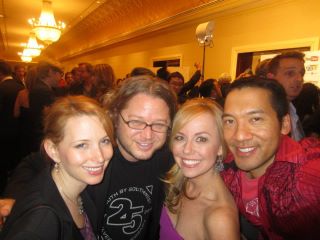 Tamara Krinsky (my buddy from Stagedoor Manor!), Mark Friedlander, me, and Kevin Winston. 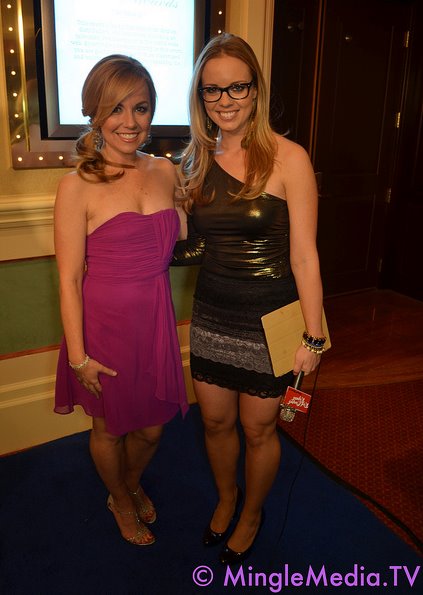 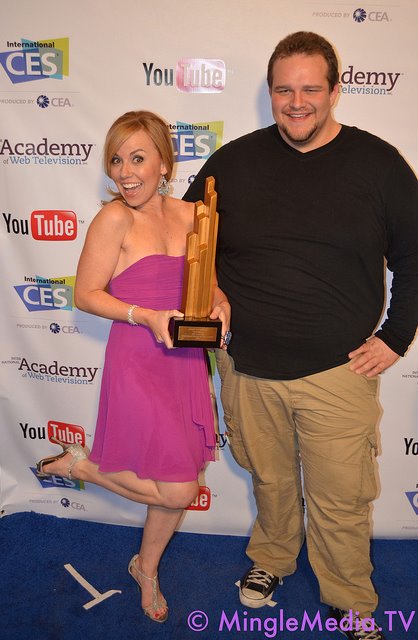 Hamming it up on the blue carpet with Red Carpet Report's JD Piche. 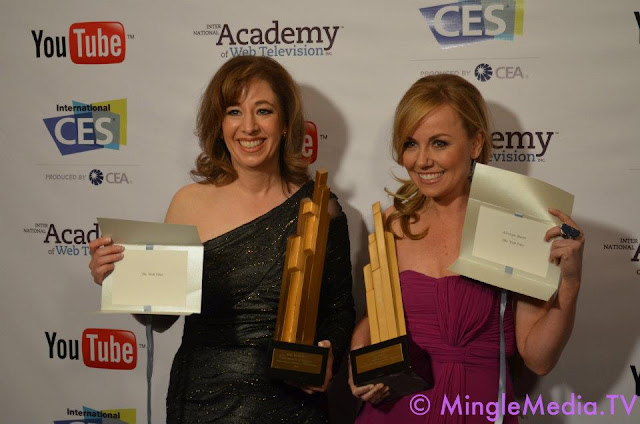 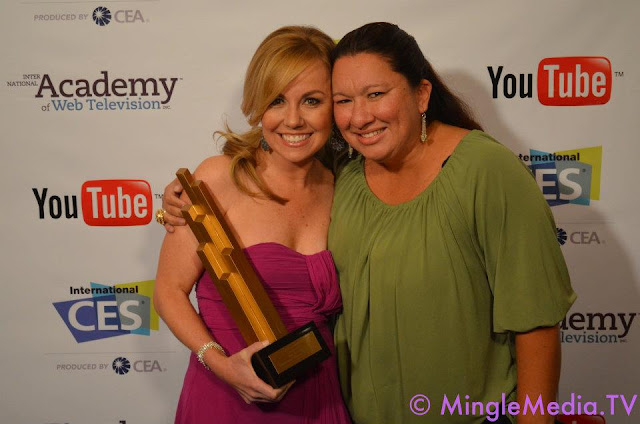 Team KB in full force at IAWTV Awards:  Melanie Marquez of M4PR was a red carpet ninja on Thursday night. 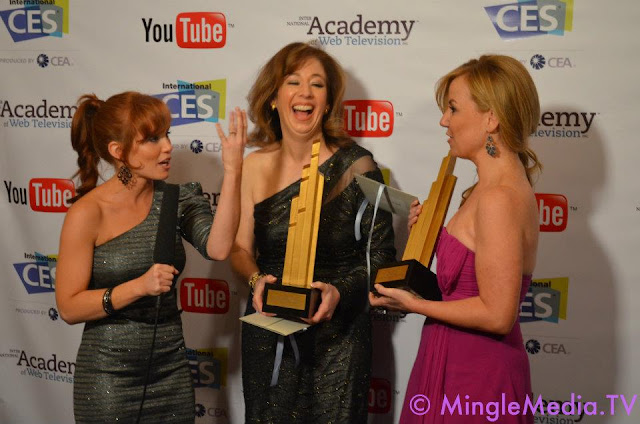 I've interviewed her, now she's interviewed me.  Paula Rhodes takes over my role on the red carpet.  Nice work, lady!

Photos courtesy of Mingle Media TV, Brenda White, Jenn Page, Kent Nichols, Indie Intertube, and Digital Hollywood.  They may not be used without my permission.

Posted by Kristyn Burtt at 9:52 PM