I've been laying low the past couple of days because I know I have a big week coming up with the Oscar Nominations on Tuesday morning. I will be wrapping up NAIAS in Detroit on Sunday and hopping a plane back to my favorite place in the world....home.  I miss LA's sunshine and warm weather, I just don't think I am cut out for winter these days.  Here's my Friday Five for you this week: 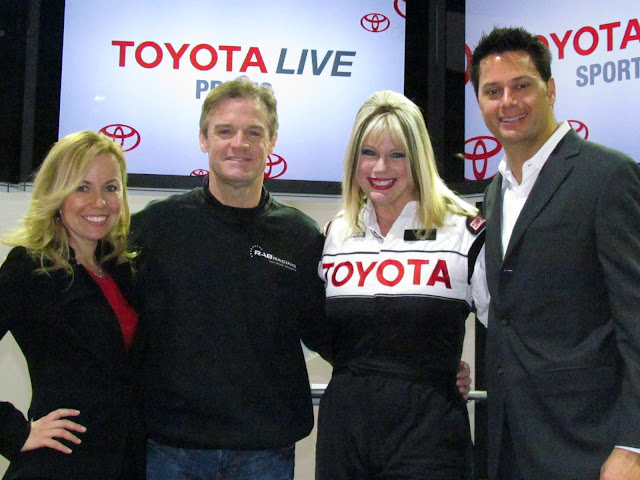 1.  Toyota Live:  We have a lot of guests that come through our show in different cities, but Kenny Wallace, a Toyota Racing NASCAR driver, easily was one of the nicest and most engaging guests we have ever had on our stage.  He took the time to talk with each and every fan before signing autographs and taking photos with them.  I love watching people interact with their heroes.  It's really sweet to watch. 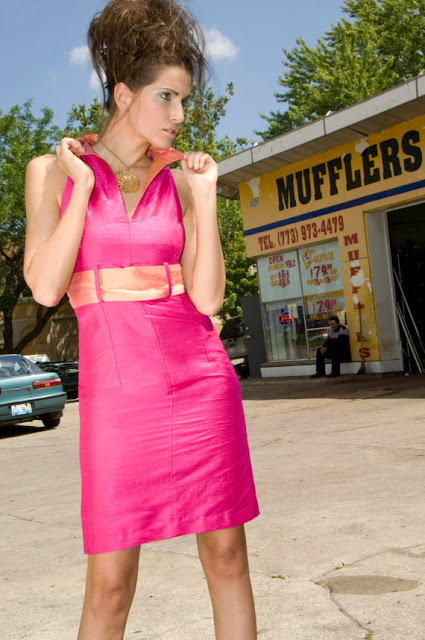 2.  V. Mora:  I am excited to be working with Anna Livermore of V. Mora on a new custom-designed red carpet dress.  She called me the other night and asked if you could design a dress for me.  Uh, YES!!  I will keep you posted on all of the details since she will be working on it while I am in Chicago next month.  In the meantime, take a look at her designs on Etsy. 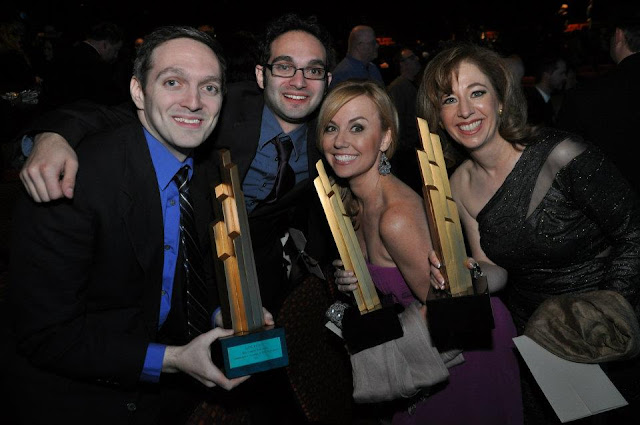 With Rafi and Benny Fine, me, and Sandra Payne after the show.  If you aren't following The Fine Brothers on YouTube, it's time to subscribe to their videos.  They are awesome. 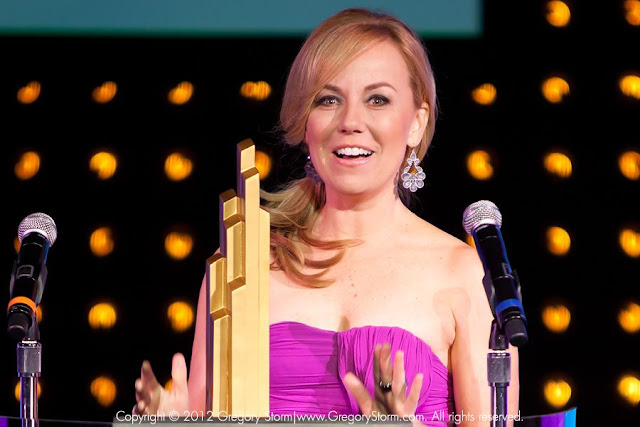 3.  IAWTV Awards Photos/Interview:  A few more photos have trickled in and I wanted to share a couple of my favorites.  The top one is by Bernie Su and the second photo was taken by Gregory Storm.  Thank you for such wonderful photos, guys! (Especially since I took only 10 photos of the night on my iPhone.) Finally, check out the red carpet interview with Misty Kingma of Mingle Media TV.  Yep, I am on the other side of the mic. 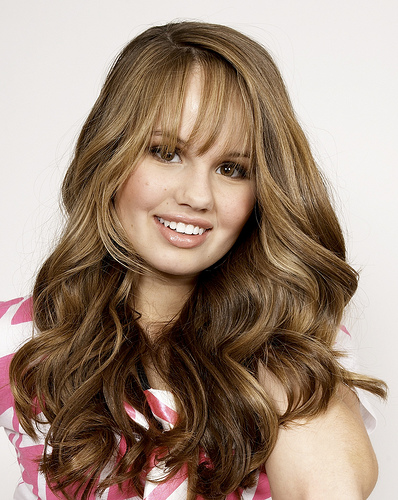 4.  Debby Ryan:  I first met Debby Ryan back in 2008 at the Beverly Hills Chihuahua premiere when she was cast member of Suite Life On Deck.  I managed to catch back up with her at the Gracie Awards and at Radio Disney's NBT finals in 2011, so I am looking forward to talking with her about her new Disney Channel movie, Radio Rebel,  coming up on February 17th.  Debby is a great role model for tweens and my 12-year old niece loves her show, Jessie.  So, look for more Disney coverage soon. 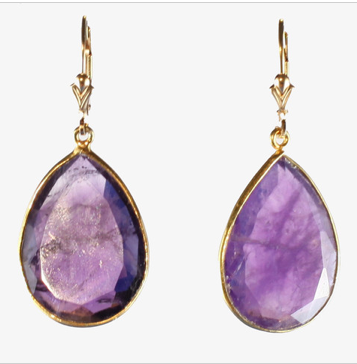 5.  Marie Bruns Jewelry:  I will be wearing a few pieces of Marie Bruns jewelry during Oscars Week and I am really excited to showcase a few of their colorful items.  I am not sure exactly the items I will have, but I did mark these Amethyst Gem Drop earrings as one of my favorites.  Take a look at the line here.

Posted by Kristyn Burtt at 4:25 AM