Soap Fans, What the Heck Happened? 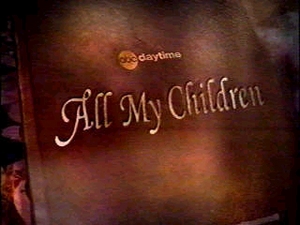 If you were hiding under a rock yesterday, you missed the big news that ABC Daytime cancelled the long-running and beloved soaps, All My Children and One Life To Live.  I am old enough to remember my mom ironing while watching the beginning stages of Tad and Jenny's romance or the antics of Opal on AMC.  I personally never latched on to the soap genre despite a brief flirtation with General Hospital during the Luke and Laura days.  I never found the story lines appealing enough to warrant programming our complex top-loading VCR back in the '80's.  Nevertheless, it is devastating news to the entertainment industry that the two shows were cancelled.  The loss of jobs and revenue to Los Angeles and New York were enough for the DGA, AFTRA, and the WGA to make official statements. 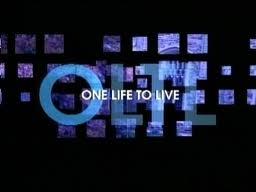 Now, I have a few questions for those of you who are soap fans because I want to understand more about this dying television genre.  Brian Frons, president of Daytime for Disney-ABC Television Group, has been vilified for years by the fans and based on the numerous "I Hate Brian Frons" forums, I bet yesterday's announcement that "Their time has come to an end" didn't win him any new friends.  The shocking thing is that under his tutelage over the last 9 years, the soaps have seen their lowest ratings ever.  So, how is it possible that Brian Frons is still employed?  Can anyone answer that question?  As for the fans, you have been dropping dramatically in numbers and ratings over the last decade.  Did you abandon the genre all together?  What would it take to bring you back?  Based on my recent interview (and the follow-up article with AfterElton.com) with Chandler Massey of Days of Our Lives, I know you are still strong in numbers.  Let me know what you think in the comments below.

Of course with today's big news, the rumor mill has started.  One of the biggest pieces of gossip was floated exclusively by Blind Gossip that perhaps Susan Lucci is joining the cast of Desperate Housewives as a series regular.  If true, this would bring a big boost in ratings to the flailing DH series.  The other great story floated about is that both soaps might wind up on the web versus traditional broadcast television.  I think the first rumor is a strong possibility while the second story would be far-fetched at this point, let's see if it rings true. Okay, soap fans, fire away!  I want your opinions on this whole breaking story.