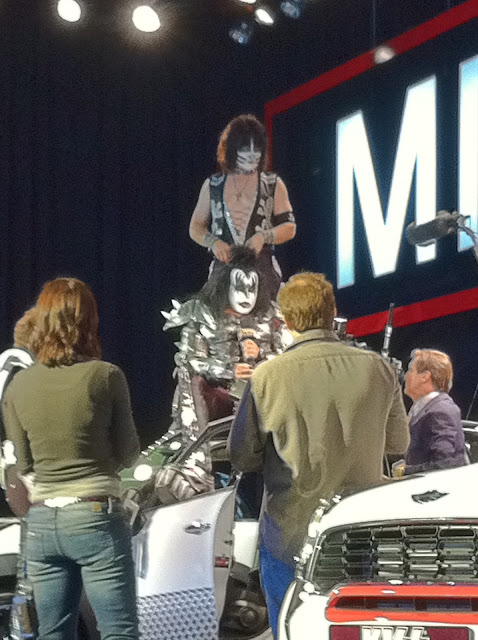 Celebrities and cars go hand in hand, so it is a common sight to see a celebrity endorsing a vehicle on one of the press days at the Big Four Auto Shows:  NY, LA, Detroit, and Chicago.  However, this year, MINI USA chose to utilize KISS to promote a new test drive tour that will raise money for UNICEF.  So, the buzz on this launch was huge, excitement built throughout the displays, and rumors abounded.  Would the band play?  Is Gene Simmons really coming?  Is Mini Kiss playing?  This launch was going to be EPIC!  Thousands gathered into the MINI display early hoping to grab an close up spot on the carpet to take their iPhone photos, it was packed. 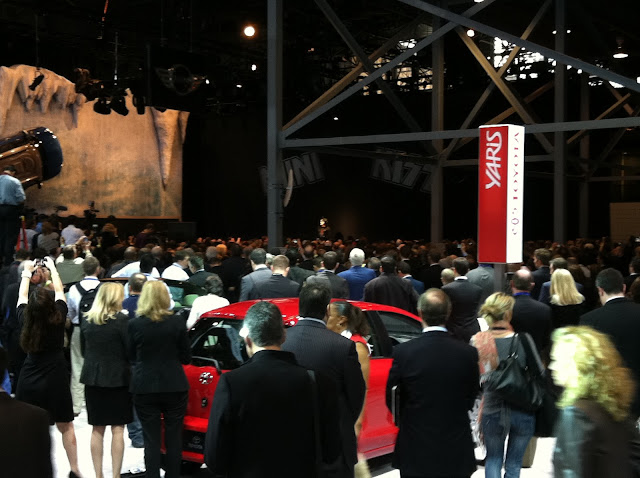 The CEO of MINI North America, Jim McDowell, was a good sport who came out in his own KISS garb including the makeup. I am not sure anyone heard his speech though because the audience was impatiently waiting for the band to come out.  And then.....the introduction.  Here's a quick clip of their entrance and all of the noise coming from the crowd:


After all of that chaos, a little bit of banter was exchanged by the CEO and Gene Simmons and then the whole thing was over in about 4 minutes.  That's it?  Not one single song?  Not even a fun appearance by Mini Kiss?  I have never seen an event so hyped at press day, only to be done with the whole thing in a New York minute.  Sigh.  I know MINI USA spent a lot of money to have the guys out to the event, I guess I just wanted a bit more.  For those of you that are hardcore KISS fans, I know it isn't the original line-up of Ace Frehley, Paul Stanley, Gene Simmons, and Peter Criss, but hey, it was fun for us at press day for four minutes or so...... 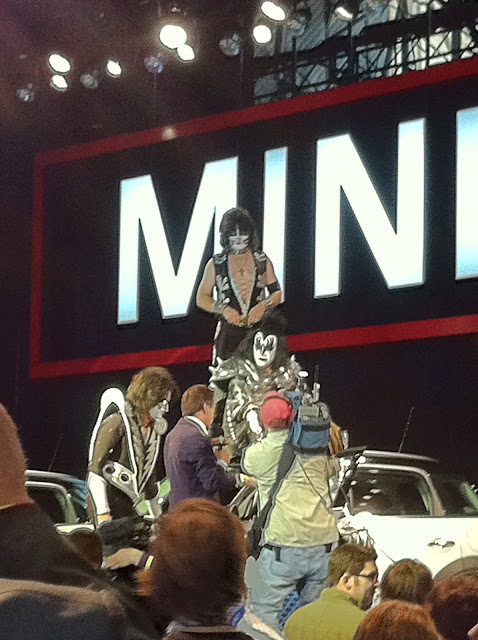 In case you were wondering where Paul Stanley was, he had to pull out at the last minute due to a family emergency. 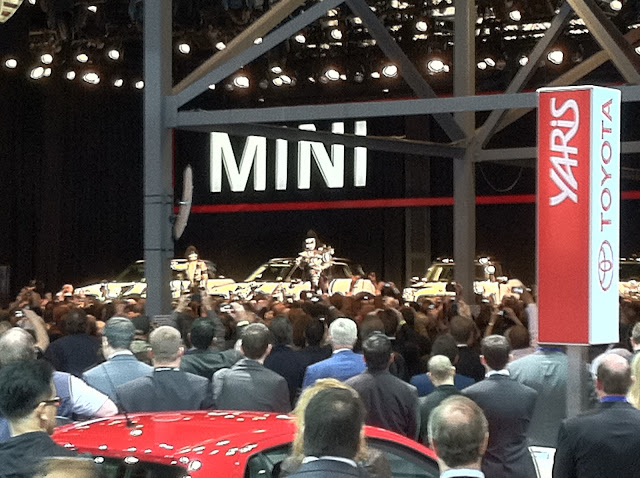 All four vehicles were signed by the band members and are being auctioned off for charity.  For more information on the event or the auction, check out MINI USA. 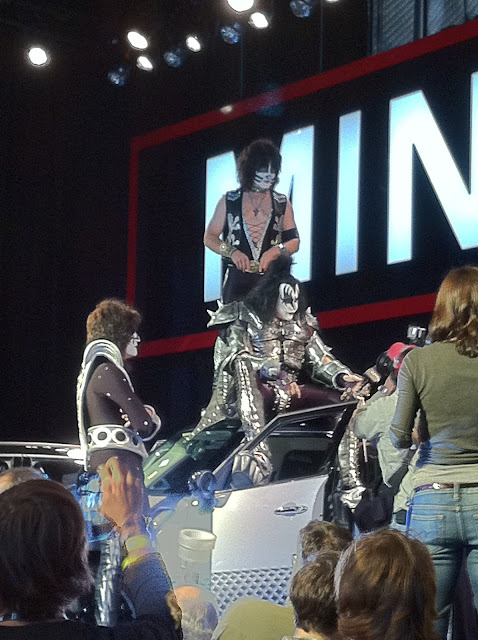