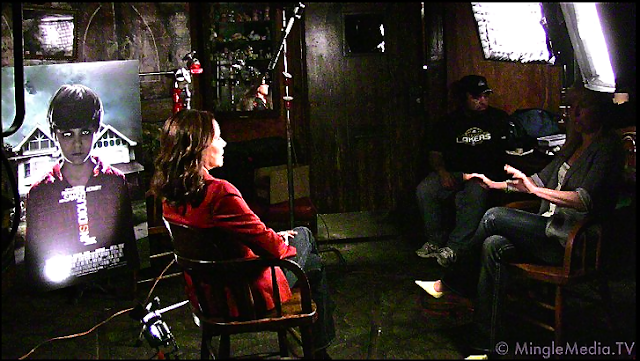 Interviewing Barbara Hershey for Insidious, but I really wanted to ask her about this.

I'm here to let you know that I am not a fan of horror or the paranormal, so covering the Insidious press junket was a big step for me.  This was one of those times when I am glad I said "yes" despite my hesitations on covering this film because I love learning about the process of filmmaking.  James Wan and Leigh Whannell were so enthusiastic about their film and how they wanted it to have an indie feel both on and off set that I felt inspired after talking with them.  So, yes, I was inspired by the creators of the Saw franchise.  I cannot believe I wrote that.  That's why I love my job, creativity and revelations come in the most unusual places. 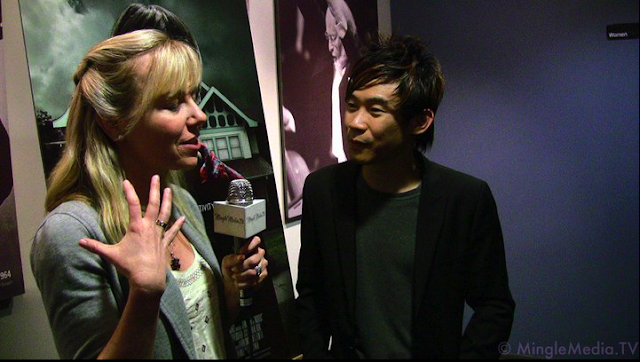 Have a great weekend!  On Monday, I will bring you some great photos and interviews from the Kids' Choice Awards Gifting Suite by GBK Productions.

Photos Courtesy of Mingle Media TV.
Posted by Kristyn Burtt at 10:27 AM