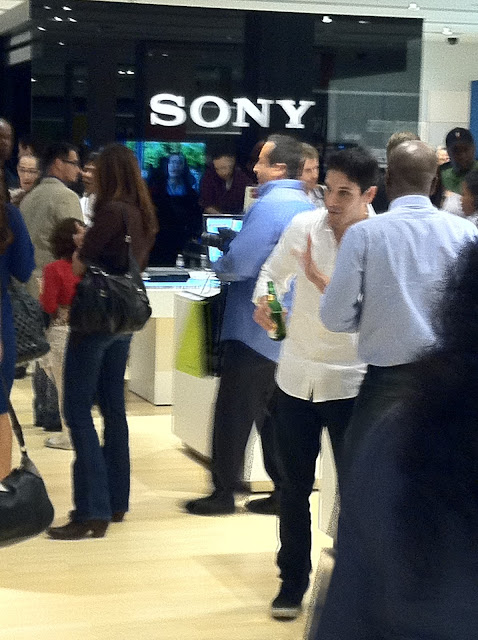 Some weeks, my world is more glamorous than others.  Other weeks, I am home on my couch in my sweats.  I really enjoy both scenarios, so while this week has been busy with press junkets, store openings, Kids' Choice Awards events, and screenings, I will be spending my Friday night on the couch.  Last night, I was at the Sony store opening in Century City to preview the company's latest offerings in HD technology.  Stars like Adrian Grenier, Melissa Joan Hart, Craig Robinson, Ali and Roberto (for you Bachelorette fans), Spencer Grammer, and Lisa Rinna showed up to support the event and of course, go home with a swag bag.  Sony label artist and Dancing With The Stars performer, Mark Ballas, sang from his CD while the guest played the latest Playstation games and noshed on shrimp cocktail.  It was a lot of fun and I even ran into a few people from the tech and social media world.

In true Hollywood form, it wasn't my only stop of the night as I ran off to the LA Film School to interview James Wan and Leigh Whannell, the creators of the new horror flick, Insidious.  So, expect that article tomorrow on Starpulse. Let's just say, I haven't walked into a dark room in my house alone since I saw the movie last week.......... 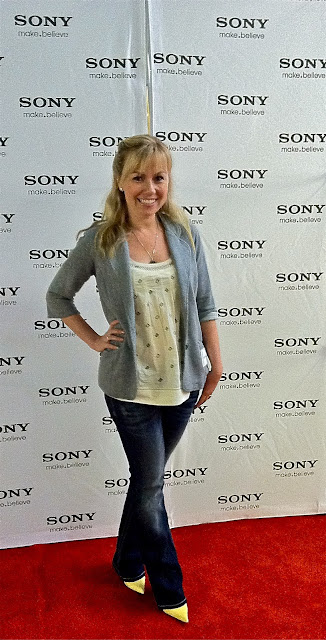 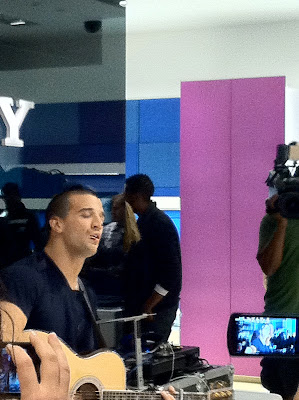 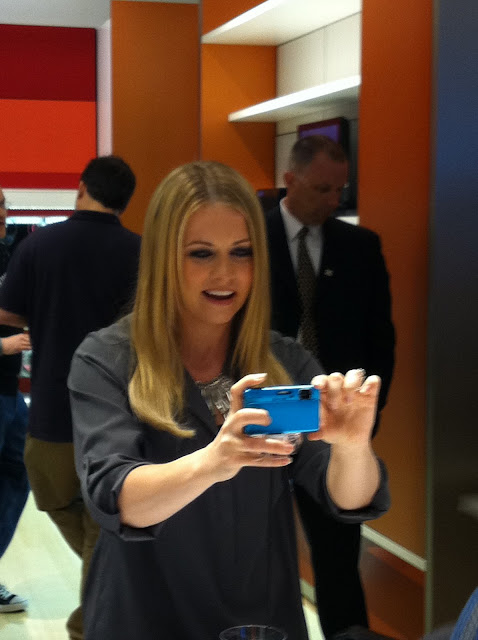 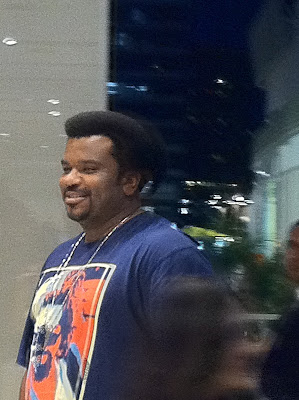 Proof that LA will put a red carpet anywhere, including the middle of a mall. 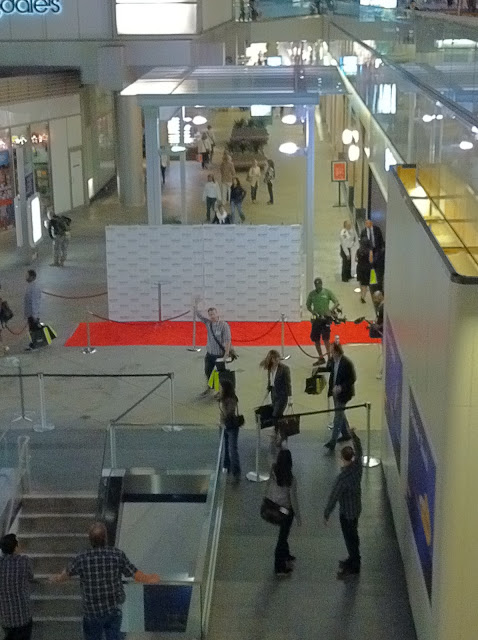 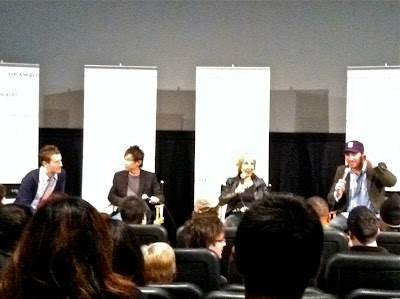 Two notes:
1. This is my second post this week with Lisa Rinna and Melissa Joan Hart in it.  What are the chances?
2. I decided to run upstairs to The Container Store at the end of the Sony party because I needed storage folders for my home office.  Hey, there are only two Container stores in LA and a girl needs to multitask!
Posted by Kristyn Burtt at 8:33 AM