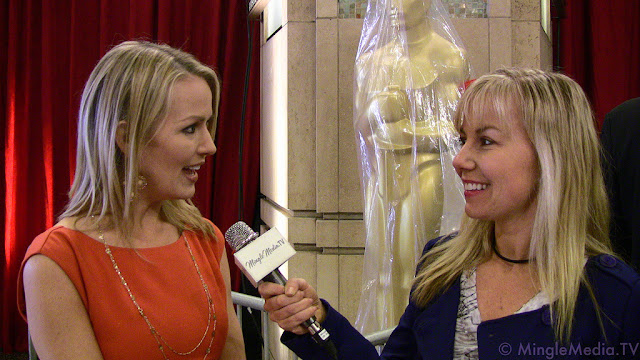 While trolling through Twitter yesterday, I came across the news on Deadline Hollywood that Showbiz Tonight anchor, Brooke Anderson, was replacing Lara Spencer on The Insider.  Now before Lara Spencer fans freak out, Lara is headed back to Good Morning, America, where she started her national network career.  Lara leaves The Insider after being passed over for the Entertainment Tonight anchor job that Mary Hart retired from late last year.  That gig went to former Access Hollywood host, Nancy O'Dell.  She left Access Hollywood in 2009 after it was rumored that her co-host, Billy Bush, drove her up a wall.  I don't blame her, he's a pesky personality.  Before the ink dries on your Hollywood entertainment show anchor chart, please remember, no one has been announced as Brooke Anderson's replacement on HLN's Showbiz Tonight.  How will this story end?

In the meantime, I send my personal "congratulations" to Brooke who is smart, kind, and perfect for her new role on The Insider.  I had the opportunity to interview her during Oscars Week.  She was one of the judges for the MTVu Oscar Correspondent Contest and I love her for giving me the exclusive on who designed her Oscar gown (A to-die-for designer!).  Here is my interview with her on Mingle Media TV: