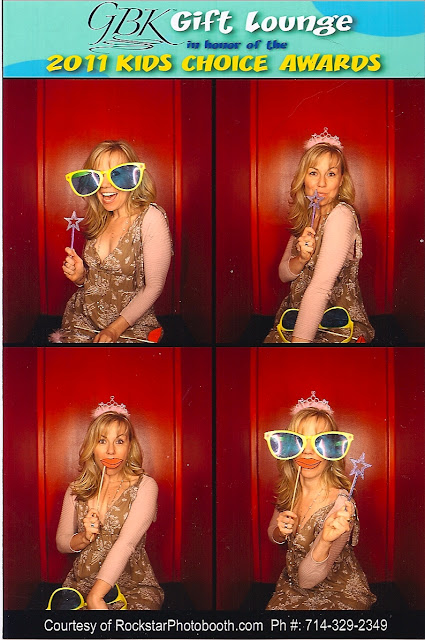 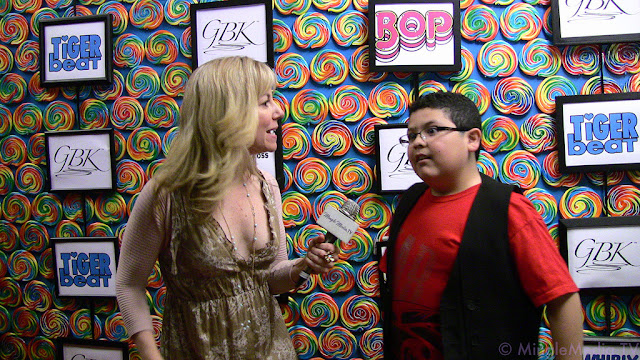 Just when you think awards season is over, a couple of shows sneak in there:  MTV Movie Awards, ESPYs, BET Awards, and of course, Kids' Choice Awards.  I am no stranger to GBK's gifting suites since I have happily covered them with Mingle Media TV for the Emmys and the Oscars.  The Emmys gifting lounge still continues to rank as my favorite, but we had a lot of fun with the kids from your favorite shows like Modern Family, Wizards of Waverly Place, and Hannah Montana.  It also made me very popular with my 11-year-old niece who has a nice box of goodies headed across the country to her. 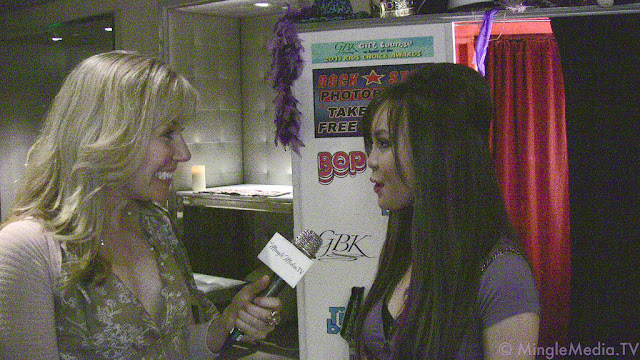 Some of my favorite interviews of the day were Bailee Madison of Wizards of Waverly Place who is a complete delight and who passed along a "hello" to my niece.  She was running around with Rico Rodriguez of Modern Family who is a bundle of energy.  I handed him the microphone and off he went asking me all of the important questions of the day. (You must, must watch my full interview with him.  That kid is one of a kind.)  I think I flirted shamelessly with Gary Cole whom I have loved since he played Mr. Brady on the big screen and we stood back as the Jackson entourage piled into the suite.  Yes, LaToya, Paris, Prince, and Blanket were all in attendance followed by The Insider camera crews.  We were not allowed to take photos while they were there, but I'm sure The Insider has exclusive rights to the Jackson clan.  (Read between the lines on that one.)  The Jackson kids were probably the most low key family that walked through the door that day, so while they have an extraordinary life, they act like very ordinary kids which was nice to see. 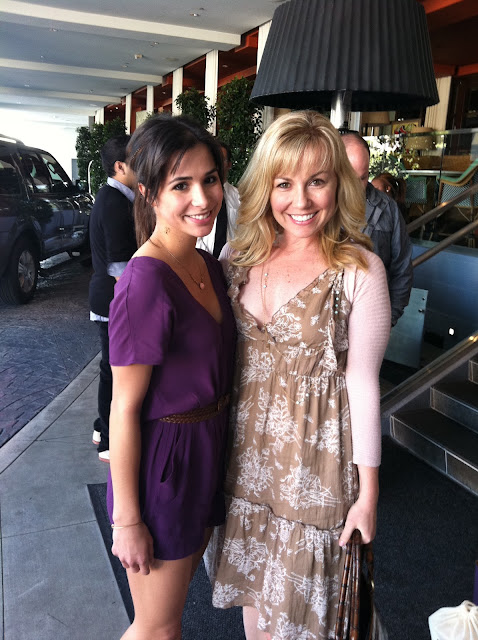 I pretended this photo was for my niece, it was for me.  I love Make It or Break It on ABC Family. Thanks to Josie Loren for being a good sport. 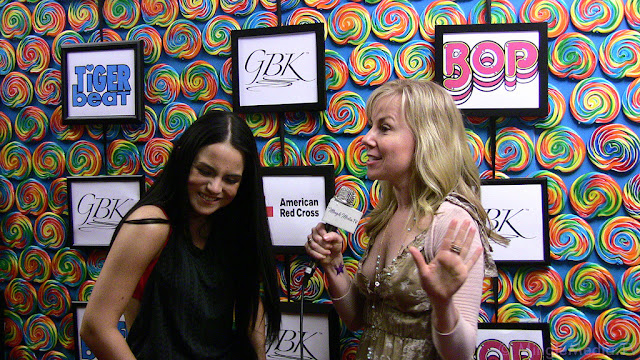 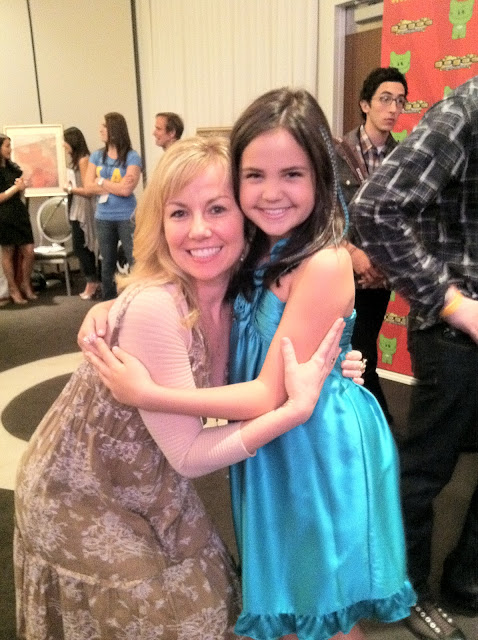 The lovely Bailee Madison from Wizards of Waverly Place.

Finally, I fell in love with Glimmer Body Art which is an amazing temporary glitter tattoo that lasts about 7 days.  My vet even commented on it, "So I guess you like purple".  Be sure to check them out since they were my favorite vendor of the gifting suite and I still have my glitter star on my wrist after 5 days. So, enjoy the interviews and the photos, it just reminds me that it's great to be a kid.....in Hollywood! 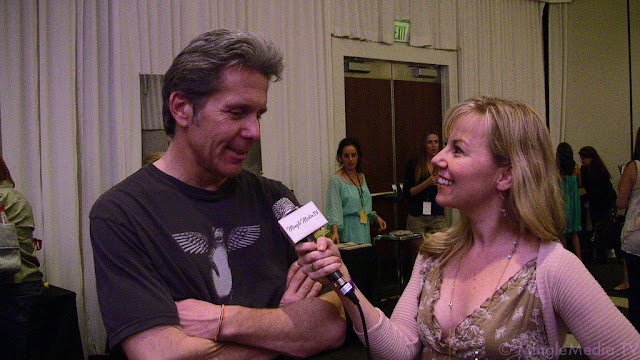 I think I look a little too happy next to Gary Cole. 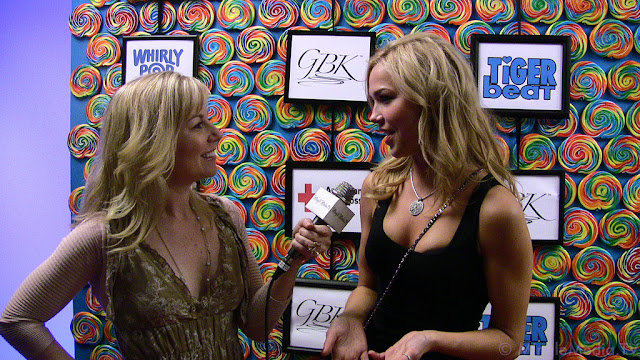 This one is for the Vampire Diaries fans.  Arielle Kebbel wouldn't give me a single spoiler about next season. 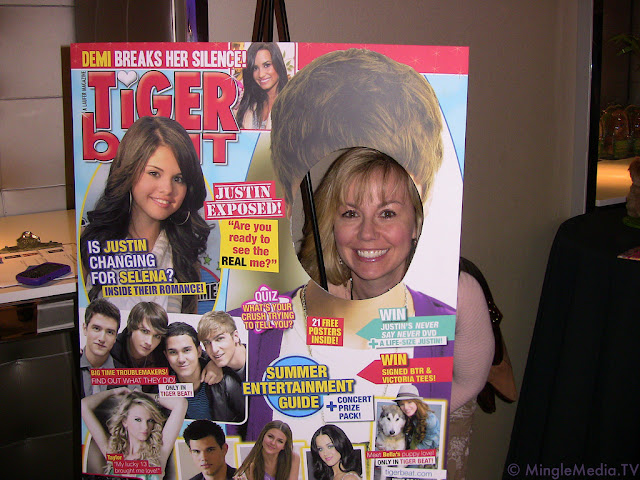 I'm the Beebs on the cover of Tiger Beat.  Awesome! 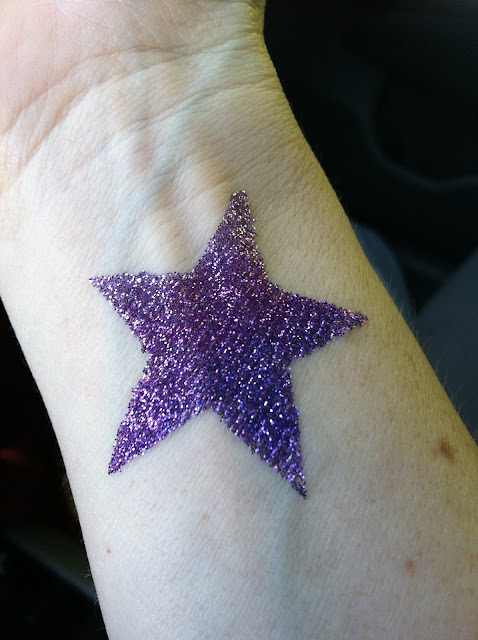 Photos are property of Mingle Media TV and Kristyn Burtt

*The Glimmer Tattoo Kit was complimentary.  I was not asked to write a review.  I liked the product and I wanted to share it with you.*
Posted by Kristyn Burtt at 12:00 AM