Make It Or Break It 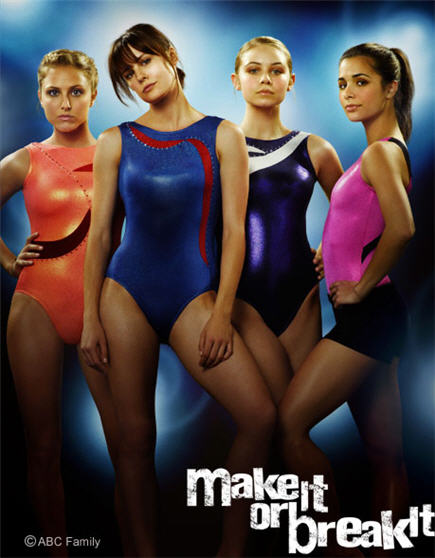 As I sit here waiting for another episode of ABC Family's Make It Or Break It, I cannot believe the continued response to my soap articles: the original one I wrote and the call for quotes for my upcoming article about the second phase of the daytime fans' fight against ABC.  I admire their fortitude and call to action throughout this entire process.  I'm not sure it is going to work out the way they want now that Susan Lucci is going to Desperate Housewives.  I just don't see All My Children surviving without Erica Kane.  I am sure all of the news will be announced and confirmed at the ABC network upfronts on the afternoon of May 17th. 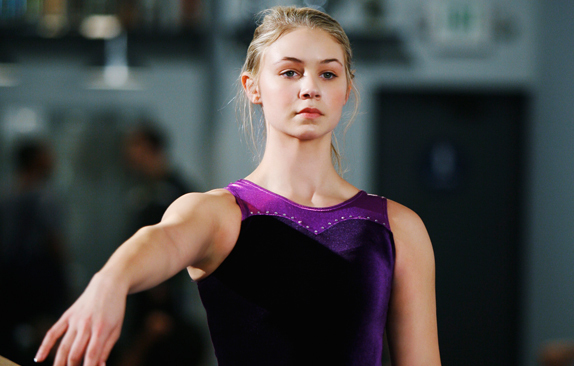 In the meantime, here's my article on Ayla Kell who stars as Payson on ABC Family's Make It Or Break It that I wrote for Starpulse.  Since I love the show, I totally geeked out when show creator, Holly Sorensen, pushed out my article on Twitter yesterday.  Thank you, Holly!  Also, Ayla Kelly is a total doll who gave me the inside scoop on what it is really like behind the scenes on the show.  You have to give that cast kudos because they are required to be athletes and actors.  While they rely upon former elite gymnasts to perform their stunt doubles, they still have to act, move, and train just like their real-life counterparts.  As anyone knows, it isn't easy faking Olympic gymnastics.

Starpulse article:  Ayla Kell from Make It Or Break It. 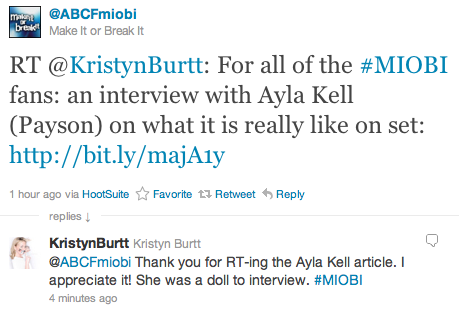 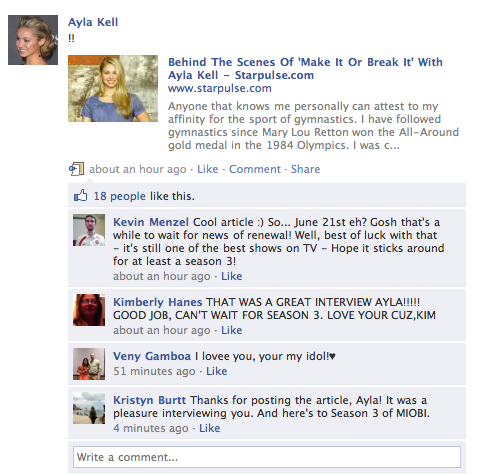