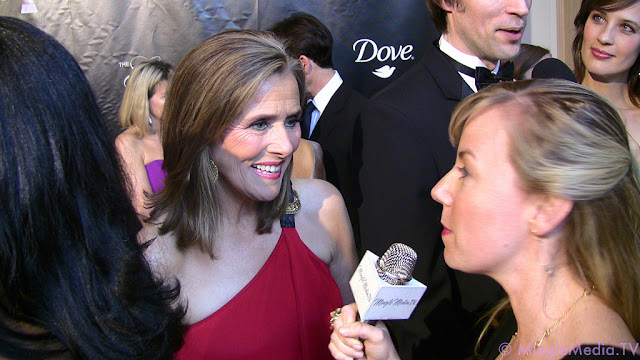 Last night was another dream of a lifetime:  The 36th Annual Gracie Awards.  The Gracies honor "programming for Women, by Women, and about Women".  It is presented each year by The Alliance for Women in Media Foundation and it is a powerhouse event.  What do you do when you have a room filled with your broadcast heroes?  It took all of my might not to burst into tears while interviewing Meredith Vieira.  Instead, I begged her to stay on The Today Show.  She's still leaving.  Okay, at least I got to interview the gal.  Many of these women paved the way for me to have a career in broadcasting from Meredith to Shaun Robinson to Linda Ellerbee and I had the opportunity to interview them for Mingle Media TV.  Here are the magical photos from the evening: 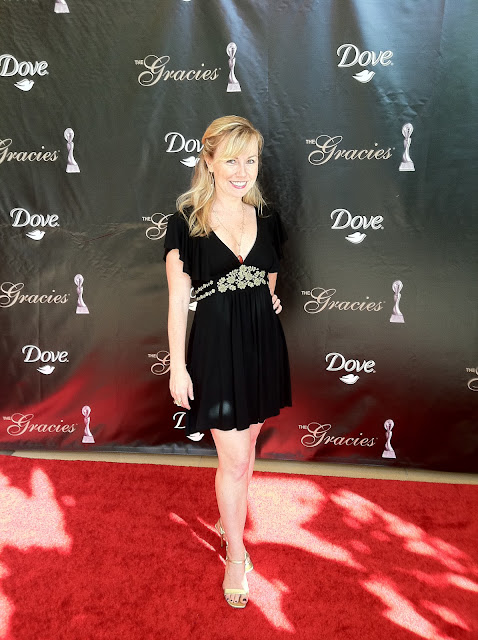 A dress I pulled from the back of my closet and my vintage Via Spiga shoes. 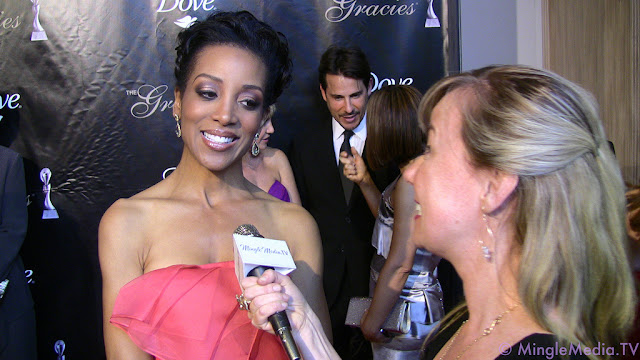 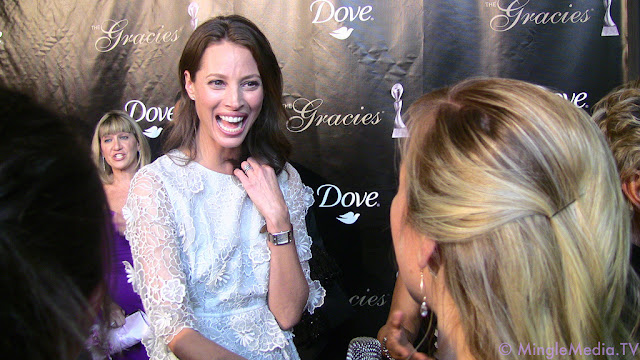 A supermodel looks excited to meet me! Christy Turlington. 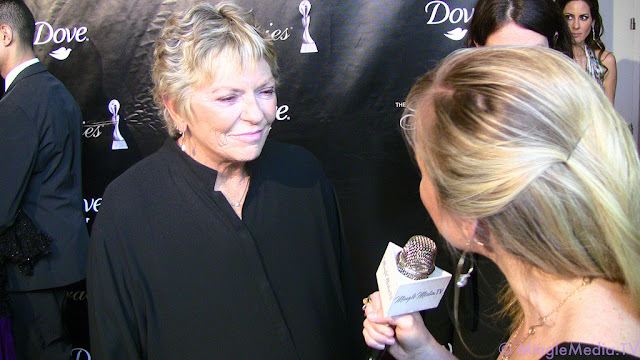 A true pioneer in the industry, Linda Ellerbee. 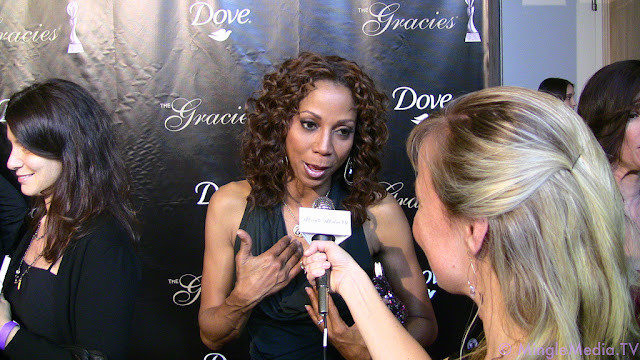 Holly Robinson Peete from The Talk. 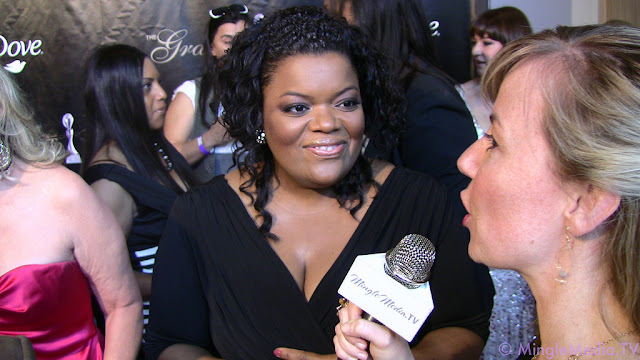 Yvette Nicole Brown from Community.  I think we should be friends, she's a lot of fun. 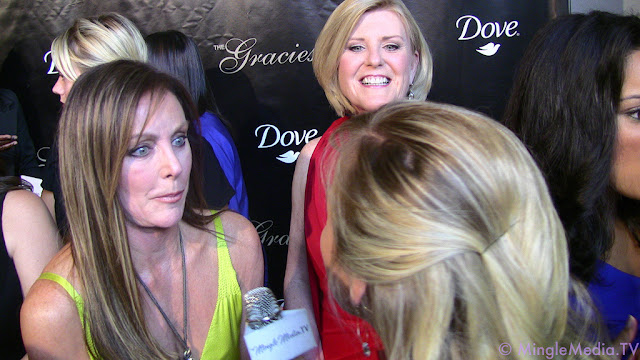 The figure skating geek in me is dying here. Peggy Fleming and Gracie honoree, Anne Thompson from NBC. 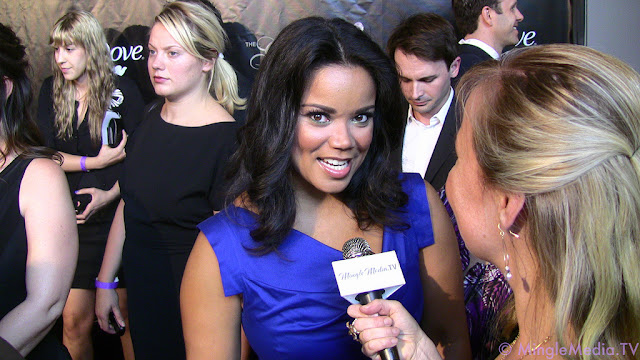 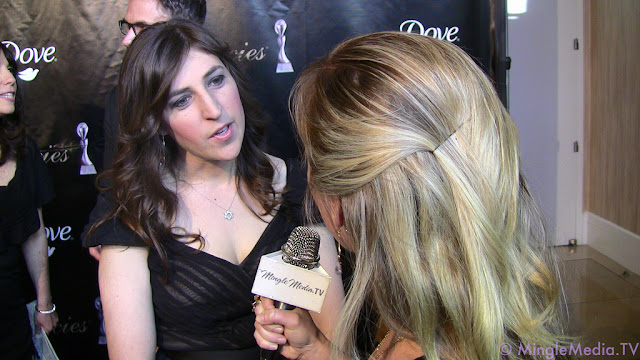 I just wanted to say, "Whoa", into the mic, but I didn't want to scare Blossom....er, I mean Dr. Mayim Bialik.  Yep, Blossom is wicked smart. 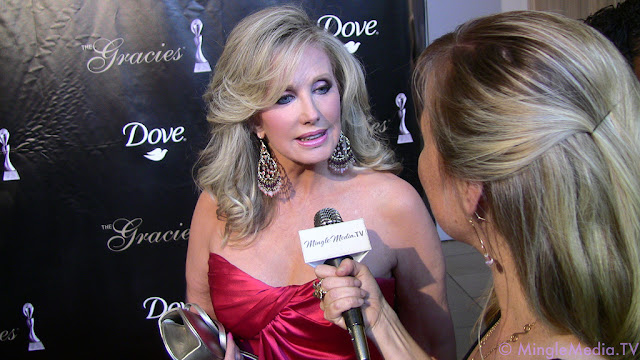 Morgan Fairchild looks like she is 30-years old.  I don't know what she is doing, but it looks good.  She told me she is held together by "superglue".  Ah, the girl has a sense of humor! 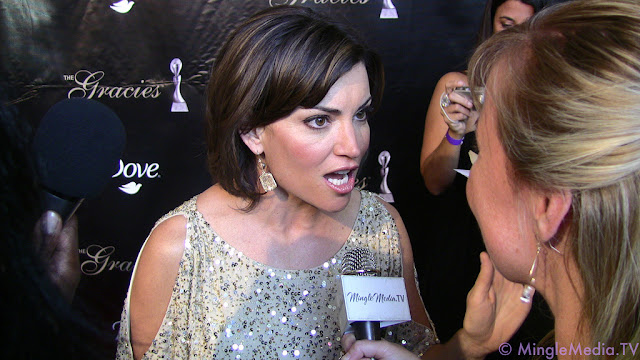 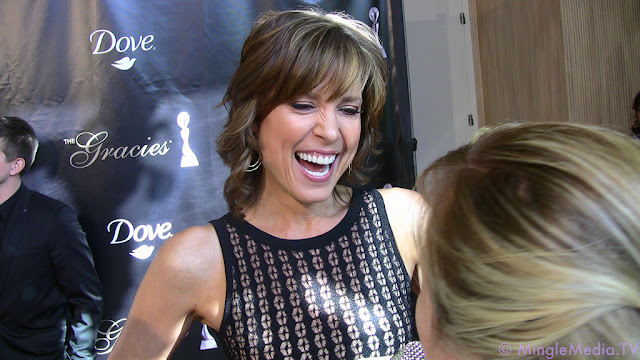 One of my sports broadcasting heroes, Hannah Storm, and her awesome biceps.

By the way, I will be a guest on Diva Talk Radio with Kelli Claypool and Gina Parris today at 11AM PT/2PM ET.  Come join in on the discussion. You can listen here.