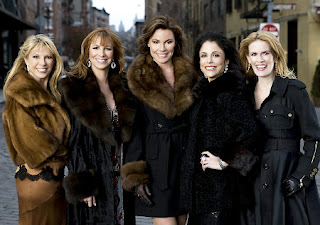 Yep, I'm guilty of watching bad reality shows all summer long.  It's my guilty pleasure and I find that the busier my work life gets, the worse my television viewing gets.  I just cannot stop.  My name is Kristyn and I am a crappy TV viewer.  I am the one who keeps reality shows on the air and gets SAG (Screen Actors Guild) up in arms over the lack of work for actors. I am the one who thinks she has seen it all with the each Housewives franchise, but then hops aboard the next city.  Hello, DC!  And don't think I am not excited for the Beverly Hills franchise.  Come on, they are giving us Kelsey Grammer's ex-wife and a Hilton, all in one show!  Then, I scoff at the cheesy dates each bachelor goes on with Ali while she giggles every word out of her mouth on The Bachelorette.  It annoys me--yet I still watch.  I picked up the remote on Monday to watch The Bachelor Pad which basically is a hybrid version of MTV's The The Real World and Road Rules. Yes, we are out of our 20's, so please give us a grown-up version of debauchery in our 30's.  Thanks, ABC.  Yet, last night was a night of triumph for me as Jeff Lewis and his circus of animals and employees returned to Flipping Out on Bravo.  I love his mouthy, lazy housekeeper, Zoila, and Jeff's penchant for fast food.  I can't wait to watch him meltdown all season long over the remodel of Casa Vega in Studio City which has been dubbed the "best place to have an affair in the middle of the afternoon" because it is so dark. Dirty and scandalous things happen there and Jeff is only going to add to the drama.  Jeff Lewis makes me feel so....normal.....and boring. 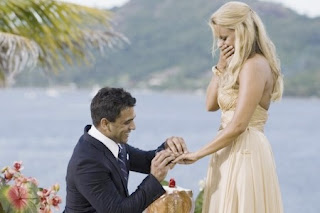 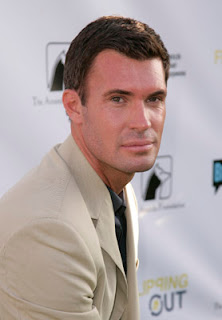 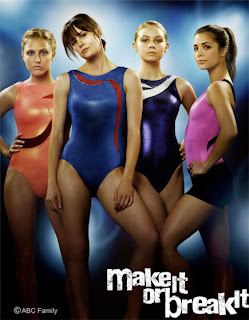 Now, don't get me wrong.  I love to watch documentaries on Netflix, so I do exercise my brain from time to time.   I even joined the Mad Men band wagon because Don Draper's handsome facade intrigues me.  He will do something so kind for Peggy and then pull such a heartless move on his secretary.  It's just business, my friend.  So, I manage to get in a little quality television each week, but then I equalize the playing field with ABC Family's Make It or Break It.  Hey, I love gymnastics!  The extent of my bad television doesn't end there.  I love spoilers and the internet is ripe with them. Do you want to know who the final four are on The Bachelor Pad?  Oh yeah, I already know.  I knew who Ali picked on The Bachelorette before the finale.  Now, I don't sources at ABC, but my pal, Reality Steve does.  I honestly have no idea who this guy really is, but someone took a shine to him from the set of Mike Fleiss' shows and he gets the best scoop. ABC and Fleiss might not enjoy it, but I sure do.  I don't know why I like to find out what happens before the finale, but I also like to take a sneak peek at my Christmas gifts way before December 25th.  One of my dream interviews is Reality Steve.  He can spoil the next season of The Bachelor for me while I get another round of bad television scoop.  I wonder if he would be up for an interview?  Hey, a couch potato can dream!

I can't be the only one out there that likes cheesy TV.  Anyone?  Anyone? Who's in this with me or am I all alone in admitting my TV tastes are often lowbrow.  Tell me your favorite bad shows in the comments section or make some suggestions in quality television to help raise my IQ points.  Happy viewing!
Posted by Kristyn Burtt at 12:50 PM