Dancing on the Red Carpet 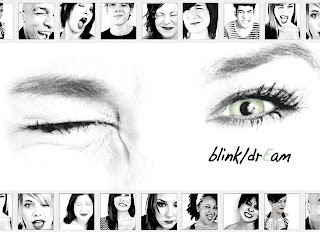 For all of the fans of So You Think You Can Dance and America's Best Dance Crew, this video is for you.  I had the opportunity along with Dance Channel TV to cover collidEdance's blink/drEam last week at the Music Box Theatre in Hollywood.  It was a hot night on the red carpet with many alumni from the FOX and MTV dance shows.  Some dancers were there to dance while others were there to support choreographer, Erica Michelle Sobol, in her whimsical and lively evening of dance.  Erica was a pleasure to interview because she was easy to interview.  Why does that make a difference?  Some dancers are not media savvy, their art is created and performed with their bodies, not their voices.  So sometimes, red carpet interviews are awkward.  However, Erica gave great sound bites, she was friendly, and she has a great on-camera presence.  Another superstar on the red carpet was Lauren Gottlieb from SYTYCD.  Her mentor is Tyce Diorio and it shows.  She navigated her way through the press line like the star that she is.  Tyce is a genius at this too (See the documentary Every Little Step to see what I mean.) and he is passing this great quality on to Lauren.  Another great dance mentorship hard at work-genius!

This was one of my most unusual nights on the red carpet.  I poked choreographer, Sohey Sugihara, in the eye to show that the frames to his glasses were just that frames, no glasses (Stay until the end of the piece, you will see what I mean.), I stumped many dancers with the easy question, "Who is the one major dance influence in your life/career?", and I made Janet Jackson's choreographer, Gil Duldulao, cry.  Yes, I said cry.  He is such a sweet man and I wish more of his interview made the final edit.  Here's the scoop:  I asked him how his working relationship with Janet has changed since Michael was such a huge influence on her work.  Well, Gil is a very close friend of the family and the emotions of the loss of the pop icon are still raw.  His eyes welled up with tears and he explained that his influence is so great, it is almost like Michael is still here.  It was such an emotional moment on the red carpet.  One I have never experienced before and one that I will never forget.  I sent Gil off with a big hug after our interview.


We were also able to capture some of the rehearsal footage with the dancers and grab what happens behind the scenes on the night before a big performance. And I know, I know, it's "bad rehearsal, good show.", I think I screwed that phrase up in the piece.  So, sit back, relax, and enjoy all of the hot action from the red carpet: