Here's a quick round-up of photos from the Xbox 360 Kinect Launch at the Galen Center tonight at the start of E3 week.  I was kindly invited by Stephanie Piche of Mingle Media TV and I jumped at the chance to check out Cirque du Soleil present the new Microsoft system with flair in a way that only Cirque can.  The presentation did not disappoint:  walking on the ceiling, flying, dancing, and a light show the audience participated in with magical capes.  The idea of a gaming system without an actual controller is cool, but I wasn't super impressed with the games they showed us.  And I am talking about it from a casual gamer point of view.  I've got a Wii and an PS3 in the house, and I felt like Kinect gave me a rehash of the games I already own except for the awesome light saber game for Star Wars. (It also received the largest reaction from the audience.) Regardless, the evening was fun, enjoy the photos below, and Happy E3!

In line, while one of the Cirque drummers keeping us occupied while we wait......... 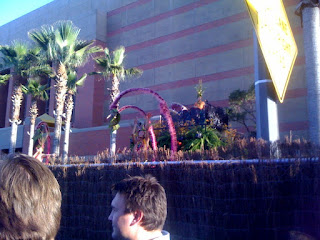 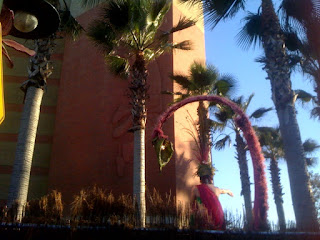 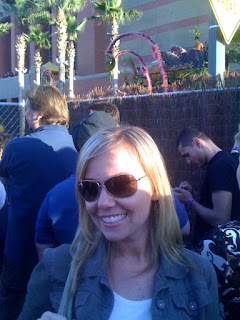 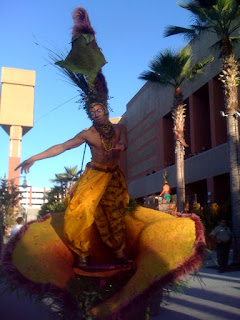 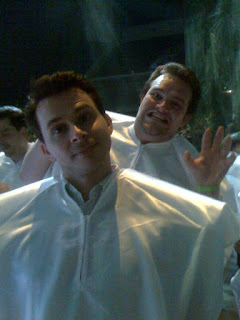 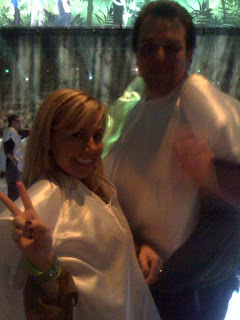 Okay, they are really choir robes: 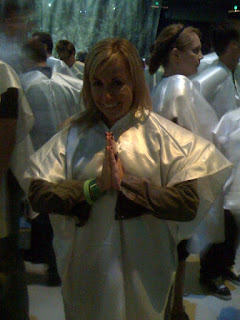 There was a family suspended from the ceiling and hanging out on a couch.  I wanted that job..... 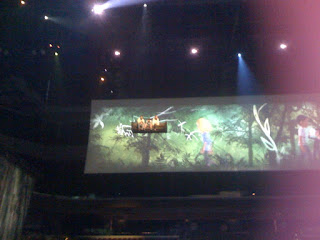 Your typical Cirque shenanigans during the pre-show: 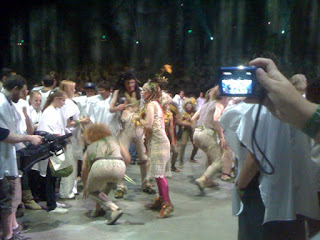 And my own shenanigans.....drinking virtual water: 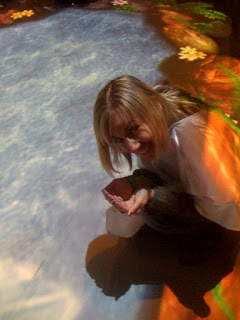 We didn't have seats, until I asked the nicest usher ever.  He found us four seats.  This was our cool view. 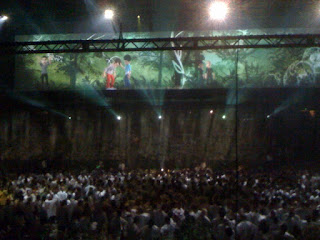 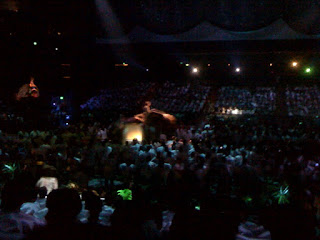 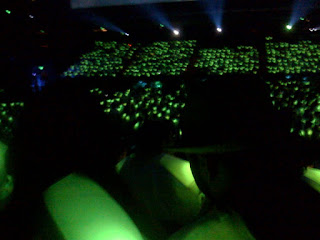 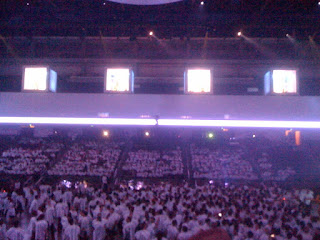 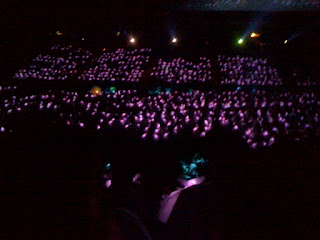