Behind the Scenes of Backyard FX 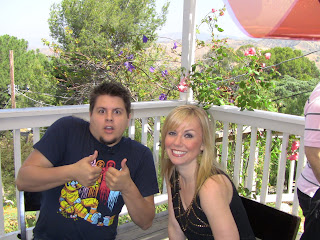 When this episode came out last week, we posted that it was "fun", "hilarious", and "one of our favorite episodes" of 2010.  The more I think about it and after watching it a second time, it may be my favorite Web Files episode of all time.  That's a pretty hard thing to accomplish given that we have shot 39 episodes of The Web Files and 5 episodes of The Web Files Buzz.  It was a pretty simple set-up with me and Zack Finfrock, the new host of Backyard FX, sitting in a couple of chairs on the side porch of his house.  Okay, not so simple.  While Zack lives out in the country, there are lots of natural and unnatural sound effects to be had in his idyllic environment:  horses, planes, motorcycles, an organ!!, birds, and a lawn mower or two.  All unplanned, but all perfect environmental sounds for an interview featuring Backyard FX.  Another interesting note about the location: the house is actually a geodesic home that was once owned by The Smurfs creator who loved to decorate the house in, yes, you guessed it, blue. 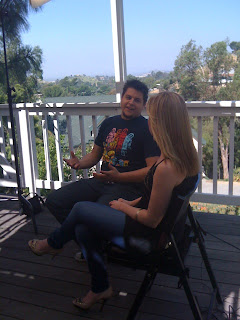 Zack is really laid back, which made for a very natural interview.  His creative talents are numerous and many of you may have seen his work already and not even realized it. Zack was nominated for a Streamy Award, along with Brett Register and Jeff Bell, for Best Visual Effects in a Web Series, for The Crew.  While he didn't win, I am so pleased that he is able to channel that talent as the new face of Backyard FX.  It really is a great blend of his skills as a graphic artist, actor, and now, host in one show.  He's a natural fit and his legion of fans have already followed him to this episode of The Web Files.  Now he doesn't do it all alone, he has a team behind the scenes of Backyard FX that makes up a huge part of the test films you see in the show.  So, their production company, Wayside Creations, truly is a fun band of talented creators. 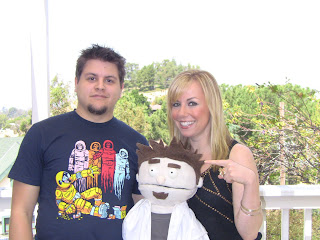 I would be remiss if I didn't mention Puppet Zack who had a nice cameo in the episode.  Zack created the puppet off of one of the episodes that Erik Beck, the original host of Backyard FX, shot.  It is like stepping into a whole Avenue Q performance.  That's how good the puppet looks in person, so I am glad we were able to feature Puppet Zack.  And oh yes, he's a good kisser.  (Stay tuned to the very end of the credits to see what I am talking about.) 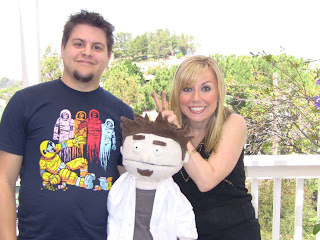 Finally, I am really impressed with the slate of shows that Next New Networks and Indy Mogul are putting out on the web.  High quality shows with intelligent content that really hit a core audience.  I hope to one day do a show for them because they seem to be keeping their fingers on the pulse of web television.  So, head on over there and check out their slate of shows.  If you need a place to start, visit VendrTV or Freezer Burns for some foodie fun. 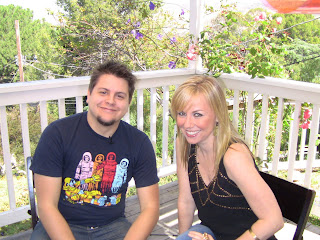 If you missed the episode, watch it here:

Tomorrow brings a new episode and all of the action from the red carpet premiere of Dailymotion's Squatters. 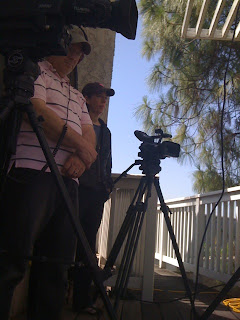 Photos 2 and 6 Courtesy of Jenn Bobiwash.
Posted by Kristyn Burtt at 2:30 PM