Behind the Scenes of The Web Files Buzz, Episode 6 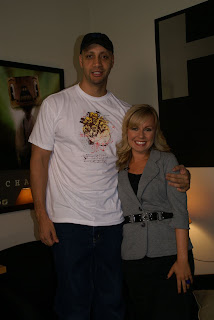 In this episode of The Web Files, it's all about TheWB.com.  We were lucky enough to spend the morning there interviewing both Jace Hall with his new show, Chadam, and the cast and creator of EXPOSED.  Even though I have lived in LA for ten years, I still get giddy when I pull up onto any studio lot.  I never had designs on an acting career, but I love the allure of a studio lot where all of the Hollywood magic occurs.  We pulled up and unloaded the gear onto the requisite studio golf cart and off to Jace Hall's HD Films we go!

If you haven't met Jace before, he is tall-not like kind of tall, like super tall. We had to balance out the height difference on the chairs by stuffing pillows under and behind the cushions I was sitting on.  Once we established a normal eye line for the interview, we were off and running to talk about Chadam, a fantastical animated series with the classic tale of good versus evil.  With an impressive list of voice actors like Katey Sagal, Carl Weathers, and Jeffrey Coombs, bringing the characters to life, Chadam offers a new perspective to animation on the web.  Be sure to follow Jace on his blog because he has a robust slate of web and television projects from his production company, HD Films. (Especially for you V fans, he's the Executive Producer.) 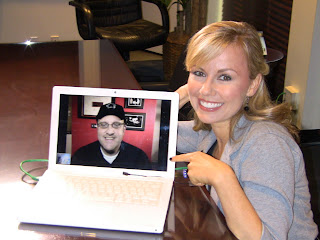 Next up, a long awaited series and interview with Streamy Award winning director, Blake Calhoun about his new series, EXPOSED.  This was our first interview on The Web Files via Skype.  Technically, the Skype interview worked well, but I am still waiting for even more resolution on a Skype connection.  If it looks a bit muddy on Oprah's show, well, it's definitely going to on our end too, but I think it worked out with our two-camera shot on the Skype interview.  In the interview, Blake made some great points about working with local actors and creating work outside of the "LA web series bubble".  It can be done and with success, it is just a matter of creating a piece that has tight writing, high production value, and the momentum to get noticed.  I know it isn't easy, but Blake is a great example of working outside the Hollywood structure. 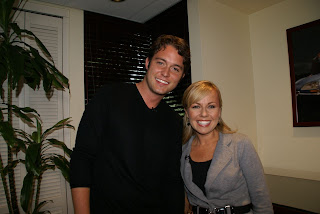 We also had a chance to talk to Chase Jeffrey and Kimberly Matula about their experiences in working with Blake.  They each are a part of Calhoun's stable of actors, so you will see them in other series like Pink and in his upcoming film, Spilt Milk.  Poor Kimberly got stuck in massive LA traffic when an oil rig overturned on the 134, but like a trooper she plowed through and gave us a great interview about EXPOSED.  And if you are a soap fan, you can catch Kimberly playing Hope Logan on The Bold and the Beautiful. 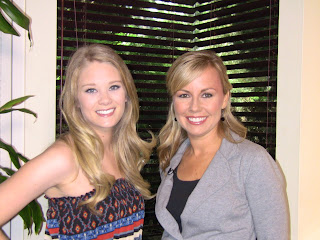 For more information on this episode, check out the article written by Mathieas McNaughton:  Tubefilter

To catch this episode of The Web Files Buzz, watch below:

Posted by Kristyn Burtt at 3:04 PM