Besides the traditional Memorial Day Weekend barbecues and outdoor activities, I attended some pretty spectacular events outside of the three day weekend norm.  Here are a few photographs from the Sex and the City 2 party and the Houdini Mansion/Chilean Consulate Party: 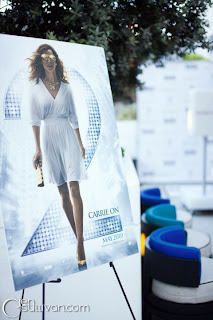 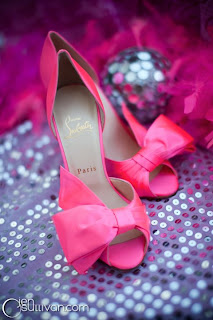 This was a fun and well-attended event thrown by The Henley Company, The Party Goddess, and Pink Carpet Parties in honor of every gal's favorite series, Sex and the City.  It was the perfect night to get dressed up, slip on your hottest stilettos, and hang with the girls to celebrate another round with Carrie, Samantha, Miranda, and Charlotte.  While the movie was a mediocre extravaganza, the pre-party at the Shangri-La Hotel in Santa Monica was exactly what you wanted a night out with the girls to look like:  cocktails, gift bags, and a lot of pink!  Be sure to follow The Party Goddess for great tips on your next fabulous soirée.  Photos courtesy of Jen O'Sullivan. 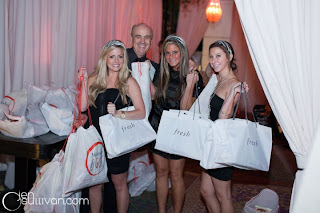 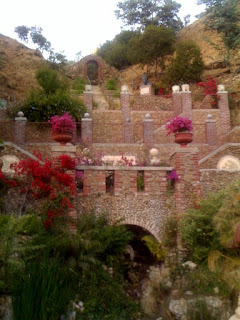 When I received this invitation, my BF and I cancelled our day trip to Santa Barbara and leaped at the opportunity to see the restored Houdini Mansion on Laurel Canyon.  I was glad we changed our plans when we walked up through the breathtaking gardens and came upon a circular driveway housing a vintage Rolls Royce.  The grounds include three homes, a pool, extraordinary gardens, and lots of hidden porches, paths, and hideaways.  The Chilean Consulate held a party in the main house which was not Houdini's original home.  I later learned that there were two floors sealed off underground just below where we were standing and that Houdini's original home is now a private museum.  The public will get a glimpse of the hidden treasures as many of the Houdini artifacts will be seen at the Skirball Center retrospective this fall.   The company was fantastic and I picked up a lot of salacious gossip not fit for print, so I call that a successful evening.  To learn about the history of the Houdini grounds, check out Weird California.

Some of the gorgeous wildflowers and grounds at the Houdini Mansion: 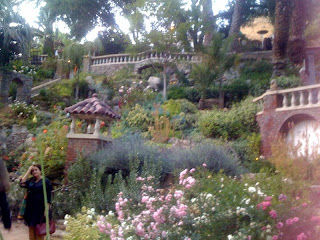 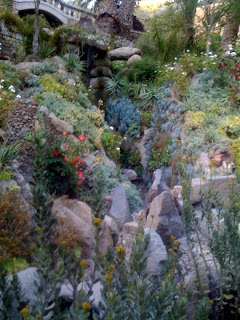 It's hard to tell because it is so dark, but that is an oversized chair á la Lily Tomlin size. 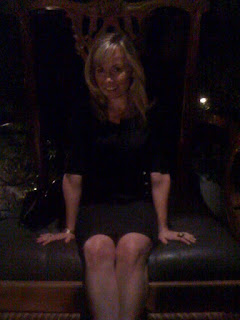 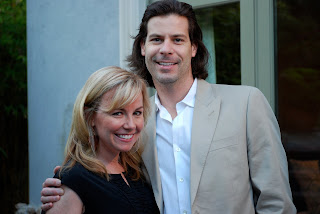 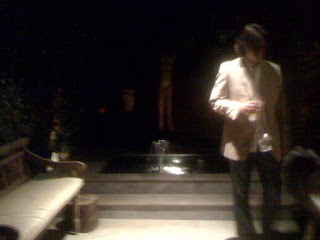 A cool last shot by the fountain in the entranceway of the mansion.

Posted by Kristyn Burtt at 1:41 PM