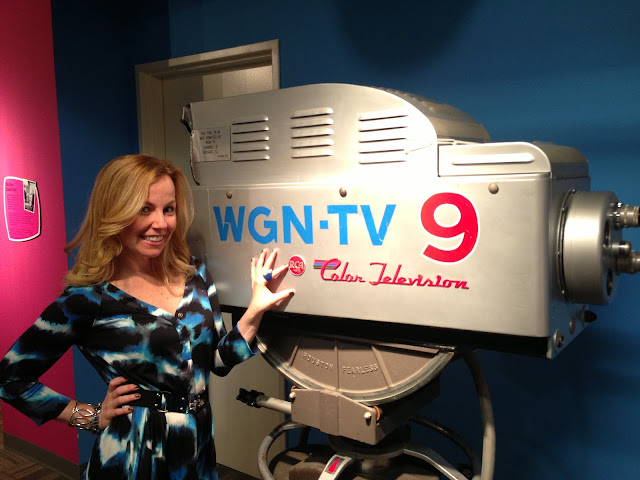 Just a small camera for shooting...

I had plans to post this yesterday, but given the day's events...it just didn't matter. For those of you that don't know, I am from the Boston-area.  While I have adopted California as my home state, I often spent my Marathon Mondays in the city cheering on the runners as a kid.  Patriot's Day is only celebrated in Massachusetts and Maine honoring the beginning of the American Revolution.  It's a huge part of life in the state and everyone that was out there celebrating the day or who has lived for a time in the state understands that.  My thoughts are with everyone who was affected by this senseless tragedy.

Leave it to Patton Oswalt to be the voice of reason in a day filled with questions:  "The good outnumber you, and we always will."


Now, here are my media appearances from last week:

AfterBuzz TV's Dancing with the Stars:  If you are looking for the our Week 4 interview with Victor Ortiz, you will find the fun photo and the video here.

Tom Barnard Podcast:  We talked about Jon Hamm's junk...it's reportedly big and AMC is forcing the Mad Men actor to wear underwear this season. It's distracting.  Listen in at the 40:00 mark.

It's A Wrap!:  I was lucky enough to do two more episodes of the ClevverMovies series with Erin Darling, Josh Ovenshire, and Ryan Turek.  The top episode, we talk about the Deadpool property and if it will ever be turned into a film especially since it has Ryan Reynolds attached.  The bottom video features the 2015 Disney movie slate. Can anyone else compete with so many amazing movies on deck?

The Radio Dish:  I come in at the 22:00 minute mark where we address the Buckwild cancellation after the death of Shain Gandee. No one saw it coming, particularly the Buckwild producer.

SheKnows:  Some of my favorite articles from last week--
Kelly Ripa on Regis Philbin: "I haven't seen him, no."--It's not much of a surprise that these two no longer keep in touch, no?
Decorating guru Nate Berkus is engaged--We are seeing lots of celeb couples announce their engagement in anticipation of the Supreme Court ruling about Prop 8.  Hopefully, it is overturned. It's time.
5 Great indie flicks you won't see at the MTV Movie Awards--I compiled a list of 2012 indie films you should see. Don't miss these gems.

Don't forget about our DWTS after show tomorrow night at 9pm PT on AfterBuzzTV.com.
Posted by Kristyn Burtt at 7:31 AM