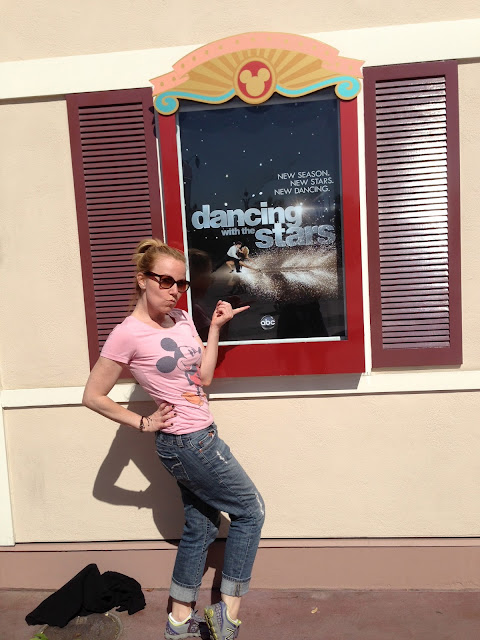 Even at Disneyland, there is no escape from DWTS!

I think this is our most hotly debated show of the season.  Team Zendaya thinks we hate Zendaya. If you have followed our shows over the last month and a half, you know that isn't true. I'm a big fan of the 16-year-old as a celeb and as great role model. I personally don't care how many Twitter followers she has and I don't think she is a ringer for ABC. I just want to see the girl dance! I think we all know where I stand and I believe my co-hosts are in the same boat on that. Any other interpretation of our opinions is erroneous.

Phew! Okay, I think we are good on that...until the next controversy. You guys like to keep me on my toes!

Don't forget to send in your red carpet questions on Mondays and Tuesdays to JC Rubio and Jackie Miranne. We are featuring one question each week on the Wednesday show. (Click on their names to tweet your questions.)

As a fan of SYTYCD, I am super excited that tWitch and Allison Holker will be performing together on Tuesday's show. Their dancing is amazing and they are a cute couple.  It's a great reminder that Season 10 is just around the corner....

If you missed this week's episode, you can watch it below: