My Top 11 Thoughts on the SAG Awards Red Carpet

It's my annual Top Thoughts about the SAG Awards--this year, you get 11! It was a strange red carpet..what happened to poor Giuliana Rancic during the E! Red Carpet show?...total meltdown. It was a bizarre night, but one that brought lots of snarky comments.  Here we go! 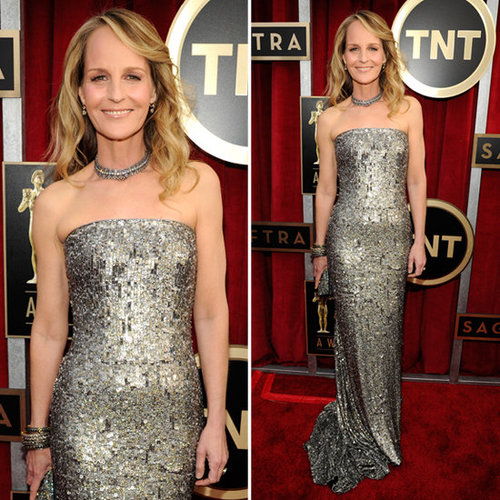 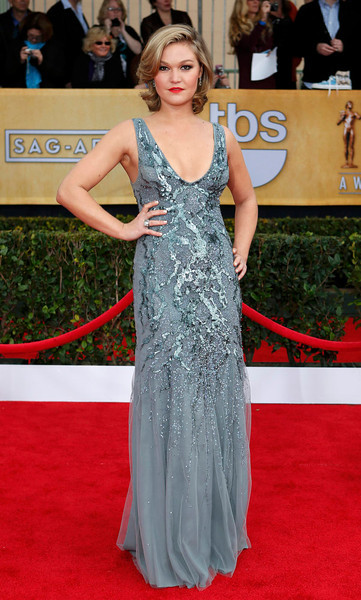 2.  Julia Stiles:  When did Julia Stiles become a Midwestern housewife?  You are 31, get out there, be young, show off your figure, and get a new hairdo. 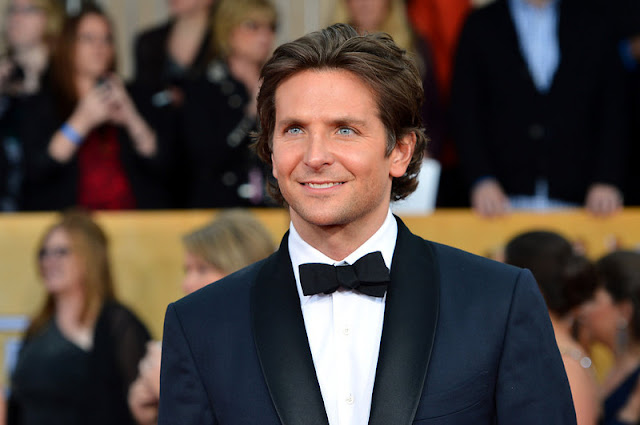 3. Bradley Cooper: I'm not a fan of scruff on men, but I like Bradley Cooper better with a little stubble. He looks naked without it. 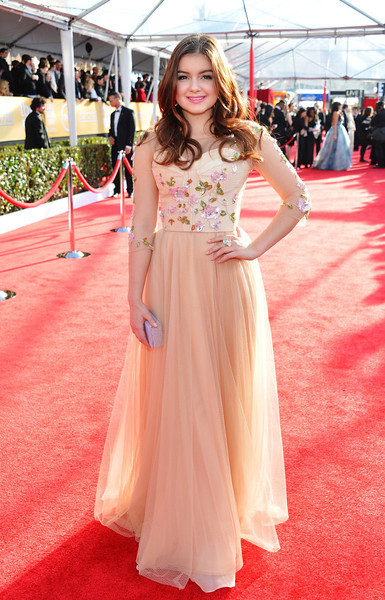 4. Ariel Winter:  I've had to cover her custody case story a lot over the last six months.  I've interviewed her many times.  She's lovely.  I'm so happy to hear she's thriving and doing really well under her older sister's watchful eye.  She deserves a happy childhood. 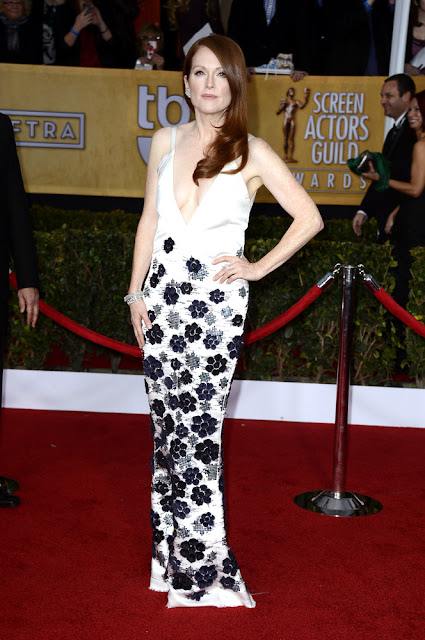 5. Julianne Moore:  Just because you are at the SAG Awards, doesn't mean you bring the SAG with you.  Who dressed her? (As of 2012, it was Leslie Fremar.) For shame. 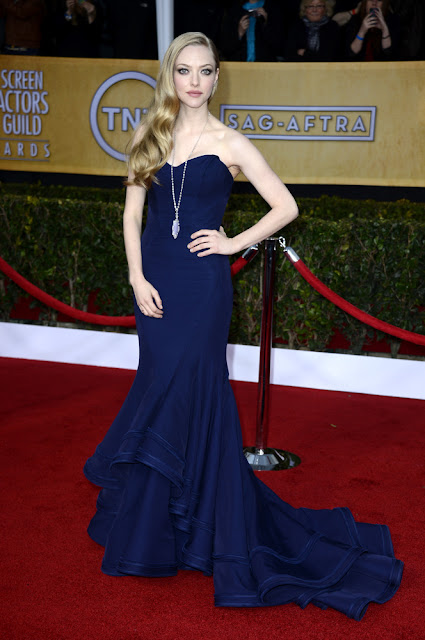 6.  Amanda Seyfried:  I love her.  She's snarky in interviews.  I can't wait to sit one-on-one with her in the future...when snark meets snark.  Best Dressed of the night.  Gorgeous Zac Posen dress in the color of the night:  navy blue. 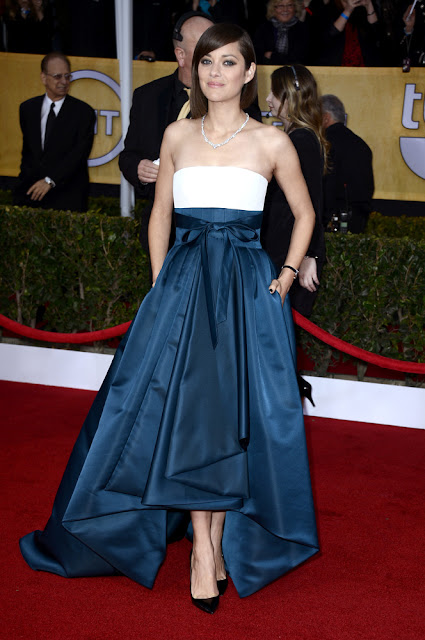 7. Marion Cotillard:  She had the flu.  The next time I have the flu, I want to look like this.  Stunning in Christian Dior. 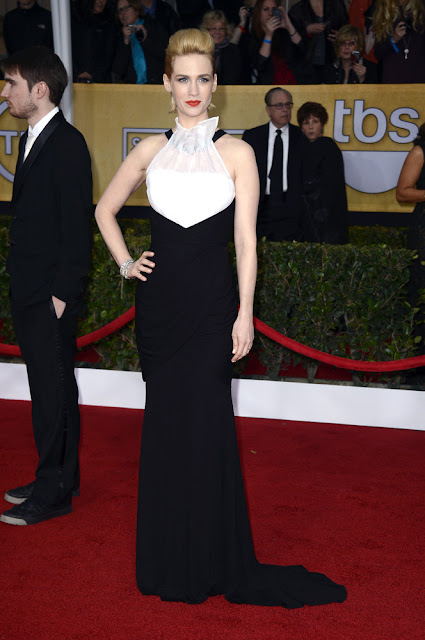 8.  January Jones:  My awards season posts are NOTHING without a mention of January.  She styles herself, kids.  She's always a wild card, but I think she looks pretty tame compared to this or this.  Dressed in Prabal Gurung. Thoughts? 9.  Nicole Kidman:  I yelled at you throughout the 2011 awards show season.  I am so proud.  You look beautiful and only mildly over-Botoxed.  Dressed in Vivienne Westwood. 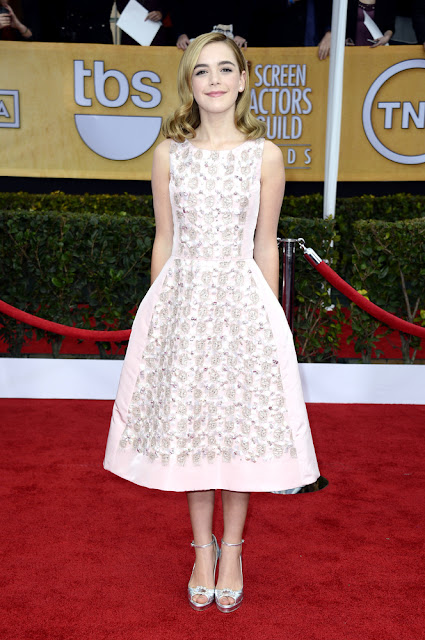 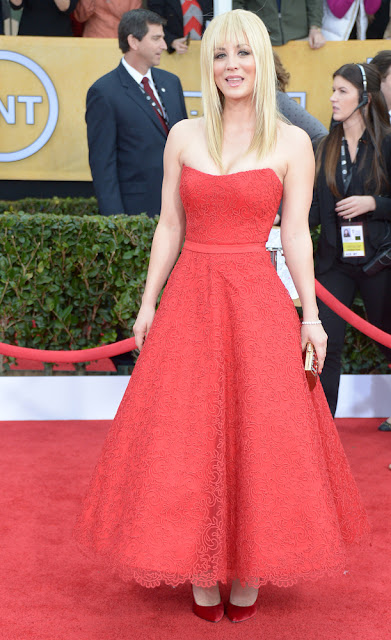 Okay, give me your thoughts, I want to know what you have to say!

Below is my Spreecast with James Molnar discussing the SAG Awards results and what it means to the Oscars,