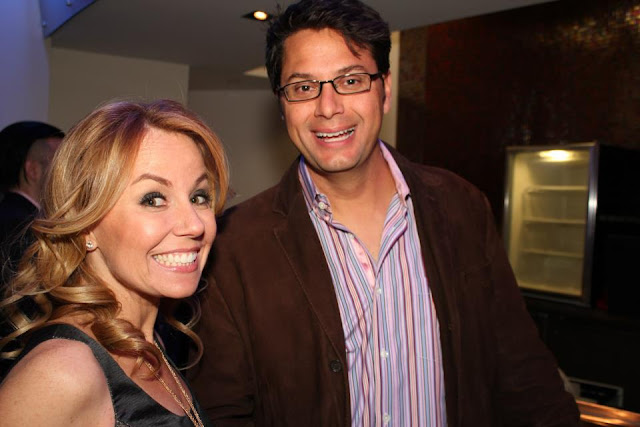 I love finding crazy photos of me on the internet.  This is from the IAWTV Awards where I dragged my former co-host, Matt Troyer, to be my +1.  Photo courtesy of Brenda White.

Are you guys ready for another week?  I sure am because this week I'm checking out the Governors Ball decor and food in the actual ballroom where all the celebs party after the Oscars.  It's the first time I've ever covered this event, so I'm am so excited.  I have done some coverage in the past the week of the Oscars, but it's never in the ballroom since it's too close to showtime. Let me know if you have any questions for Wolfgang Puck, he will be there cooking up some delightful treats.

Also, if hit the home page, you will notice I did a little 2013 makeover for the blog.  Let me know what you think of the layout.  I want to do more with it, but for now I think it gives it a fresher look and it's easier to find old posts if you missed them.

Finally, a big THANK YOU to all of you.  This weekend, I had the highest views ever on my blog since I came online in 2009.  I am so excited to meet new friends (Be sure to say "hi" in the comments below.) and I truly appreciate my friends that have been here since the beginning.  Tell me what you would like to see in 2013 here on Red Carpet Closet because without you, I wouldn't be able to do my job and bring you all the insight from Behind the Red Carpet.

Now, on to Media Mondays: 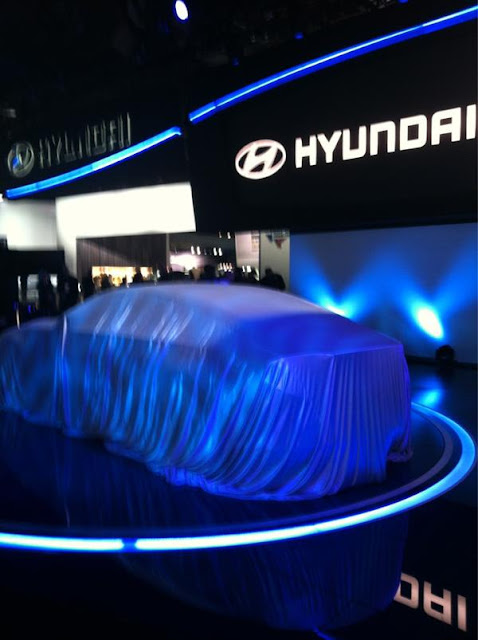 Hyundai:  I have been fortunate to host their internet shows from locales like New York, LA, and now, Detroit.  It's been such a thrill to work with the Hyundai and CDG team to bring this show to life.  Everything is live, so you never know what will happen.  This time, we did a behind the scenes look of the booth, so it gave viewers at home an idea of how big the Detroit show actually is.  Take a look here or see a photo of the event here.

Spreecast:  My fellow entertainment reporter, Lindsay Hoffman, and I chatted about this week's hottest Hollywood stories.  She's sitting on a big story that breaks on Wednesday while I dished about the rumor that Jessica Simpson is supposedly having a boy.  Check out the archive below if you want the latest scoop on Britney, Lindsay, Rihanna, and Demi....Lovato, not Moore.


Tom Barnard Podcast:  Tom and I agreed this week about Spielberg and his films.  If you are following the Oscars race, you might want to hear our opinions on this one.

Dara on Radio: I occasionally stop by Dara's show throughout the year.  Last week, I chatted about the Golden Globes and the differences between the awards shows.  I will be back on her show January 29th and March 5th, but, in the meantime, you can check out the archived show here. 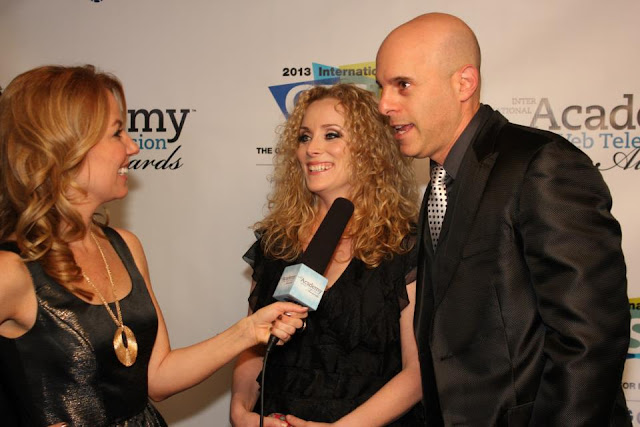 The Radio Dish: Fun highlights from the Golden Globes with the ladies in Kansas City. I come in at the 20-minute mark.  Lots of snark going on this week...lots.

SheKnows:  Here are my 3 favorite articles from last week:
Zoe Saldana and Chris Pine to host the Sci-Tech Awards--Two Trekkies at the Sci-Tech Awards? Perfect!
Will the cast of Les Mis perform at the Oscars?--I hope so!
River Phoenix's last film to be seen 20 years later--He's still missed after all of these years.

Tonight is #RadioBurtt night at 6:35pm PT/9:35pm ET on KWSS.org on the Driving with Gass show.  I'll kick off your week with the latest in entertainment news. See you there!