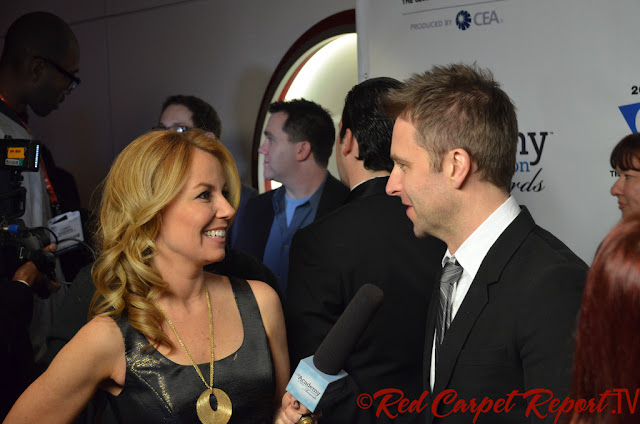 Well, we can't always be on time, can we?  I am finally getting to this post on a Tuesday after hopping on a few planes to cover events in Las Vegas, LA, and Detroit.  I was all over the place, but I had a whole lot of fun.  Take a look at some of the events I covered last week:

IAWTV Awards:  I was grateful to be nominated with my fantastic co-host, AJ Gibson, for our AfterBuzz TV show of So You Think You Can Dance.  We had so much fun in Vegas.  It was also nice to be back on the red....uh, blue carpet interviewing the nominees for IAWTV.  Thanks to the Academy for giving me that opportunity. For my fashionistas, my dress info is here.

Oscar Nominations:  I then ran home on Wednesday to cover the Oscar Nominations for Starpulse.  All of my coverage is here.  Watch the Leonard Maltin interview.  He gives some great insight on the Oscars race. 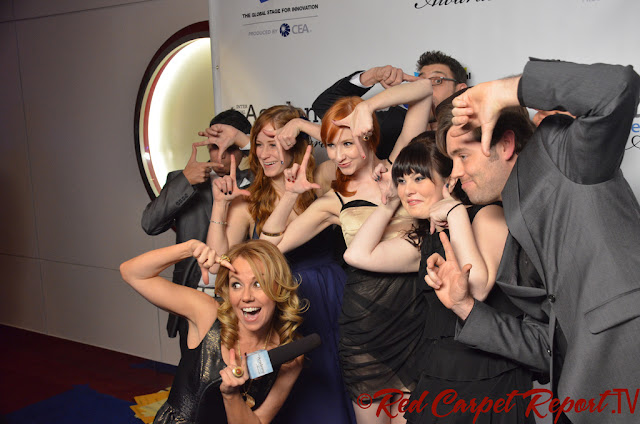 With the cast of Squaresville.  I clearly need help with my square. 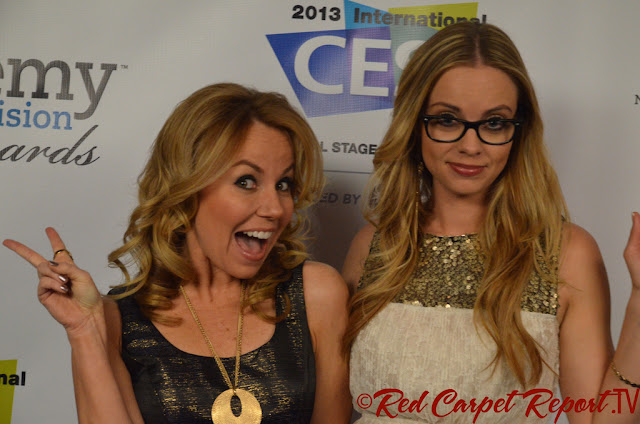 Acting up on the red carpet with Misty Kingma.

SheKnows:  All of my Oscar nominations articles are here.  However, I wrote about a few other things last week.  The more interesting ones:
Ben Affleck gets the last laugh--He also did on Golden Globes night!
Charlie Sheen gets the LA mayor in trouble--Seriously, don't hang out with Charlie.
Demi Moore is keeping her cougar status--Because she can. 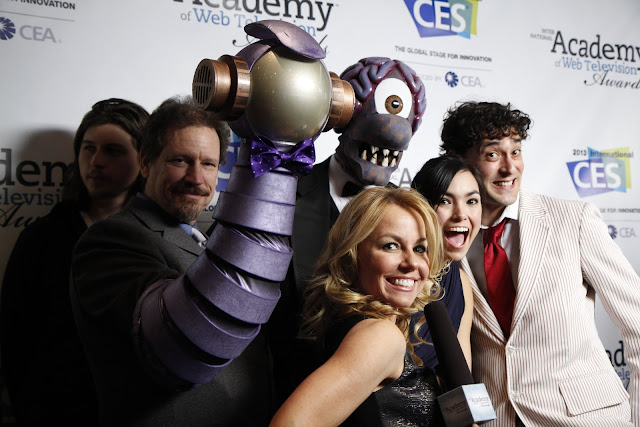 With the cast of The Digits at IAWTV Awards

The Radio Dish:  We talk about the Biebs and paparazzi in this edition of the Hollywood Bling. Listen in at the 20:00 mark. 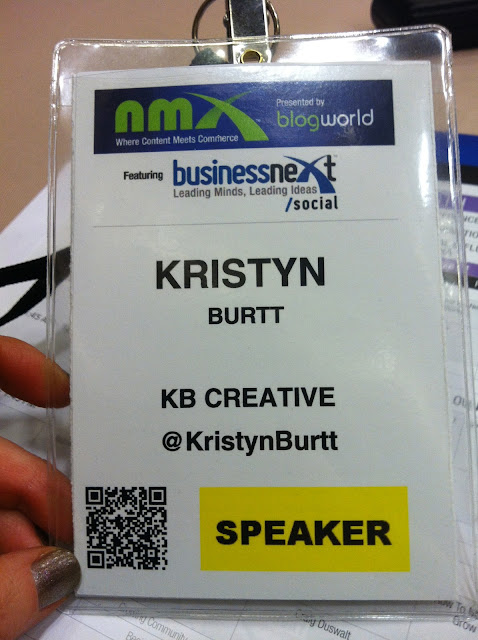 I speak a lot.......just ask my significant other. 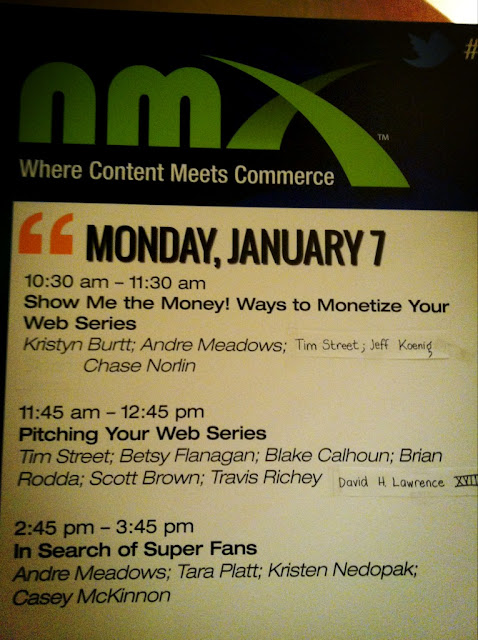 What?!!  Someone wanted me on their panel?  Wow.  Thanks, New Media Expo! 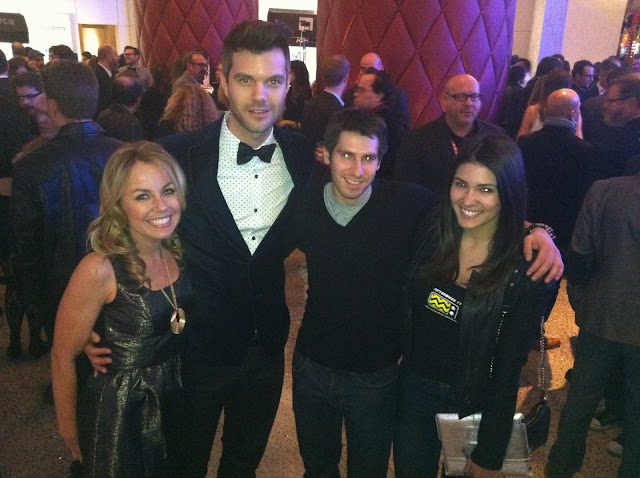