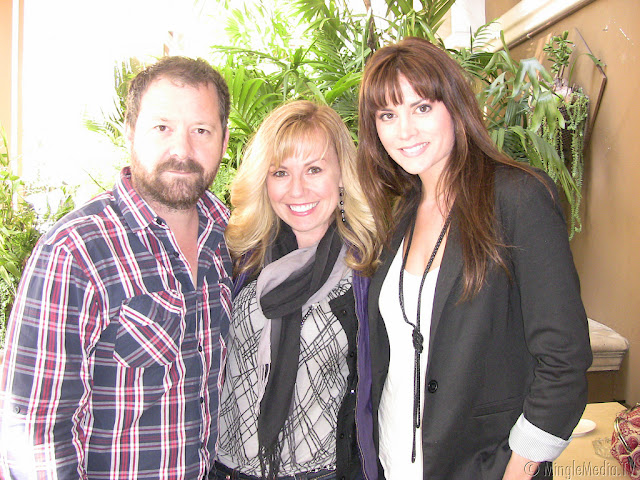 On Wednesday, I had the opportunity to screen the new James Cameron-produced psychological thriller, Sanctum 3D, in preparation for my interview for Mingle Media TV with the film's director, Alister Grierson.  I will be honest by saying that my film tastes usually skew more towards dramas and documentaries versus intense action movies. If I told you that I white-knuckled my way through the film would be an understatement, but the movie was a wild ride.

I headed down to The Four Seasons Hotel in Beverly Hills to interview Alister to really focus on the technical aspects of how the film was made.  When we got there, we found out that Alice Parkinson, who plays Victoria in the film, was also going to drop in on the interview. Score!  This movie was so intense for everyone involved and now I was able to get an actor's perspective. 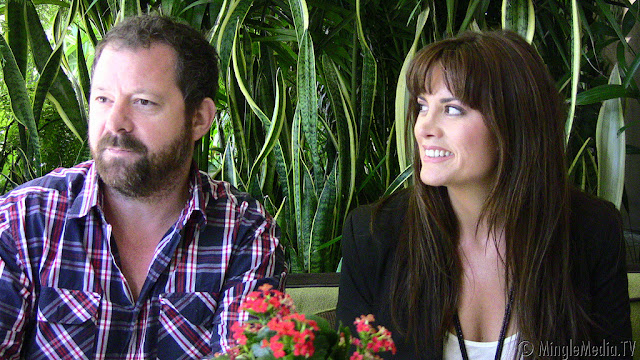 The most pressing question of the day started right off with asking about Jim Cameron.  It had been announced that he was THE most successful man in entertainment last year earning close to $257 million thanks to Avatar.  What was it like working with him?  Both Alister and Alice had an enormous amount of respect for Mr. Cameron especially for his pioneering technologies like the Pace-Cameron Fusion 3D camera system that helped make Sanctum possible--in 3D and underwater. (To understand how revolutionary this system is, read this article.) Alister even had the pressure of being hand-picked by the movie mogul, so the whole film became a career-defining moment for him and one that he handles with total aplomb.

The actors had the challenge of training in rock climbing and scuba diving plus their job of acting.  In fact, they also had to act as their own lighting specialist since much of the underwater light came from the battery-powered lights on their heads.  This created scenes of organic lighting, but with having to remember lines and their scuba techniques, it was a lot of multi-tasking on their part.  Alister also waited to shoot the underwater scenes the last month on set so that the actors had several months of Scuba training under their belt.  He wanted them to be as confident and safe as possible because they were constantly in dangerous situations. 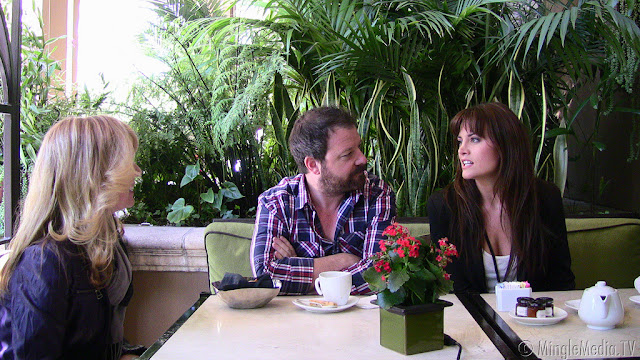 The fascinating aspect of the film is that it is a true psychological drama based on a true story experienced by the film's writer, Andrew Wight.  It preys upon the audience's fear of suffocation, drowning, and claustrophobia in a visually stunning use of camera techniques, sets, and locations.  It also brings up a few questions of morality and human behavior when you find yourself in a dangerous situation. Do you help those in need or do you move forward and save yourself?  What would you do?  After seeing Sanctum 3D, your answer just might change........

All photos are property of Mingle Media TV.
Posted by Kristyn Burtt at 8:50 AM