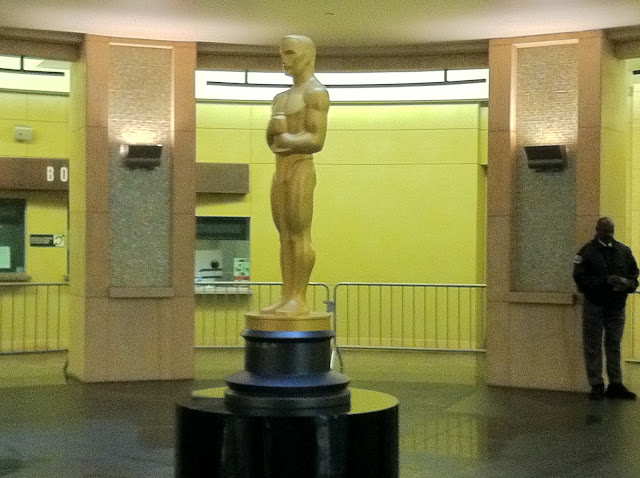 My day began with my press walk-through over at Hollywood and Highland, so I will know where I am going on Sunday.  While I am trying not to be overwhelmed by the process, it's hard not to sucked into thoughts like, "Oh my God, this is one of my top 5 dreams come true!".  I cannot feel anything but grateful to the people who have helped get me to this week.  I will have to do a whole thank you post next week because, it's a long list. 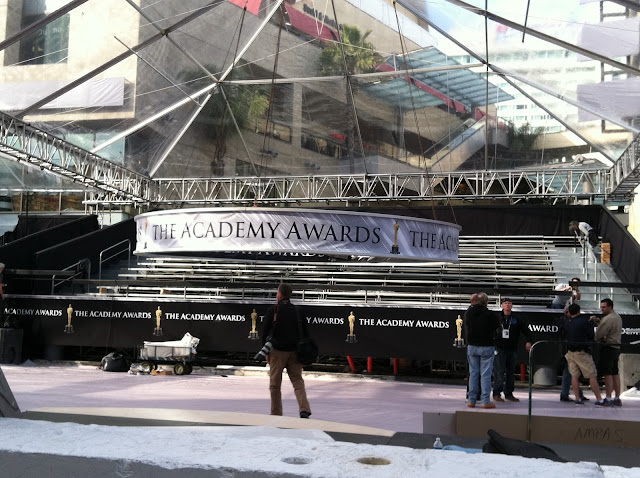 The exciting thing about my Hollywood & Highland visit, the complex that holds the Kodak Theatre, is that the red carpet is officially down.  It's covered in plastic to protect it from the elements including the pending rain, but it's there.  To understand how the red carpet is laid out, it starts at the intersection of Hollywood and Highland and runs down the middle of the street. Yes, Nicole Kidman and Colin Firth will be jaywalking all over the place on Oscar night.  Photos from the red carpet are not allowed until Thursday, so I have a few shots from the pedestrian point of view from today. 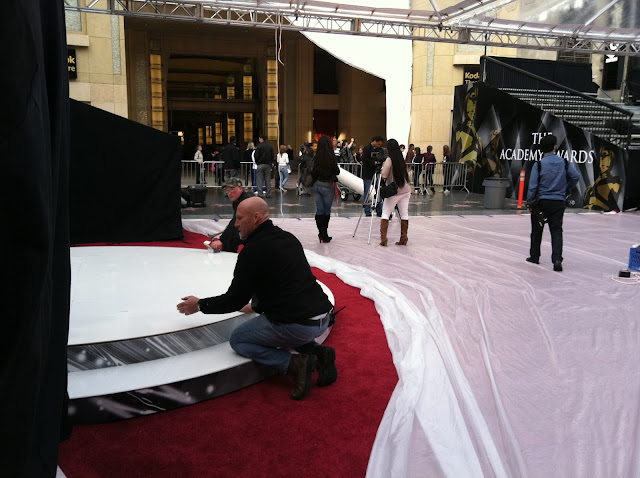 After that, I hopped on over to Paramount Studios for the red carpet for Cinema City International Film Festival where I rubbed Tom Sizemore's head.  Yep, he's back, drug-free, and sporting a mohawk.  I was asking everyone all night about their picks for Best Picture, Best Actor, and Best Actress.  If they voted, Colin Firth, Natalie Portman, and The King's Speech would win.  However, I have been hearing rumblings all over town that many Academy members are voting for Annette Bening.  Annette has made herself very available to the press, it is her fourth nomination, and conveniently, she is a member of the Board of Governors at the Academy.  If you don't think politics plays a hand in voting, think again.  I am predicting an upset in either Best Actress or Best Supporting Actress category.  Let's see if the rumors turn out to be true.

Here's my video of the day:  I take you to the red carpet set-up and I have a minor problem sprouting.  Ah, reality always keeps you grounded.

Make sure to catch up on Tuesday's uh...interesting Beauty Suite and then see the video: