Life couldn't be any more hectic right now.  I am in the midst of hosting Toyota Live at the Chicago Auto Show all while having to fly back to LA for 36 hours to host Live Connect for Toyota and their new Entune launch.  To add to the excitement, I had a bit of Oscar dress drama since Inside Edition scooped up two of my planned outfits for their hosts.  Remember I talked about that red carpet hierarchy?  Oh yeah, it exists and I experienced it. Everything was ironed out though and I appreciate all of the dresses that have been loaned to me for Oscar events.  So, I am off to set for the Live Connect show and then back to the airport to finish my gig in Chicago, but of course, home in time for Oscars Week on Monday. Phew!

Many thanks to Web Series Network for the feature on Mingle Media Network and our red carpet coverage.  I like the photo they chose because I look like a bad ass and it is from our last awards show outing, Emmys Week! 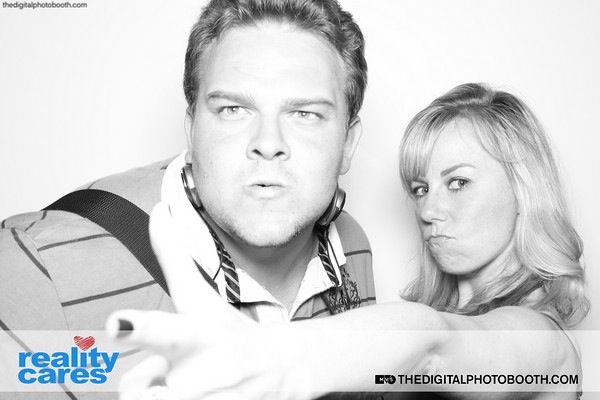 Mingle Media TV Network celebrated their 1st year anniversary on February 8th 2011 and over the past 12 months has covered industry events from the Daytime Emmy's (where one of their LIVE web show hosts won her 3rd National Emmy) to numerous film festivals, award shows, celebrity fundraisers, web series launches and gifting suites.

This year MMTVN was granted credentials for the Oscars and has started covering the event from the nominee announcement on January 25th. The MMTVN crew consist of Kristyn Burtt, well-known for her show 'The Web Files' and producer/videographer JD Piche.

Here's Kristyn and JD behind the scene's at the Nomination's: http://www.youtube.com/watch?v=UTzrH7PIXE8

Kristyn's blog - the Red Carpet Closet was even featured on the Oscar's Facebook Page for her awesome coverage of the Nominee Luncheon!! http://redcarpetcloset.blogspot.com/2011/02/i-would-like-to-thank-a...

Kristyn and JD are being treated like celebrities and are also getting outfitted by designers for the Big Day! Kristyn is being outfitted by Chagoury Couture where A-listers go for red carpet dresses (http://www.youtube.com/watch?v=3HQP7K2mVXs) and JD is getting fitted for a Tuxedo by a locally owned formal wear outfitter: Elite Tuxedo in Westwood.

Next week, Kristyn and JD will be covering events during the week such as the preview of the Governor's Ball, The Food and Beverage Preview, Gifting Suites, Director's Award Show, Makeup Symposium and MTVu Oscar Correspondent competition all leading up to the big day on Sunday the 27th of February.

Look for updates on coverage on the Mingle Media TV site www.minglemediatv.com and Kristyn's blog RedCarpetCloset.TV.