My Thoughts on Derek Hough 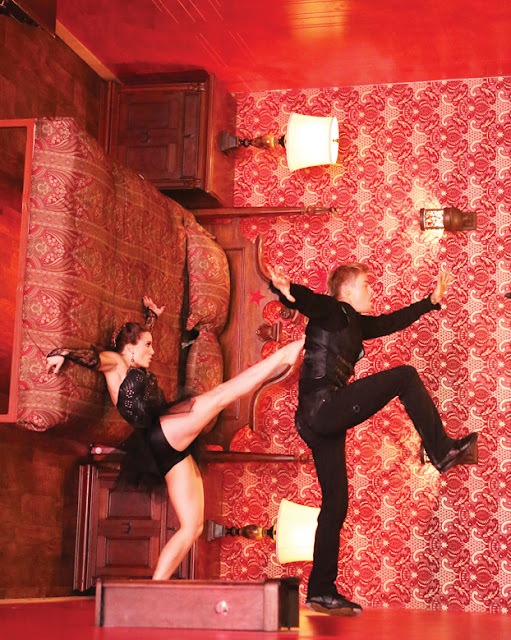 This number alone should win him the Emmy

I have always maintained that I believe that Derek Hough is going to be one of the defining choreographers of his generation. I don't take that statement lightly. As someone who has been a student of dance history, think of the names you would put in that category: George Balanchine, Agnes DeMille, Jerome Robbins, Bob Fosse, Michael Bennett, Martha Graham. There are more, but it's not a list of thousands or even hundreds. I don't say that about any other pro on the show.

With a statement like that, it should be understood that you also have to be a great dancer and teacher in order to be classified as a "defining choreographer of a generation." You can't just be one thing.

On AfterBuzz TV this week, we were talking about Val and Derek and their strengths. If I am going to pick the one quality that makes Derek stand out on the show...yep, it's choreography. For Val, it's teaching. Does it mean they don't have the other qualities? Nope.

We are a show about dance, talking about dancers and why we love it so much. We give opinions that you won't always agree with, but the one thing we all agree upon is that we love dance. I'm one of the hosts of the show and as a part of my job, I have to balance my love for Derek's work with my appreciation and support for what other pros on DWTS bring to the table.

Come Sunday, I hope it's Derek who is holding that Emmy.

Feel free to add your thoughts in the comments below. I will respond to all comments here, but I'm going to keep the debate off of Twitter. Thanks, guys!  See you next week with our guest Henry Byalikov...who is also choreographing this week's opening number on DWTS with Sharna Burgess.

Posted by Kristyn Burtt at 8:08 AM