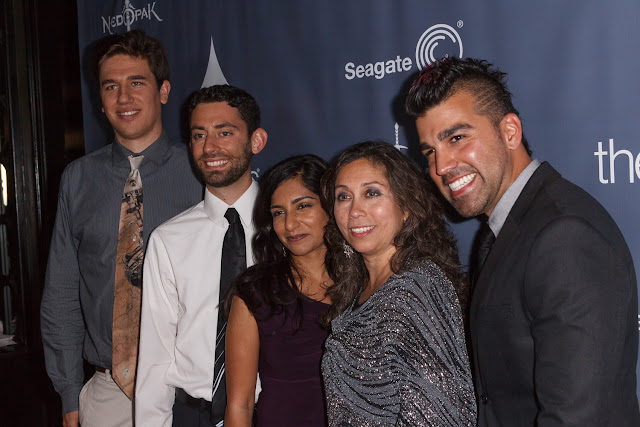 The 1st Geekie Awards were held on Sunday at The Avalon Hollywood with a sold-out crowd celebrating the best in geek culture. The night was conceived by actress and producer Kristen Nedopak who works in the genre. She's well known for her web series, The Skyrim Parodies, so creating the awards show was a natural fit for her. 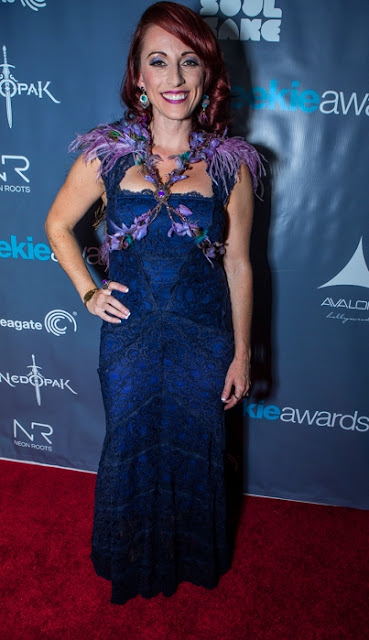 The show was hosted by Alison Haislip who ushered in the inaugural awards show to great fanfare. However, the big highlights of the night were reserved for the honorees. Stan Lee accepted his Lifetime Achievement Award from Seth Green while the Geek Cred Award went to the NASA JPL Mars Curiosity Rover team. Also receiving an award for Geek of the Year was Nathan Fillion who was not in attendance, but accepting on his behalf was GoDaddy's make out king Jesse Heiman. 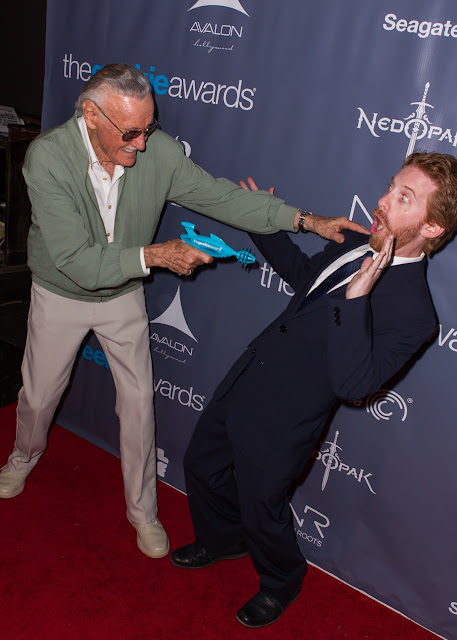 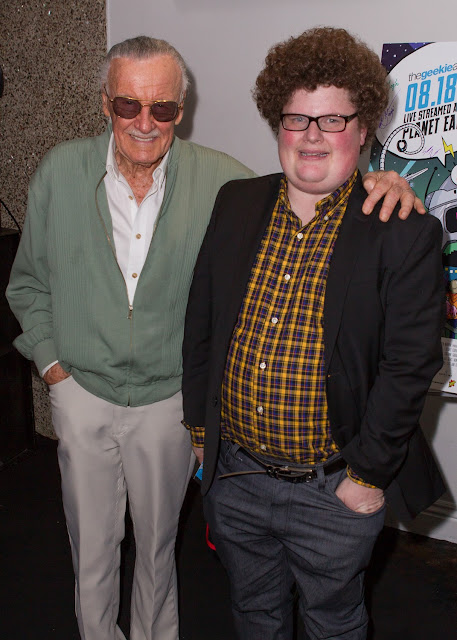 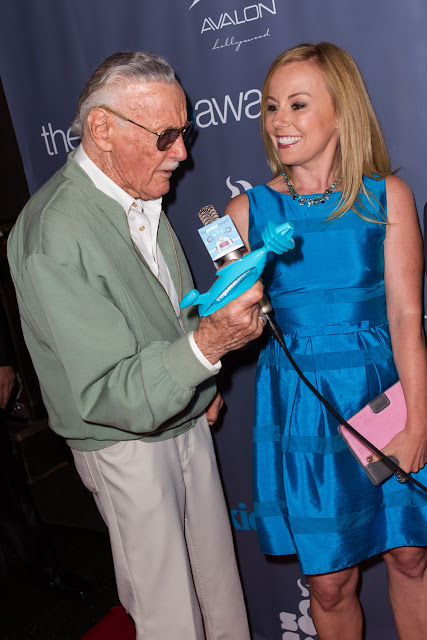 Stan Lee on the red carpet with Kristyn Burtt