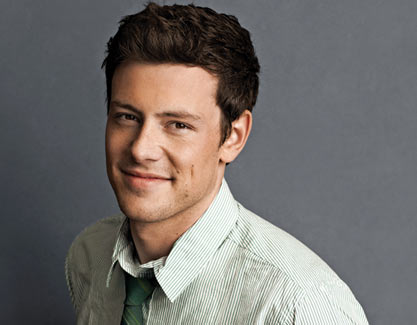 When the news came down yesterday about toxicology reports showing that a mix of heroin and alcohol killed Cory Monteith, I received texts, emails and tweets looking for my reaction. I was on my way to set, so driving and texting is never a good idea.

In the past few days, I have been talking with people who worked with Monteith. Some considered him a work friend while others considered him a personal friend. What emerged was two different Corys: the sober Cory and struggling addict Cory.

Those who knew sober Cory talked about the professional who showed up on time, knew his lines and was nice to everyone.

Those who knew the addict gave me stories about him at parties where there were a lot of unsavory people doing illicit things.  Unfortunately, much of this occurred even as early as Season 2 of Glee.

Kristen Johnston on Cory Monteith: Death was "not shocking" >>

I've been talking a lot about the fact that the 31-year-old had two different lives. He was a closet addict. Many of his close friends did not know he had fallen off the wagon earlier in the year until he went to rehab. Those who knew of his recent struggles were aware that he had resorted to heroin. There was an intervention and he went off to Betty Ford to dry out and then completed the rest of his rehab at Eric Clapton's Crossroads facility in Antigua.

In the age of tabloid journalism where people sell their story to rat out celebrities, it's pretty incredible that we are only hearing about the Glee actor's addiction to heroin now. That is how loved and protected he was by his friends, castmates and family members.

Rob Delaney on his own addiction >>

For someone battling demons like addiction, every day is a war. Falling off the wagon is common.  Getting back on the wagon is hard. Detoxing and then using again changes tolerance levels, so overdosing is always a risk.

Monteith's story is a familiar Hollywood tale and one that I've already talked about, but it's also a good reminder to try and get help if you need it and if you want it. If you have a friend struggling with addiction, support them.  If you live in this crazy town of Hollywood like I do, hang out with people who will lift you up, not drag you down.

I'm already hearing stories about a young female star who has her own addiction issues. She comes from a Tinsel Town legacy family where addiction is familiar. Let's hope she finds the support and light that she needs...because the tabloid press is already sniffing around. (If you are a super sleuth, the actress made headlines this week.) UPDATE: I chose not to report on this story because she needs help, but TMZ revealed the young star whom I was referring to. You can read it here.)

I don't want to report on more tragic tales.
Posted by Kristyn Burtt at 7:51 AM