Awkward Bruce Willis Interview: Is It Time to Rethink the Press Junket? 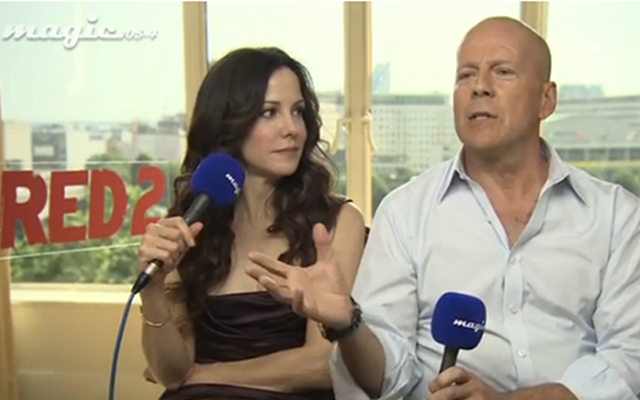 Well, here we go again. Another celebrity, another press junket and more rude behavior. I talked about this topic before regarding the Jesse Eisenberg incident while he was promoting Now You See Me. The press junket is a way to get the media and the celebrities together in one place to help promote a film. However, it's a long day for the celebs who are subjected to questions from journalist after journalist over a weekend. The reporters get a timed four to fifteen minutes with the stars of the film. On any given junket, you will see big media outlets like E! News waiting in line with a local news station from Miami.

However, is it an outdated format? Within a matter of hours, YouTube is littered with the interviews with the same hotel background and the same questions being asked by reporters from multiple outlets. As you can see, some stars are gracious and others can't fake their disdain like Bruce Willis promoting Red 2.

I won't let the journalist off the hook either. The media has to walk in there confidently and be ready to steer the interview in another direction if it gets awkward...and this one was certainly awkward. Whether it was a lack of experience or just feeling intimidated by Willis, this interview certainly didn't go his way.

What do you think needs to be done with press junkets?  Should publicists retool the format or get rid of it?  It doesn't seem to be working for some celebs and a few journalists lately.

Posted by Kristyn Burtt at 8:13 AM