It's the annual Dizzy Feet Foundation Gala and I have to say it is a must for any So You Think You Can Dance or Dancing With the Stars fan. Next year, save up and come to LA for National Dance Day, you won't be disappointed. Another good note, the fans are able to watch the red carpet and grab photos of the dance stars as they went into the venue.

Here are a few of  my photos from the evening. My official article will be up on Press Pass LA next week, but I will give you some inside scoop from the red carpet.

So sit back, relax and enjoy! 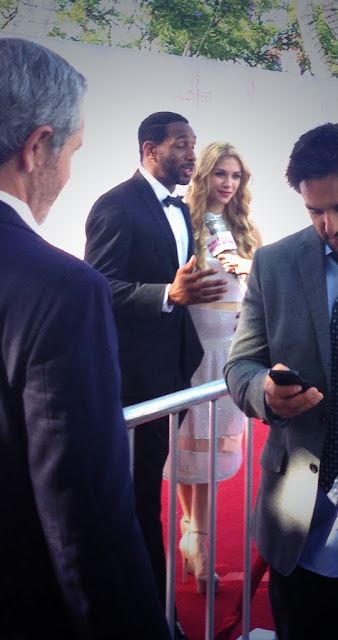 tWitch and Allison Holker are the King and Queen of dance. They stayed the longest on the red carpet and talked to EVERYONE. Total class. The dance world couldn't have better ambassadors. 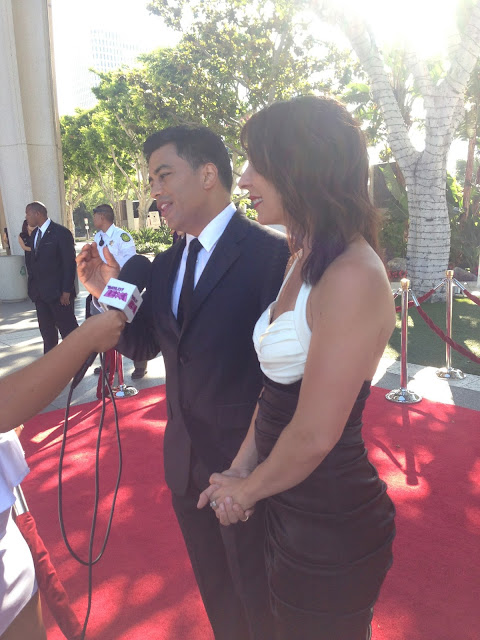 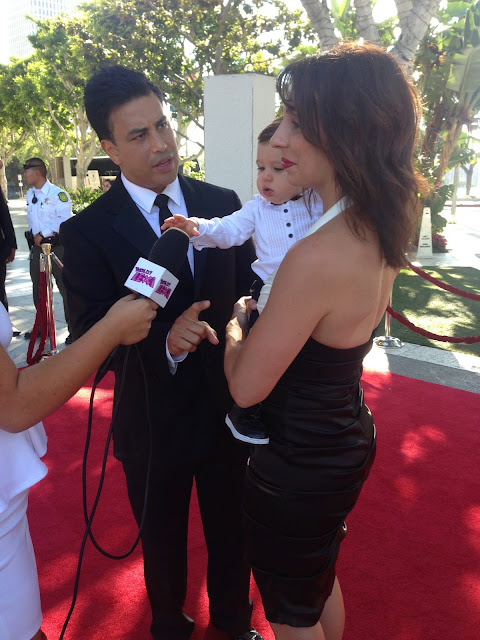 Look who they brought, little London, who was wheeled down the red carpet in his stroller. They talked about London loving music, so perhaps he's a future contestant on American Idol. 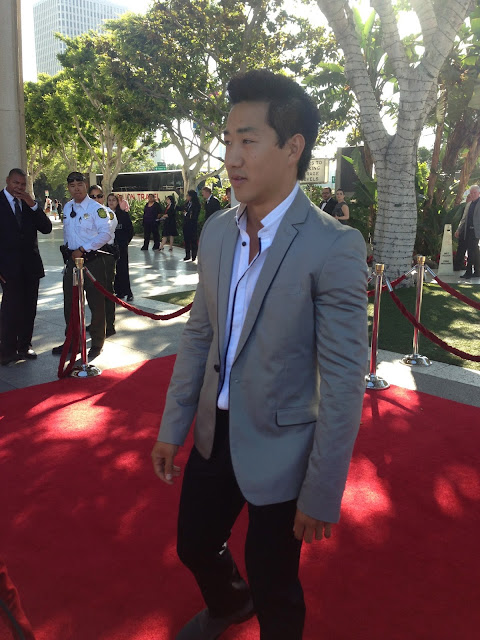 Alex Wong looked very handsome on the red carpet. He talked about the importance of influencing a future generation of Asian dancers. If you missed his ABTV appearance, watch it here. 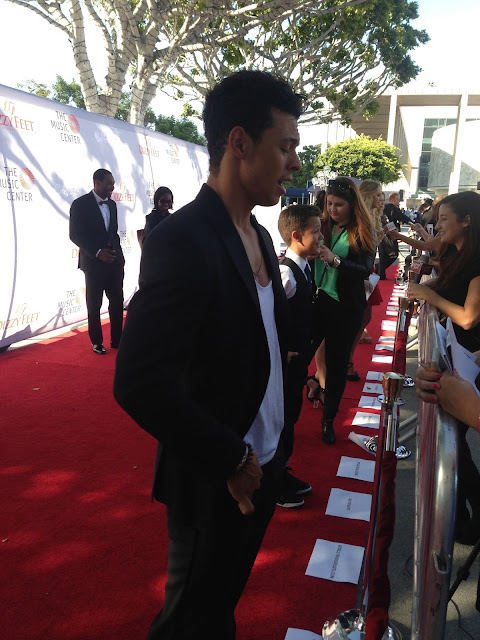 Chehon is ready to be a huge face in the choreography/producing/directing world. He's determined and I believe him.  Watch his ABTV appearance here. 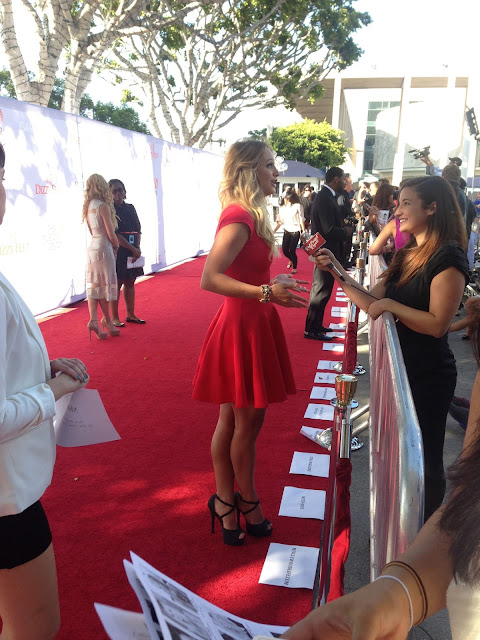 How incredible does Mollee Gray look? We keep showing up at the same events lately, so I am sure I will have more scoop for you soon. Her red dress is by Ted Baker--gorgeous!
Watch her ABTV appearance here. 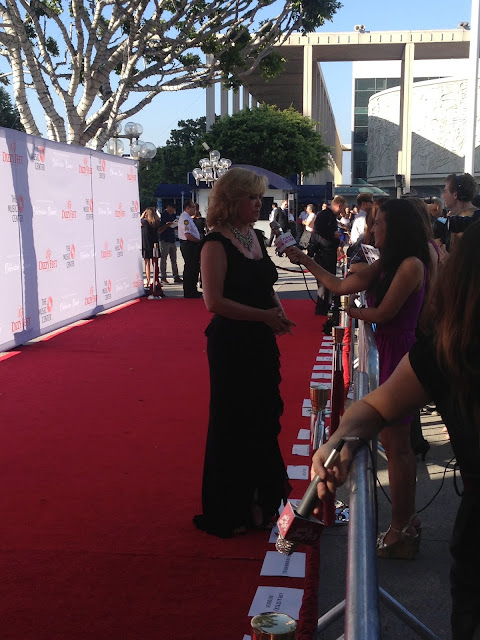 Every time I interview Mary Murphy, I like her even more than I did the last time. She's so kind and thoughtful. She talked a lot about the format changes and how much she hated the first elimination. 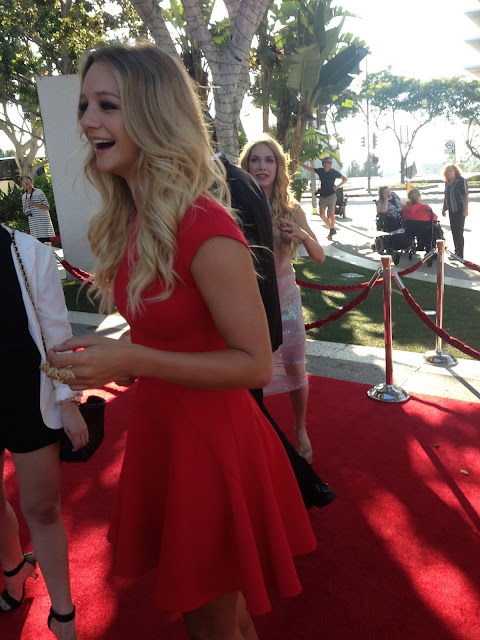 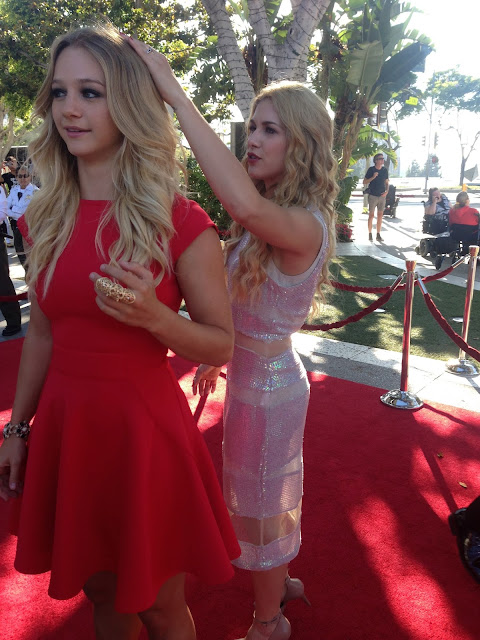 Allison being a good friend and fixing Mollee's hair. 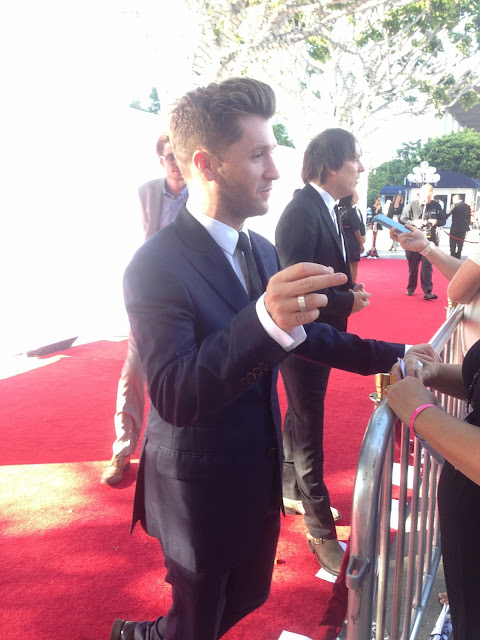 I love that we have such a strong generation of choreographers including Travis Wall. He was a fan favorite, people screamed for him in the crowd. 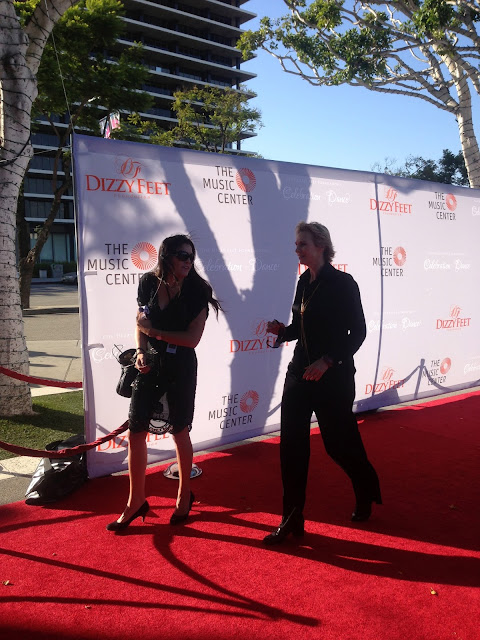 Jane Lynch looked beautiful. The Glee cast members did not answer any questions...totally understandable. They need their privacy.

Honoree Chita Rivera. If you have never seen her work, watch this, she's a legend.

Arthur Mitchell is the first black ballet dancer for New York City Ballet and the founder of the Dance Theatre of Harlem. He paved the way for so many other black dancers in the ballet world. Watch him in the Balanchine "Agon" piece. 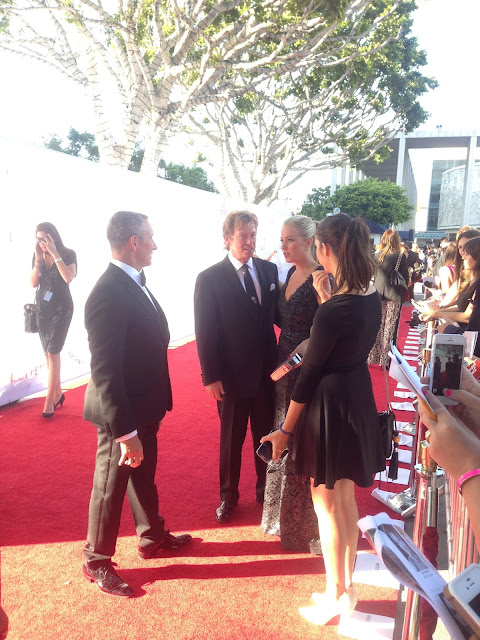 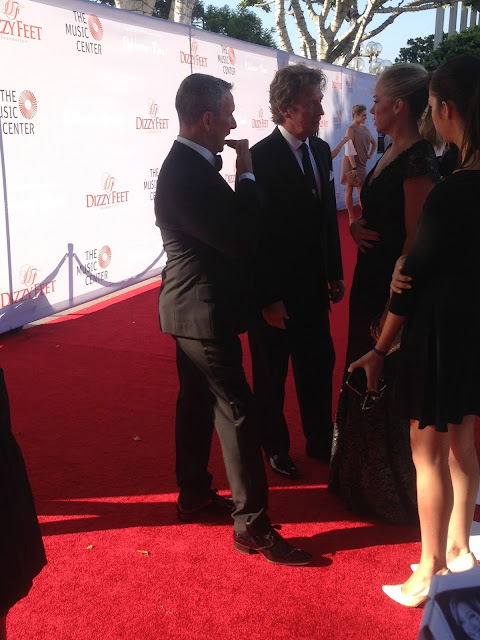 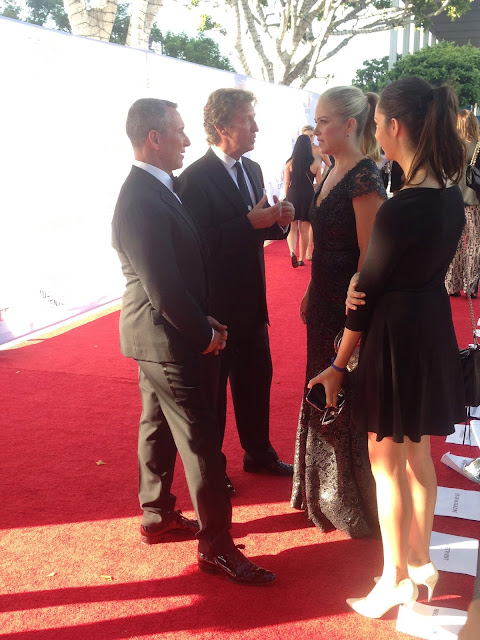 What are they talking about?!! This is when I asked Nigel when he was going to make Christina a permanent judge. He said he's tried but they have massive scheduling problems. Christina then looked over at me and jokingly signaled she wanted a lot of money. Then, Adam chimed in..."Wait, that leaves me off the panel if she's a permanent judge."
There you have it...they've tried to get her permanently, but can't. 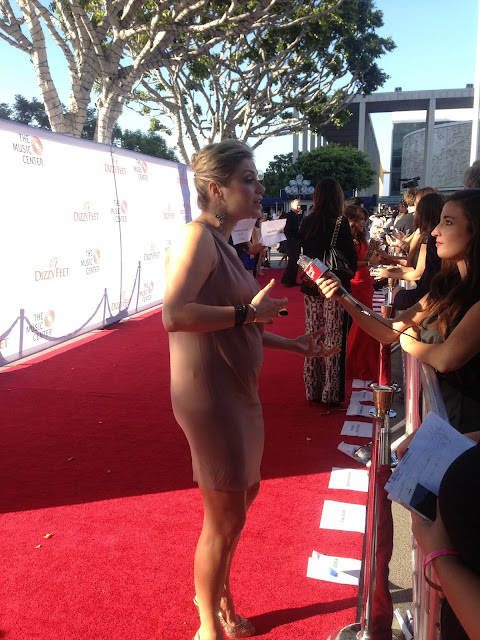 Stacey Tookey...she's dying to get her hands on Makenzie for choreography. 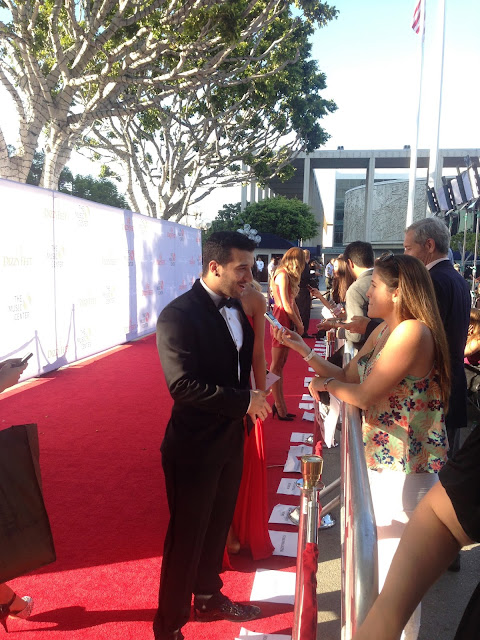 For those that were asking, Mark Ballas' new album is expected to drop early next year. 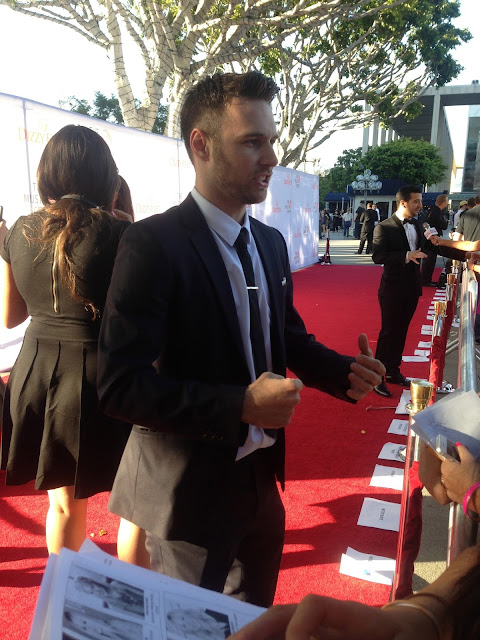 Chris Scott wants to choreograph on Fikshun this season... 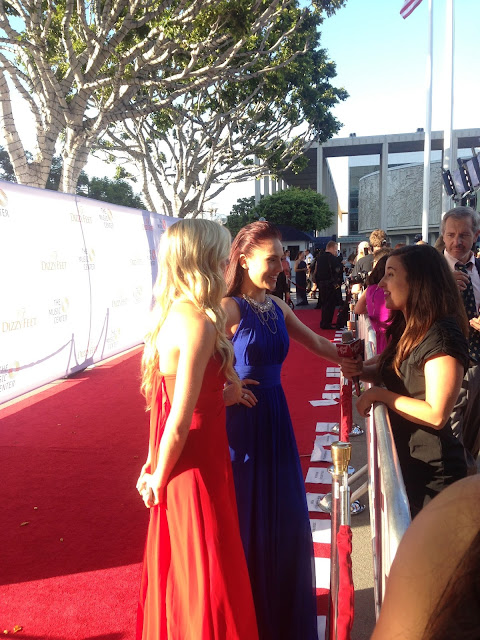 Lindsay Arnold and Sharna Burgess looked incredible on the red carpet. I even met Sharna's mom who is here on holiday. So sweet! Watch Sharna and Lindsay's ABTV appearance. 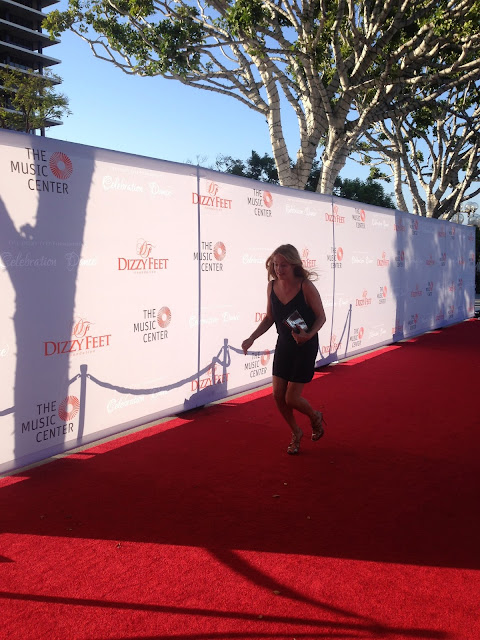 Yep, that's Cat Deeley running late and running down the red carpet as the show was beginning. 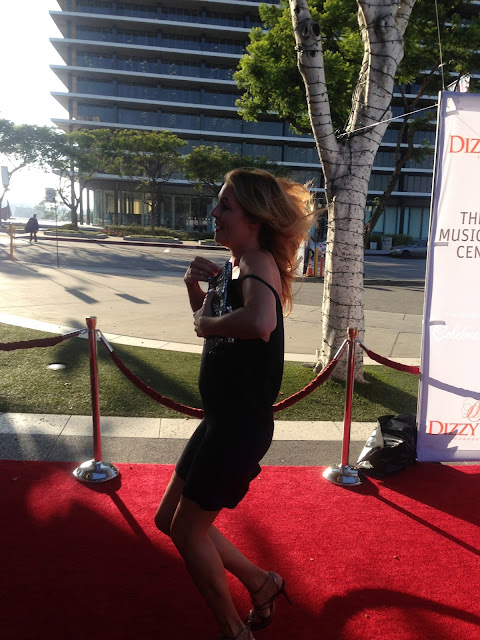 And that's the elegant Cat having a wardrobe malfunction.

Posted by Kristyn Burtt at 9:07 PM