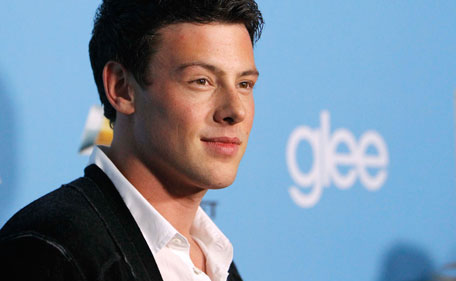 Last night I received a text from a friend just as the news about Cory Monteith's passing was breaking. This is exactly the same way the Heath Ledger news went down in 2008. In 1993, it was via a New York Post headline for the shocking news of River Phoenix's death. Sadly, the news of losing someone far too young in such a tragic way like Phoenix or Ledger will happen again and again. It's a familiar Hollywood tale.

While we don't know yet what caused Monteith's death since an autopsy won't be performed until Monday. (Toxicology tests can take weeks for the final results.) However, the public and media will speculate what might have happened.

On May 2, I wrote an article about the Glee star and his devoted girlfriend/co-star Lea Michele for SheKnows. The article discussed the united front the two were showing upon his release from his stint in rehab. It's really hard to even read that article now, especially with the adorable video that accompanies it.

I've interviewed Michele before and she is a driven and focused young woman. She's not a familiar face on the Hollywood party circuit. Everyone I know who has worked with the young couple said that they were great together and that the Broadway star's positive influence was good for Monteith. From friends to co-workers, that rehab stint this spring was a surprise to everyone. No one had an inkling he was in trouble and that his former demons had resurfaced.

Addiction is a beast and it's even harder under the microscope of Hollywood, fame and fortune. The 31-year-old was always honest and open about his struggles. In Tinsel Town, it's really an admirable quality in a city that is filled with smoke and mirrors.

As he told Parade magazine in June 2011, "I don't want kids to think it's okay to drop out of school and get high, and they'll be famous actors, too. But for those people who might give up: Get real about what you want and go after it."

Let's remember Cory Monteith as the talent that he was...youthful, hopeful and sweet to the core.

"Just the Way You Are"