The Oscar Looks of Elizabeth Taylor The news of Elizabeth Taylor's passing hit Twitter fast yesterday morning.  Life Magazine had their gorgeous retrospective in photos up within minutes and it was a great day to honor such a full, vibrant life.  Miss Taylor was one of those irreplaceable legends whose grace, foibles, and philanthropy were all a part of her imperfect, charismatic persona.  To the woman who thrilled me in National Velvet, amazed me in Who's Afraid of Virginia Woolf, and made me green with envy at 11 years of age because she was friends with Michael Jackson, here is my tribute to her.  Elizabeth Taylor at the Academy Awards.....

Miss Taylor rockin' the tiara with husband number 3, Mike Todd, after his Best Picture win in 1957 for Around the World in 80 Days. 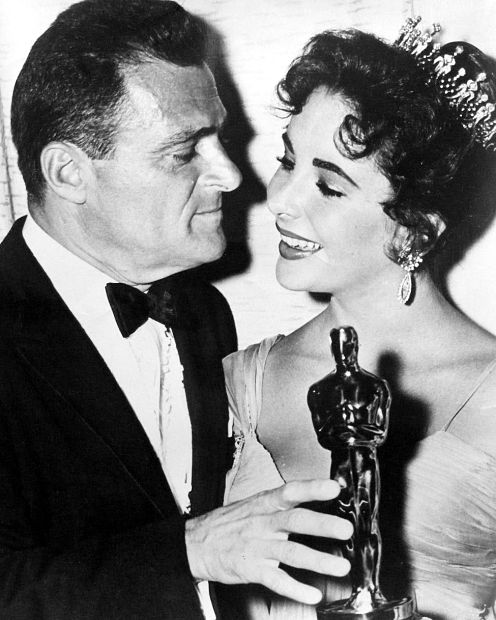 At the 1961 Oscars with husband number 4, Eddie Fisher, on her winning night for Butterfield 8 in a dress by Dior.  In a true testament to her strength and fortititude, Elizabeth had a tracheotomy only weeks before after a bout of pneumonia.  Tracheotomy scar and all, Miss Taylor showed up at the Oscars like all dramatic divas should.  She promptly fainted in the bathroom after her win.  Awesome.

Her acceptance speech is here. 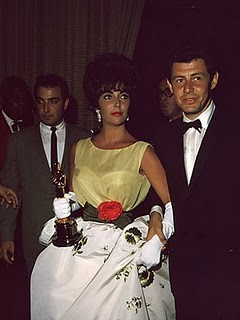 I know smoking is gross, but this was back in the day when it looked glamorous and sexy...... 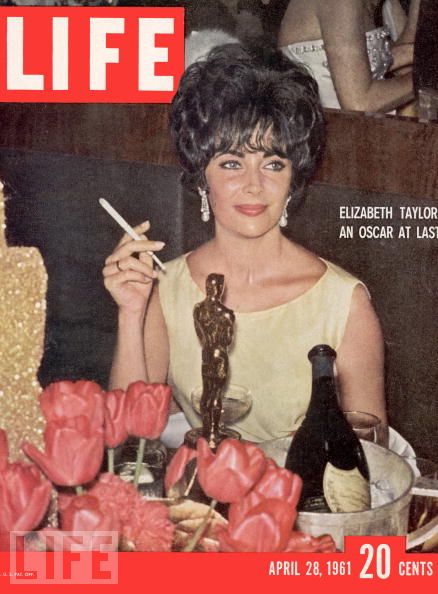 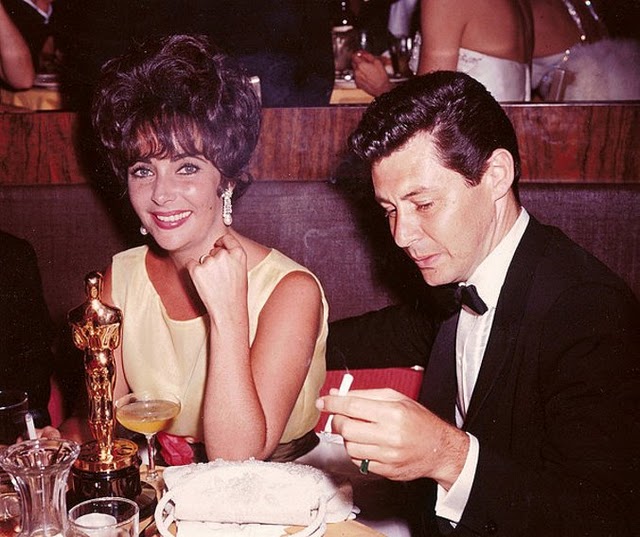 Win number two in 1967 for Who's Afraid of Virginia Woolf and dripping in her gorgeous stones.  Yes, they are real and yes, they are hers....but she didn't attend the ceremony because she knew her beloved Richard was not going to win that night.  She won.  He didn't. 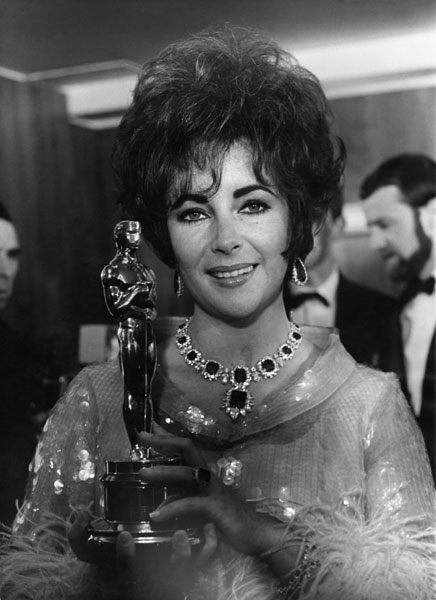 Oh my!  How can you not love this dress! And those boobs!  (Yes, I said it, but they look fabulous!) And that baked in the sun look!  This divine dress is by Edith Head, eight-time Academy Award winner for Costume Design, and probably one of the biggest Hollywood fashion legends. Don't forget to check out Miss Taylor's "small" diamond dripping down to her decolletage. 1970 Oscars with 2-time husband, Richard Burton. 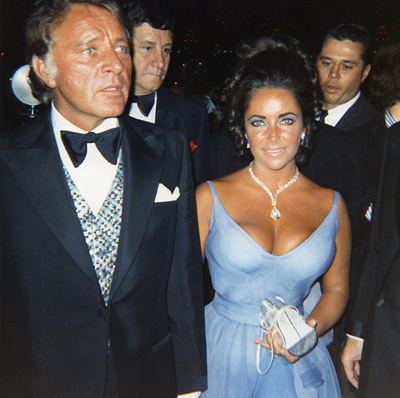 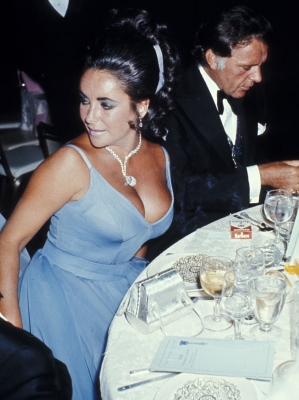 At the 1974 Academy Awards, the inner flower child comes out with her continuous deep tan and spectacular chandelier earrings. 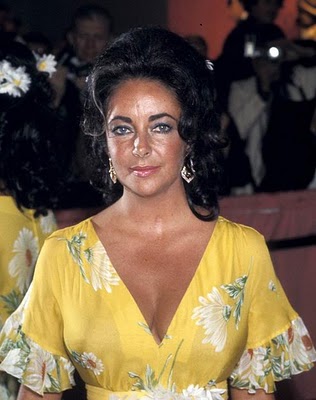 A refined and elegant Miss Taylor presenting at the 1992 Academy Awards and proudly sporting her red ribbon.  Oh, to have violet eyes! 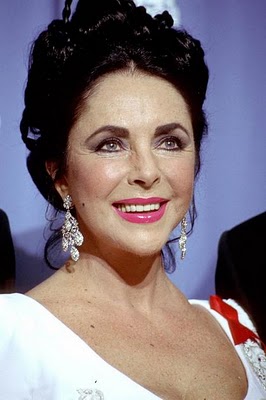 In 1993, Miss Taylor captures an honorary Oscar for the Jean Hersholt Humanitarian Award.  Her work for HIV/AIDS charities was done in a time when the topic was controversial and the community was dying a unprecendented pace.  Miss Taylor took up the cause and raised millions for research that has prevented an AIDS diagnosis from becoming a death sentence in 2011.

In an unusual move, she borrowed the daisy necklace from Van Cleef and Arpels.  Later, she bought it because she believed it brought her good luck.  I'm not sure we ever saw her wear it again......

Enjoy the video of her gracious acceptance speech and be amazed at the height of her hair, thanks to José Eber. 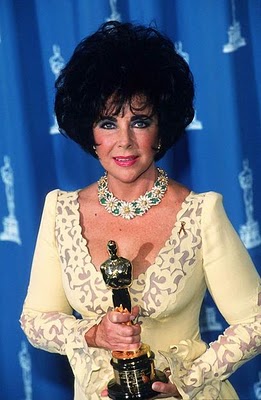 What is your favorite Elizabeth Taylor look?

Photos from the archives of AMPAS.