April was perhaps one of my favorite months this year for me.  It was a complete whirlwind since I went right from working in Atlanta to two weeks of work in New York straight home to the red carpet for the 2nd Annual Streamy Awards.  Here are a few highlights from the excitement that surrounded this month.
1.  Final show of Season 3 for Toyota Live in New York City.  Here with my co-host, Matthew Troyer. 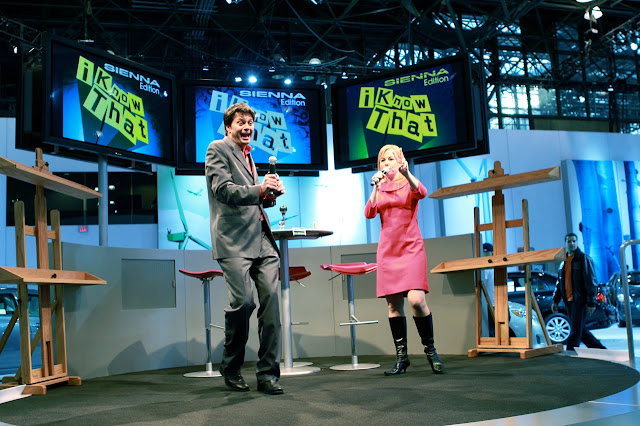 2.  Cupcakes are a must no matter where I am in the world.  This was my Easter cupcake piled high with frosting from Burgers and Cupcakes.  Yum! 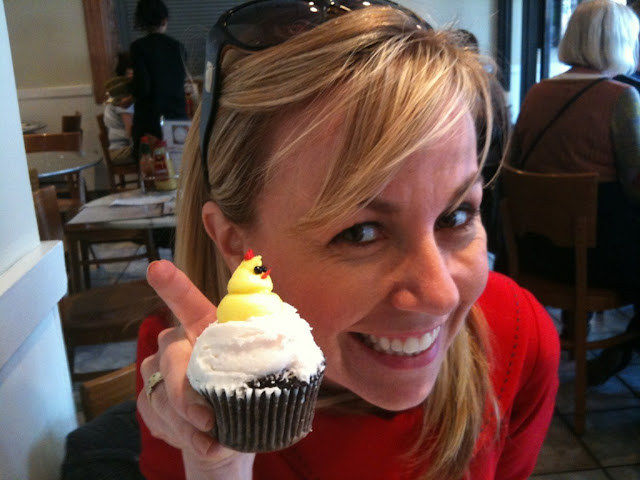 3. Back in LA and prepping for the Streamy Awards with the amazing makeup artist, Melissa Anchondo.  She always makes me look way better than I do in real life. 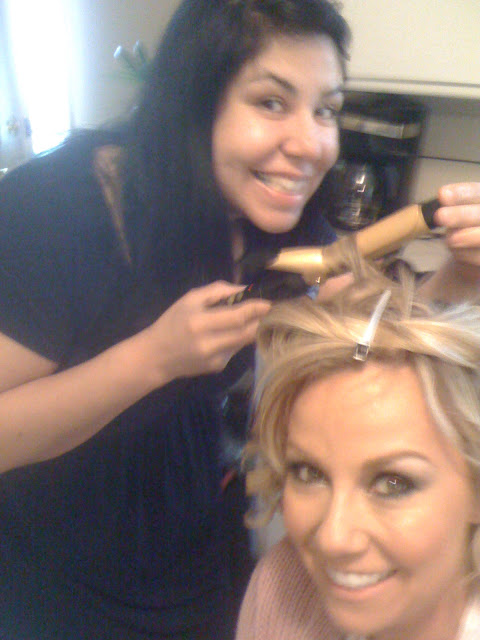 4.  A bunch of photos from the red carpet of the Streamy Awards. The opening of the red carpet show with iJustine, me, and Cyndee San Luis.   Here is my account of the night. 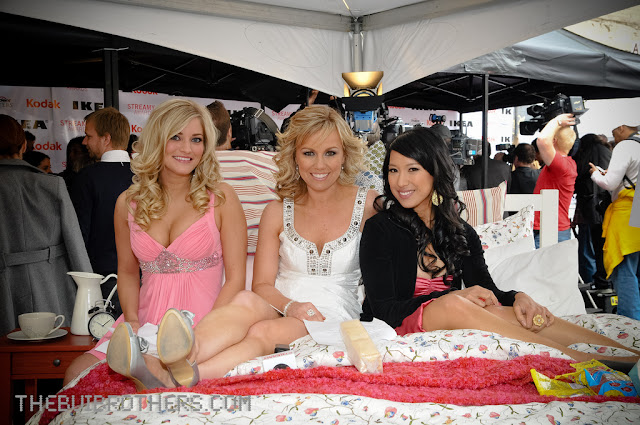 Not my best photo, but I love how happy I am.  I was thrilled to be walking the red carpet that night. 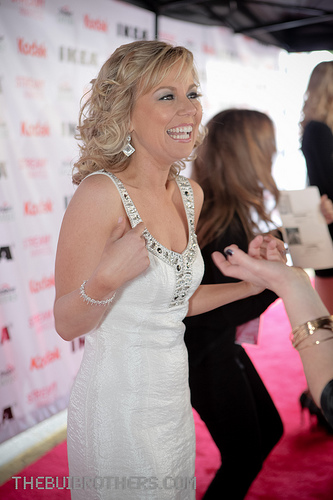 I think this was my favorite photo of the night.  Here is the rundown on my outfit. 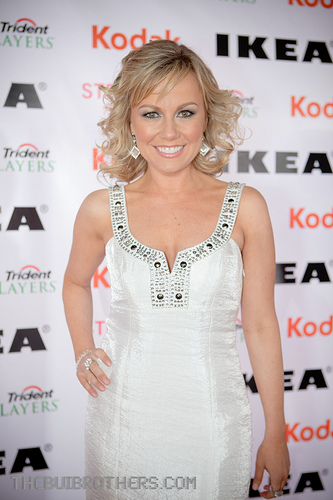 My first in-person meeting with entertainment reporter, and now, good friend, Jeff Rago. I love that we have it captured on film. 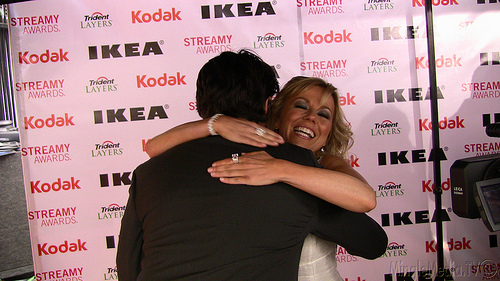 One of my favorite people in Web Television, talented writer and Streamy Award winner, Bernie Su. 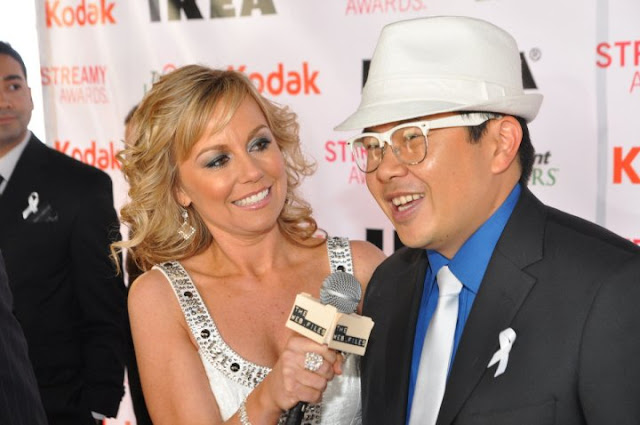 Like every girl who likes to eat, you grab a big burger at the end of a fancy night.  Be sure to check out the interviews from the night. 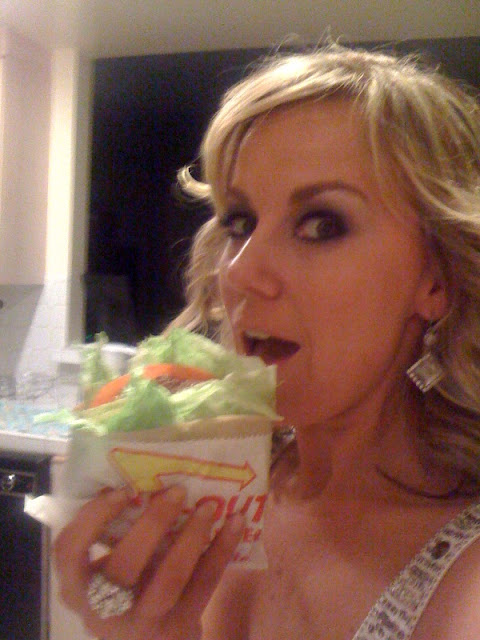 5.  And then right back to work.....from the red carpet to talking about Hybrid Synergy Drive at the Toyota Grand Prix of Long Beach.  This big-mouthed photo is now used on my agency's home page. 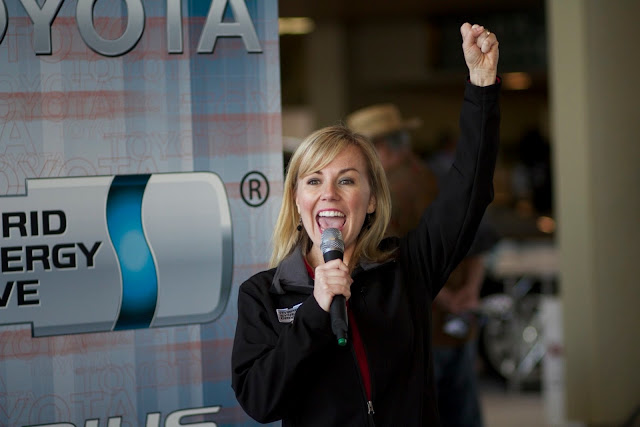 Tomorrow brings lots of intriguing photos for the month of May.....one of my Top 3 Web Files episodes of 2010, an encounter with the Governor, and a trip to the Houdini Mansion.  I told you it was a crazy year!
Photo Credits:
Photo 1:  Ron Williams
Photos 4-6, 8:  The Bui Brothers
Photo 7:  Mingle Media TV
Photo 10:  Matt Troyer
Posted by Kristyn Burtt at 12:00 AM