Scenes from a Weekend at The State Fair of Texas

I have officially completed 18 days so far at the State Fair of Texas and I have to say, it is much easier the second time around.  I have to thank the weather for cooperating this year; gone are the fleeces, gloves, hats, and scarves from last year.  I can't believe I will be home in one week after a month in Texas! Catch a glimpse of my weekend in photos:

Here I am, eating the famous Fletcher's Corny Dog.  Now, the Fletcher Family claims they invented the corn dog.  I don't who invented it, but it's delicious.  Read the history of the corn dog here. 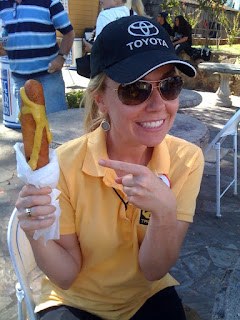 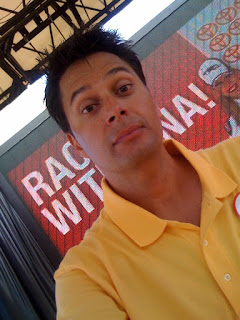 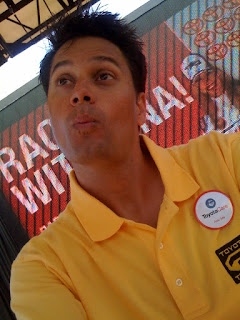 My co-host decided to hijack my iPhone and change my wallpaper to his lovely mug.  I decided that he must really want his photos published, so I tagged him on my private Facebook page.  Let me tell you, he really enjoyed that one.  Little does he know, he's on my blog too!
Here's where I get a little grumpy at the city of Dallas, DART, their transportation system, had a huge debacle last year during the UT/OU game with getting people to the fair and the game on time.  They did a great job at the game this year, however, this weekend was even busier than game weekend.  Did they learn their lesson?  Nope, here are the crowds waiting to get on an available train.  Sigh. 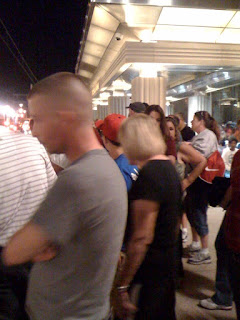 Larry at the ice cream stand is my best friend at the fair.  He kindly hooks me up with a vanilla soft serve every once in awhile.  Perfect for a hot summer day!  (By the way, notice my millions of freckles on my face!  I wear a hat and SPF 85 every day.  Geez!) 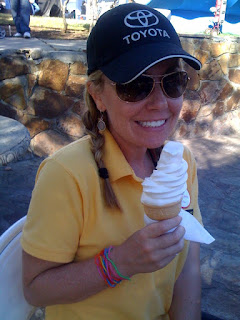 Happy 10th Birthday to the Toyota Prius--10.10.10!  My favorite car and probably one of the most innovative technological breakthroughs of the last decade.  This car was a game-changer back in 2000 when it was launched. Toyota hoped to sell about 12, 000 units that year.  Now, over a million Prius have been sold worldwide and over 650 MILLION gallons of gas have been saved. 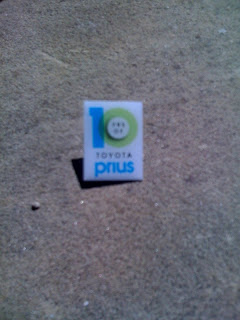 Yes, I am so strong, I can hold up a Dodge Ram with only two hands.  We're that strong at Toyota. 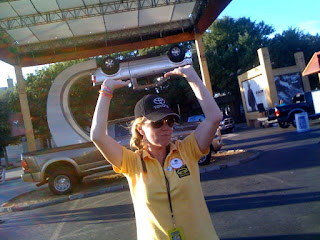 Um, attractive picture of my nap.  Yes, this wound up on Facebook too, all thanks to my co-host, Matt Troyer.  Hey, it was a long weekend and I needed to recharge.  I hope your weekend was just as much fun! 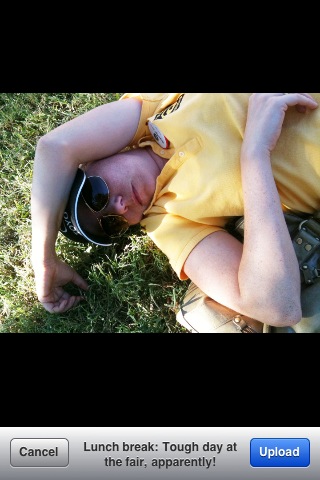