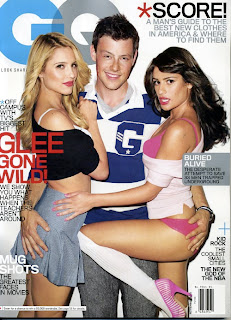 Well, the controversy of the week belongs to GQ Magazine and the cast of Glee.  Someone has to be a part of a media's salacious story of the week and I imagine Lea Michele and Dianna Agron are wishing it would go away or that the cast of Hellcats would do something tabloid-worthy.  If you missed all of the controversy, the Parents Television Council "denounced the makers of the TV show 'Glee' for a hyper-sexualized GQ photo shoot that will be featured in the November issue.”  Words like "pedophilia" have been thrown around in the press and Dianna Agron took to her blog and apologized to those that are offended by the shoot. 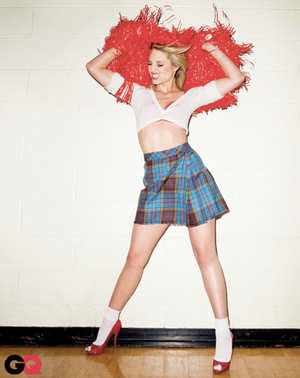 Many people have weighed in on the photos adding that the cast members involved in the shoot are all in their 20's and that Glee really isn't a show for the young set.  I think what people are failing to realize is that they are missing the real point of this controversy.  We get it:  GQ is a men's magazine, Glee is a hot, and sometimes racy, show, and parents to need monitor what their kids are watching on TV or reading in magazines.  The real tragedy is the handlers for these young stars.  I am sure there was a network publicist or an agent/assistant/manager to one of these young stars on set that day.  Who decided that Lea Michele posing with her crotch open to the camera in white panties would be great for her career?  I realize at 24 years of age, she is an adult, but she has been thrust into the spotlight and things are happening around her quickly.  That is when you need a strong advocate on your team and they failed the young stars of Glee that day.
Look, I think that the Dianna Agron pictures aren't that bad. She is dressed like every video vixen from the 1980's and Cory Monteith gets off easy because he is a guy.  It's Lea Michele who really gets stuck.  Her body looks amazing, but she really needed someone in her corner that day.  Unless you have a contract to pose for Playboy or Penthouse, you should never spread eagle in front of the camera.  I actually feel bad for her.  If you want to know what happens to young Hollywood, it starts with all of the handlers saying "yes" to everything for fear jeopardizing their young star's career and the cash flow that is coming in so quickly.  When people learn to say "no", you have a career like Anne Hathaway, not Lindsay Lohan.  The bottom line, young actors have to start understanding show business is just that:  a business that is dying for you to put on a show.
Take a look at more of the photos from the November issue of GQ.  Weigh in. I want to know what you think: 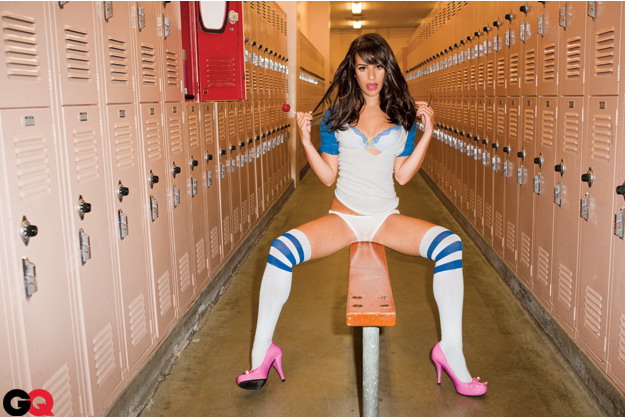 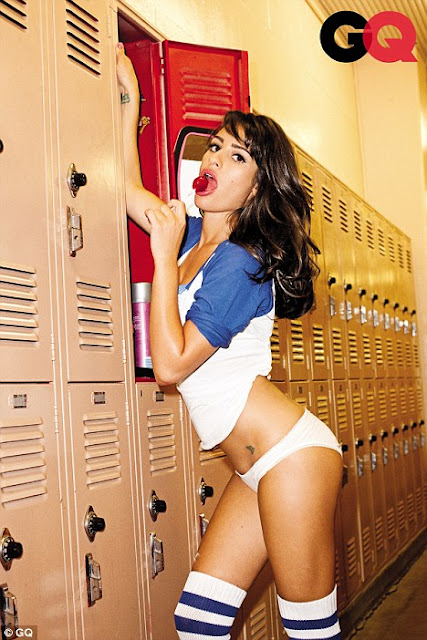 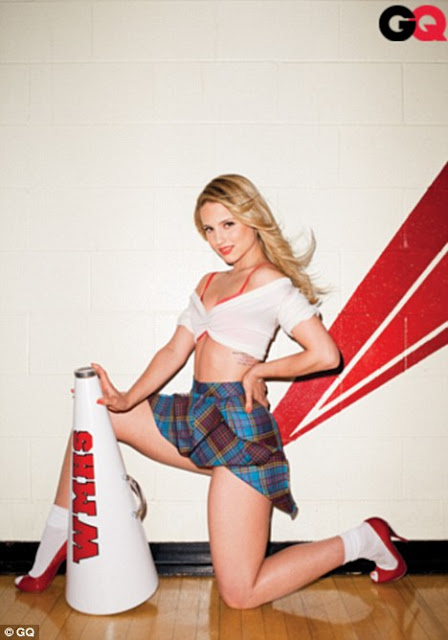 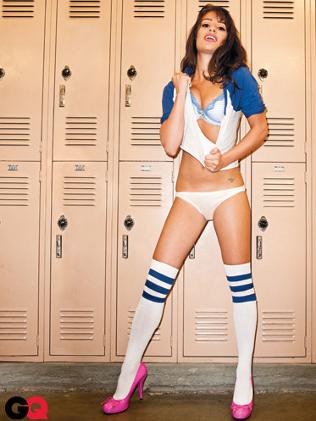 **All photos are property of GQ Magazine.
Posted by Kristyn Burtt at 8:51 AM