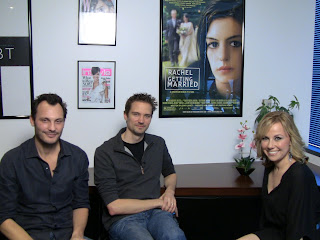 It's Day 2 of Web TV Week and today is The Bannen Way day here at The Web Files.  We shot this interview at the beginning of 2010 just as their series was launching and in the middle of the Streamys nomination controversy.  To look back on it now, four months later, is pretty interesting.  Some controversy may still linger, but I don't think it is aimed at The Bannen Way.  The frustration is aimed at the Streamys rules which I am sure will be modified over time.  The Bannen Way proved to be an internet and a Streamys success.  The show has also become a great calling card for editor, Zack Arnold, who is now working on USA Network's, Burn Notice.  Here are the nominations for The Bannen Way:

Now, check out The Web Files interview with Mark and Jesse: The Bannen Way