The Friday Five: Best Olympic Moments Of The Week 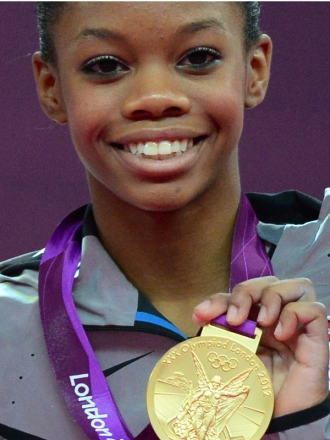 1.  Gabby Douglas:  My girl won.  The best thing about this Women's Gymnastics All-Around competition is that it was fiercely fought and won.  The top 2 ladies didn't have a single fall all night. In this day of incredibly difficult gymnastics, that is almost unheard of.  Also, Gabby is the first black gymnast to win the Olympic All-Around Gold Medal, this is historic.  If you want to understand how significant this is, watch former Olympian, Dominique Dawes, well up with tears when talking about Gabby's win. 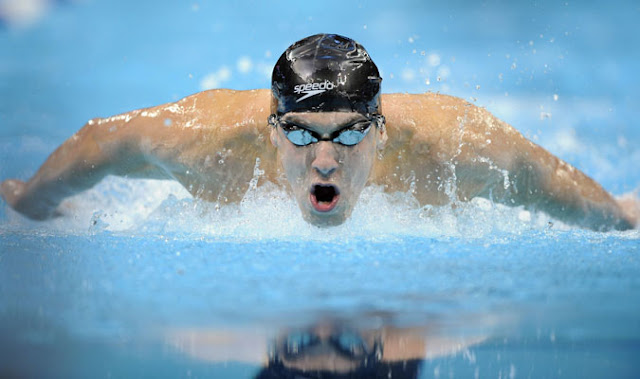 2.  Michael Phelps:  After a rough start, he finally became the most decorated Olympian ever.  While I don't find him compelling as a personality, I sure can appreciate his unbelievable athleticism and competitive fire.  At this point, he has 20 medals and he still has two races to go.  Impressive, but it sure is going to be weird to experience the 2016 Rio Games without him. 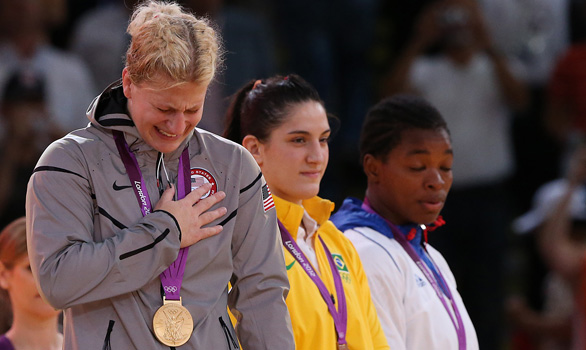 3. Kayla Harrison:  While Judo may not be the sexiest sport of the Olympics like Women's Beach Volleyball or Water Polo, this athlete has brought a lot of great attention to her sport.  She has had a long road as a survivor of sexual abuse from a former coach yet, she can walk away from these Olympics with a gold medal.  I think we can all feel her emotion when she hit that the medal podium on Thursday.

4.  McKayla Maroney:  This girl has so much fire, she's tiny, and she's fab.  She's also the best vaulter in the world.  If you missed her vault in Women's Gymnastics Team Finals, then you better watch the video.  She's also a total ham and her sassy Instagram photos are the subject of this awesome tribute from Buzzfeed. 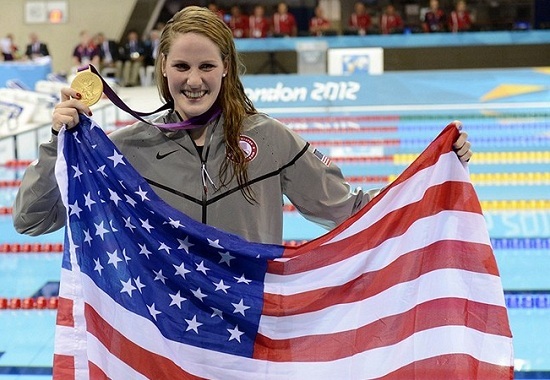 5.  Missy Franklin:  Besides being a gifted swimmer, this girl looks like she is having the time of her life at the Olympics.  Too often, we see stressed out athletes because this is the biggest meet or match or game of their life.  Missy is soaking in every moment while still performing like an elite athlete.  It's kind of awesome to see someone smile before a race.  Oh, and she's only 17-years old, she has two gold medals, and she received a tweet from the Biebs.  That's a good day at the office.

If you want to join me this weekend, I will be talking all about the Olympics and entertainment news. Here's where you can join me:


Saturday:  Cocktails and Conversation talking entertainment news with my favorite ladies. 5AM PT/8AM ET.  Listen here.
Then, at Noon PT/3PM ET on Spreecast,  Stuart Brazell and I will be joined by tech blogger, Ashley Esqueda, who just returned from the London Games.


Monday:  Behind The Red Carpet Live with guest, Hank Chen.  He's been ruffling a few feathers on the internet this week, so we will be sure to hit all of the hot topics in entertainment news.  Join me on Spreecast at 6:30PM PT/9:30PM ET.  Watch here.
Posted by Kristyn Burtt at 3:00 AM