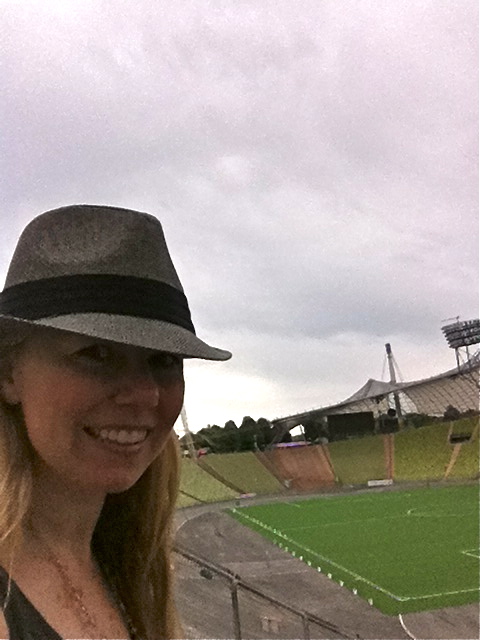 As you can see it was kind of a stormy day in Munich. I loved every minute of the 65 degree weather since it has been so hot in Los Angeles the past few weeks.  It was welcome relief to just enjoy "fall" weather.  If you know me well, then you know my first stop would be Olympic Park, site of the 1972 Games.  I was so excited to be here and sit in the Olympic Stadium which is now used for soccer....er, football, you get the idea.  The grounds are beautiful and lush and I even managed to see the site where Mark Spitz set the record on 7 races coming home with gold in each event.  That is kind of awesome.  I also went through the maze of Olympic Village and Building 31 where the Israeli athletes were kidnapped.  Not so awesome.  I was kind of disappointed that the memorial to the fallen athletes was small.  I guess I expected something beautiful and majestic in their honor.  It was more of an afterthought on the grounds. (But given the recent controversy surrounding the IOC's reluctance to honor the 40th anniversary at this year's London Games, it really should be no surprise to me.)

The stadium is still bedecked in 1970's avocado green and the rake is so steep and without rails, it would never be up to code today, at least in the US.  I had sweaty palms as I walked through the upper deck praying I wouldn't trip and tumble down the steps.  If you notice on the roofline, you can see people up top.  They offer climbing tours and zip lining through the stadium.  How very touristy, but it was fun to watch them swinging over the workers prepping the soccer/football field below.  The other odd thing is that the Olympic rings are not really on display.  I thought it would be decorated in rings, but I couldn't grab a photo anywhere.  I took tons of photos, but I figure the stadium was enough to focus on for my photos today.  Tomorrow, I shop and I work.  Auf Wiedenshen 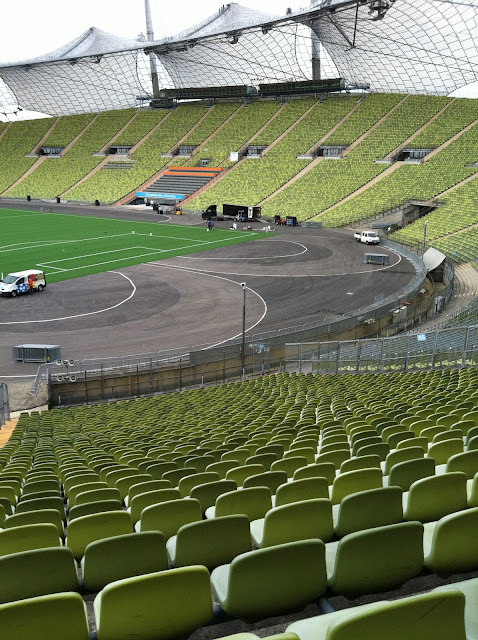 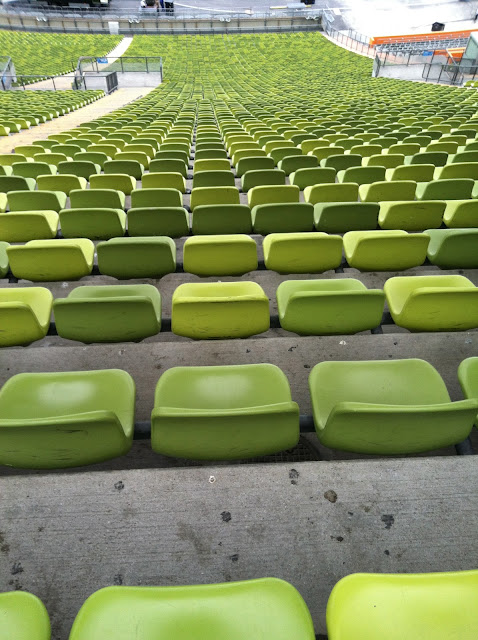 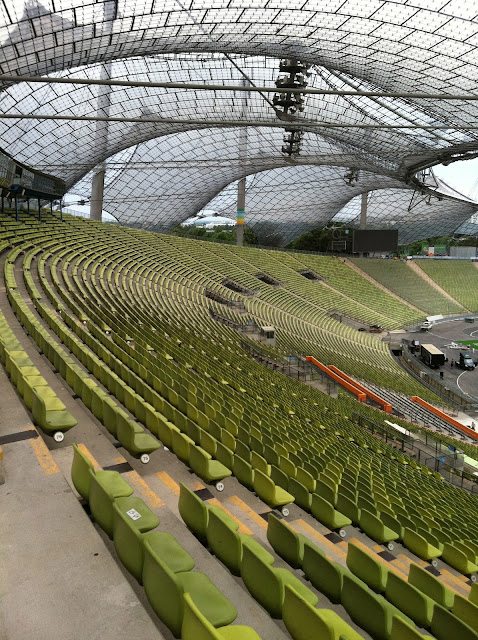 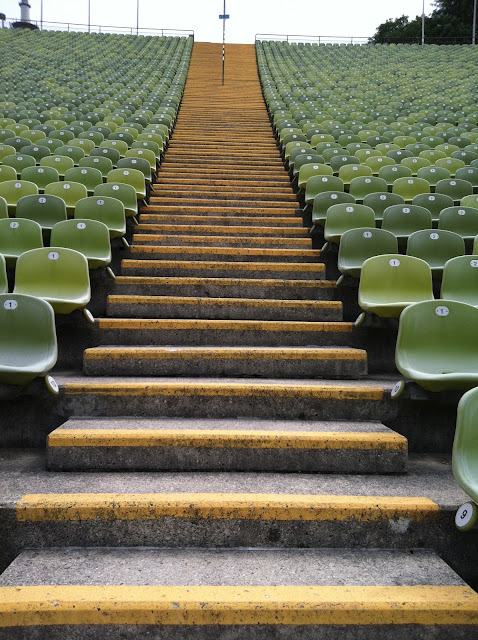 Posted by Kristyn Burtt at 2:42 PM