Munich: Photo Of The Day 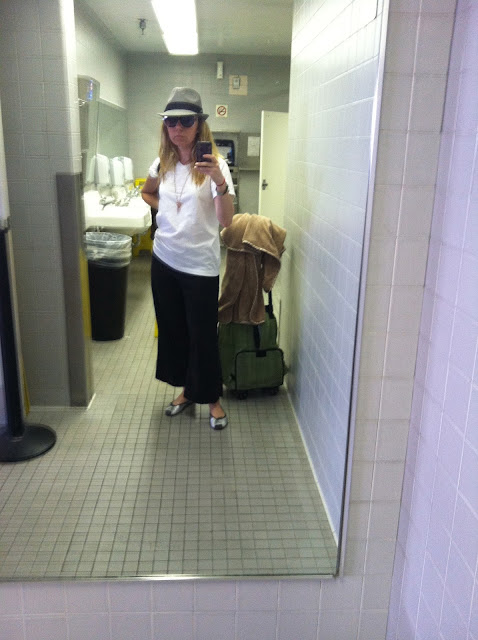 I have safely arrived in Munich after a 13-hour trip from LA to Chicago to Munich.  I am a big fan of public transportation, so I looked up my hotel to see how easy it would be to get from the airport to the neighborhood I am staying in. Since the Munich Airport is farther out compared to most European cities, I had to hit the train and a bus.  A girl came up to me in the airport and handed me a free bus and train pass for the day and told me to "pay it forward" since she was heading home back to the States. Score!  My first ride through Munich was going to be free.

I have to admit I have been a bit intimidated by the German language since I only know how to say "hello", "thank you", and "awesome".  It's much easier in the romance language countries since I know enough Spanish and French to have a conversation, not so much here.  I was worried I was going to wind up in the German countryside versus my hotel, but I am happy to report that their signage was perfect and I made it safely to my home for the next week.

I managed to grab drinks and food with my colleagues today and actually have a bit of a post-mortem meeting on the event I hosted last week in New Jersey.  It's kind of weird to meet up in Munich to talk about a NJ gig, but I am not complaining.  I am still amazed people are willing to fly me all over the world to host a show for them.  Tomorrow begins my first day of rehearsal with a bit of sightseeing mixed in.  I will be updating this site each day with a photo.  Today, I leave you with my travel outfit.  I honestly hate it when people take photos in the bathroom, so hopefully, this is my last, but I couldn't resist.......I looked like a homeless Olsen twin.

Posted by Kristyn Burtt at 3:40 PM