I always love demystifying Hollywood whether it is from the "days of yore" (Guess which show that quote is from) or taking current accepted practices in the entertainment industry and revealing the truth. Today's edition of Hollywood secrets is telling you the truth about reality shows.......they aren't real.  Here are three things to think about: 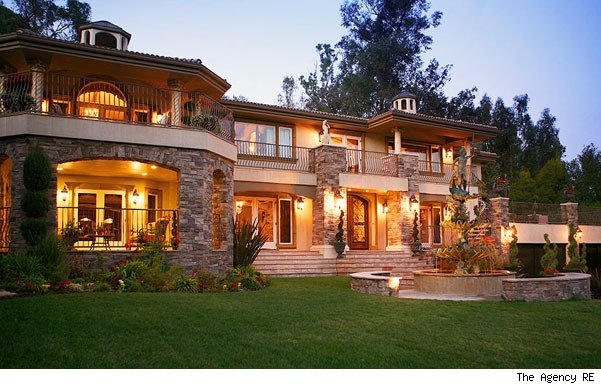 1. The Kardashian House:  Yes, I try to keep this site as Kardashian-free as possible, but this fact irks me.  The house that they show in Keeping Up With The Kardashians is not even in Calabasas.  It is in Studio City on a heavily-traveled street that not only counts George Clooney as a neighbor, but it is also the exit of a well-trafficked canyon and hiking trail in LA.  This house is so recognizable, I have no idea why the producers tried to pretend that it is their home. (I know the Kardashians want privacy, but this home is SO well-known.)  In fact, they need to figure out what they are going to do for next season because the house is for sale. I hope the new owners negotiate a fat fee to pass their home off as a Kardashian home.  Below are a few photos I took on my recent hike and check out a recent real estate article about this farce. 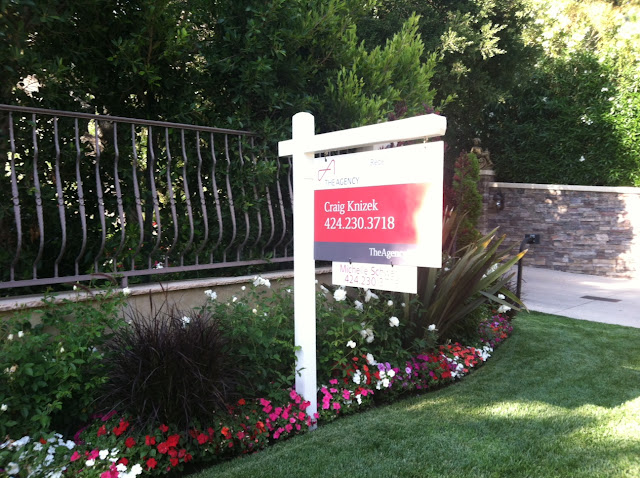 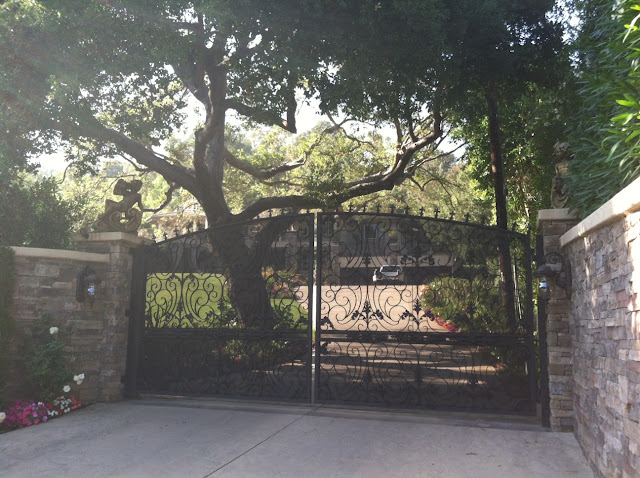 2.  Housewives:  Let's all just admit it, most of us watch one franchise or the other.  I am a huge fan of the Beverly Hills edition because it is so close to home.  The stories that have evolved from this series are dramatic and often tragic, but they are real.  It's is sometimes hard to remember that what we are watching on camera is a person's real life.  This fact hit me on Friday when I was at the GBK Productions MTV Movie Awards gifting suite when I interviewed Taylor Armstrong who has had a tough year.  In my mind, she is always crying, breaking down, and fighting demons in her life because that is what I have watched on the show the last two seasons.  Well, it was refreshing to see her happy and full of joy during our interview.  She couldn't confirm that they were currently filming the next season, but I can confirm they are.  Let's hope her story takes a turn towards happiness:

If you want to see the Chagoury Couture dress we both wore and mentioned in this interview, click here.


3.  The Bachelor:  This is probably one of the most fake shows on TV.  I used to watch it for the cheese factor, but it is amazing to me how many people buy into this fantasy. If you don't believe me, go visit my friend, Reality Steve.  He will give you the inside scoop on the smoke and mirrors of this franchise.  I honestly think this show needs to fade away, but y'all keep watching.  Stop it!  Anyway, here's a 2010 interview with Vienna Girardi, "winner" of Jake Pavelka's season.  She debunks the fancy food and timeline of the show.  You can see her comments at the 1:14 mark:

What do you think about the "reality" of reality television and why do you keep watching The Bachelor?
Posted by Kristyn Burtt at 9:19 AM