Beginning today, I will be doing a weekly series called, Behind the Red Carpet.  I am going to break down the myths of Hollywood because this town is nothing but smoke and mirrors.  I've done a few pieces like this before (See Kardashian House, Oscars Red Carpet, and What is a Press Junket?), but I think it is time to make this a regular feature on Red Carpet Closet.  So, if you have questions about how things operate in Hollywood, why certain celebrities are photographed more than others, or why this town is so darn crazy, contact me in the comments below, on Facebook, Twitter, or via email.  I look forward to hearing what you want to know about Hollywood.

Now, let's get cracking with three absurd Hollywood photos of the week:

1.  Leann Rimes Cibrian:  Um, who gives their husband a birthday cake with his favorite things including sexy bedtime and his two little boys (Watching? Listening in? Thinking about the therapy they are going to need?) on the front of the cake and then TWEETS it out to over 298,000 followers?  Awkward.  When I see things like this, I think Team Brandi. 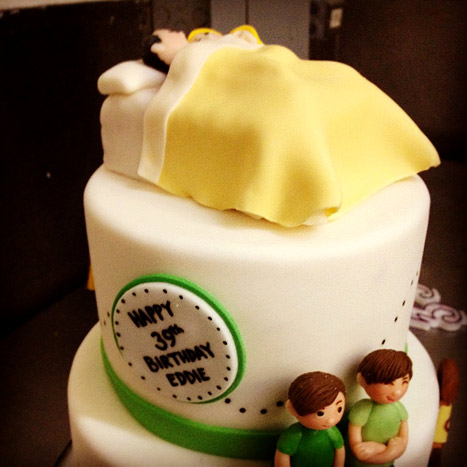 2.  Ashley Olsen:  So our gal Ashley is dating an older man, Olivier Sarkozy, who happens to be the half brother of former French President Nicolas Sarkozy.  He's 43, she's 26.  Oh yeah, one of the girls in the photo is Olivier's daughter and the other one is his date.  It's hard to tell the two apart, no? 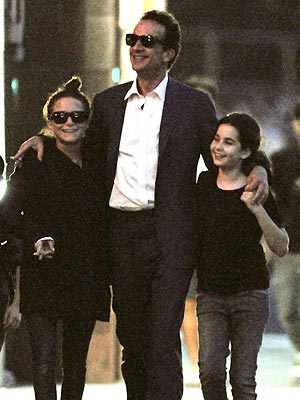 3.  Kim Kardashian:  Sigh.  I hate to give this gal more press, but I am going to call her out on this dress.  Kim was complaining on Twitter that the press was saying she was wearing Spanx under her Stella McCartney dress.  She set the record straight and said the dress came with nude panels.  I am setting the record straight to let her know that Spanx or nude panels, the dress is still ugly. 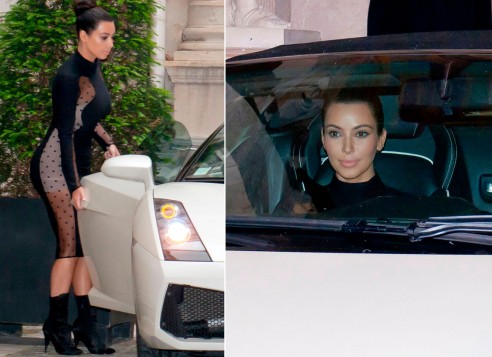 Okay, it's your turn.  What do you think of this week's Behind the Red Carpet? What do you want to see next week?
Posted by Kristyn Burtt at 9:01 AM