Are We Really Doing The Gold Trend, Ladies?

Lately, I've noticed a trend in Hollywood and no, it's not a baby bump, it's the gold engagement ring.  For the last two decades, the platinum (or white gold) cushion-cut diamond ring in robin egg blue Tiffany box has been the ultimate standard for engagements.  Yet take a look at the rings recently given to two Hollywood gals under the age of thirty.......gold bands and a very non-traditional style.  Has the tide finally turned? Are we doing the gold trend now in engagement rings?  Let's take a closer look at Miley Cyrus and Diana DeGarmo's engagement rings and Tori Spelling's anniversary ring......... 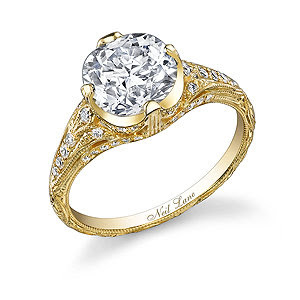 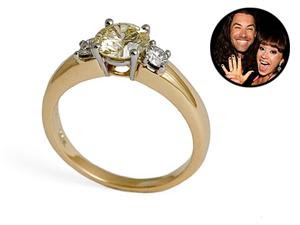 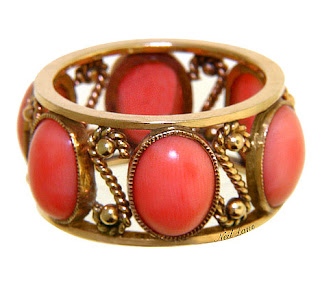 What do you think of the gold trend?  While I am a huge fan of Tori's ring, I think I still prefer the platinum look.  Miley's ring is very elegant, but just not my style while Diana's is definitely a personal taste issue.  I want to hear what you have to say!  Let me know on Facebook, Twitter, or in the comments below.

Hello, Idaho! I will be appearing on NewsTalk 690 with Tim Lewis tomorrow morning at 7:35AM PT/10:25AM ET.  You can listen in LIVE here.  We will be talking about the summer box office and I will give you the inside scoop on my interviews with the Rock of Ages cast.  Tim interviewed me during Oscar season and it was one of my favorite interviews during that crazy month.