Should Celebrities Give Great Customer Service? 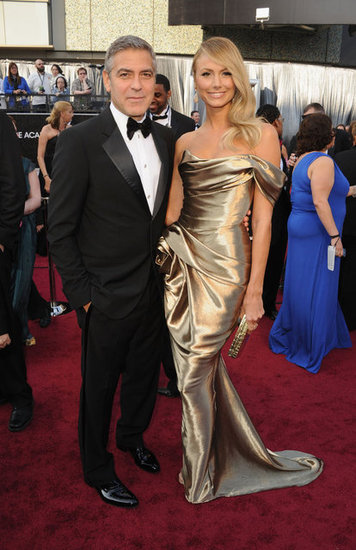 On my flight to Chicago yesterday, I picked up a People magazine to bide my time on the three and a half hour trip.  I am actually one of those crazy people who reads a magazine cover to cover including the MailBag section.  A letter to the editor caught my eye, so here is the letter in full:


"Thank you for your usual fine coverage of the Oscar celebrations.  This year I had the good fortune
to be in the red carpet bleachers, and I must report that absolutely the most generous and kind celebrity in terms of fan interactions was George Clooney.  He was clearly having a great time and was the only star I saw who came over to the velvet ropes to sign autographs and allow fans to take photos.  As an expert in customer service, I applaud George Clooney for great service to his customer at the 84th Annual Academy Awards."
Donna Cutting Asheville, N.C.

Most people might read a letter like that and pass it off as a fan letter to George Clooney, but what struck me was her comment about customer service to his fans.  After going through two Oscar cycles and interviewing more celebrities as a result, it is important for actors to understand that giving great customer service is a part of their job.  Now, I'm not talking about jumping up to greet fans at every meal or while on vacation, but making an effort to walk over to fans at premieres, red carpets, and public press events goes a long way with the people who are essentially paying the stars' salary with each film that is released.  George is a master at this, but the man who wrote the book on fan customer service is Tom Cruise.  Whether you like him or not, he is one of the kindest celebrities who always says "yes" to his fans.  Why?  He "gets" it.  He knows that these are the people that created his career, that bought tickets to Top Gun and stayed with him through his latest Mission Impossible film, and he knows that one small interaction with him will make a great impression.....and keep that fan buying tickets to his movies. 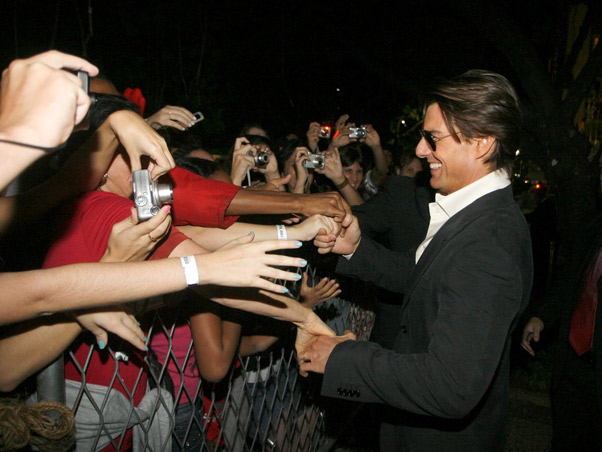 When I do radio appearance like here or here, I often get asked who my favorite celebrities are to interview.  My favorites celebrities are usually the ones you don't expect because often times the bigger names have a tendency to disappoint me in interviews.  They hate to do press, they don't want to be in the room, and they don't try to hide it.  I totally understand that the questions can be inane and repetitive, but sitting through eight hours of a press junket at a five star hotel is way better than being a coal miner, right?  I have repeated it over and over, but it's a part of their job.  It may not be their favorite part of the job, but it comes with the territory of fame, money, and celebrity.  So, I would love to see some stars embrace this part of their job and enjoy the process because it is the press and the fans who make sure your next ten million dollar paycheck clears.  Sadly, the George Clooneys and Tom Cruises in the industry are pretty rare, but that quality is also what makes them huge A-List stars.  They just "get" it.

If you want to read more on press and the entertainment industry, see my other articles here and here.

Posted by Kristyn Burtt at 7:38 AM