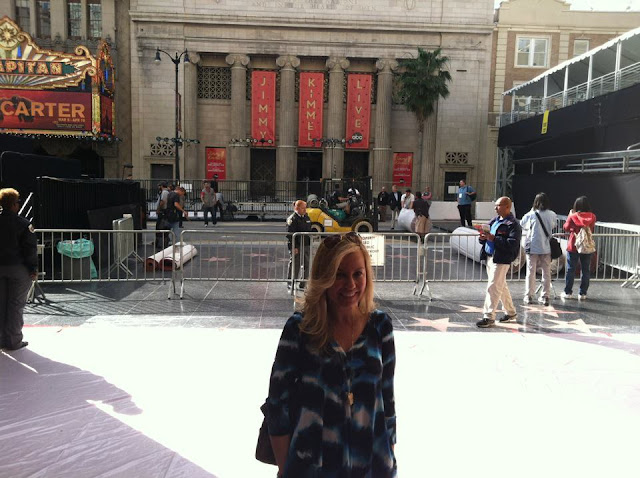 Today was the official unrolling of the red carpet on Hollywood Boulevard and in the video below, I give you a glimpse of what it looked like before.  We will show you plenty of after shots as the week progresses.  I also found my spot on the red carpet and in the backstage pressroom during the official walk-thrus today.  We received the usual speech about not photographing your credentials and posting them to the various social media sites. (I talked about it here.) It may sound silly, but it is a rule they take very seriously.  Any breech of contract results in a loss of your credentials.  You don't want to be that person and I can guarantee you someone has already had their creds yanked by now.  Now if the Academy only ran the TSA, we would never see another terrorist in this country again.  That's how strictly their rules are enforced.


Later, I went to a fantastic red carpet hosted by TheWrap.com which is one of my favorite awards season sites. (Hit up Steve Pond's column for Oscar insight.)  I had the opportunity to interview Acting nominees:  Max von Sydow from Extremely Loud and Incredibly Close and Demian Bechir from A Separate Life.  I will post those interviews soon, but let me tell you.....the happy crying has officially begun.  For whatever reason, year 2 at the Oscars is even sweeter.  I feel like I belong.
Posted by Kristyn Burtt at 10:25 PM