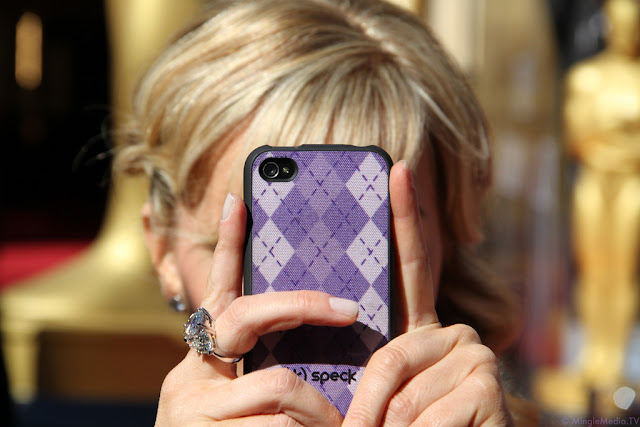 At the Oscars with my iPhone 4.

In December 1984, the big family Christmas gift was a Macintosh computer.  I spent my entire holiday vacation inserting the MacWrite and MacPaint diskettes and wasting reams of paper and ink cartridges printing up my creations.  I even went off to college with my Macintosh about a decade later and wrote countless term papers on that computer. 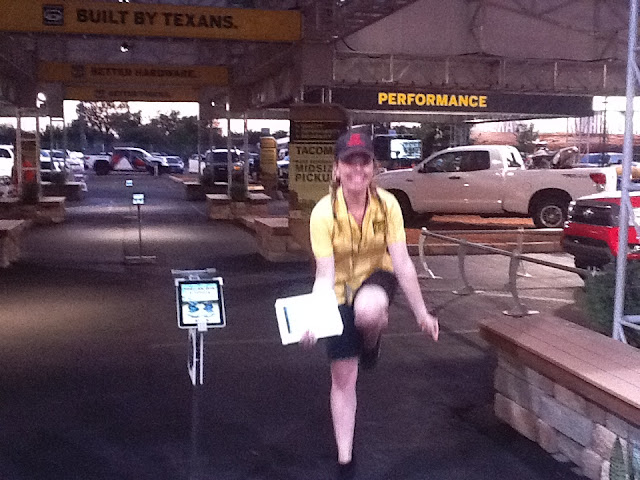 Dancing a little West Side Story with my iPad 2 at the State Fair of Texas yesterday. (I seriously need a spray tan.) 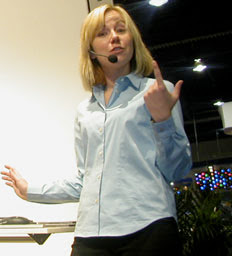 At CES in 2004 launching iTunes for HP.  (Look at that awful haircut!)

In 2004, I had the pleasure of helping HP launch their version of iTunes and the hPod at the Consumer Electronics Show(CES) in Las Vegas.  Yes, this Apple/HP partnership was short-lived, but it was an exciting time. I remember teaching people how they could find a particular song, download it to their iTunes playlist, and then make a mix of a variety of artists.  I remember adding a plethora of Michael Jackson, U2, and No Doubt songs to my unlimited iTunes account while I was at the show.  I was hooked and I watched as others shared in my amazement that week at CES. 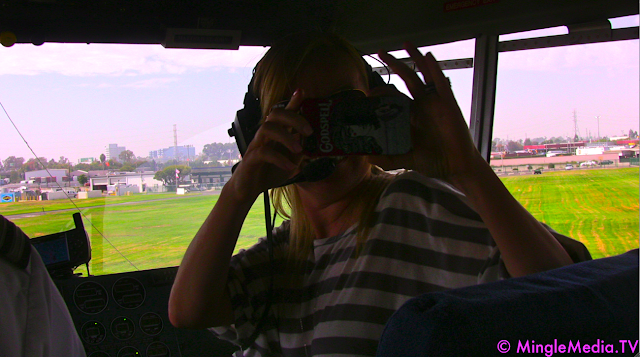 On the Goodyear Blimp a few weeks ago.....

These days, it's rare to find me without my iPhone or laptop and my iPhone has been photographed everywhere from the red carpet at the Oscars to the Goodyear Blimp. I own a collection of Pixar films from The Incredibles to Finding Nemo and I wear my Pixar sweatshirt with pride.  I am a happy Apple owner and shareholder.  My thoughts go out to his family and friends at home and at Apple.  You revolutionized the world.  RIP, Steve Jobs.

I would love to hear your stories about how Apple and Steve Jobs revolutionized your life.  Share in the comments below.
Posted by Kristyn Burtt at 8:59 PM